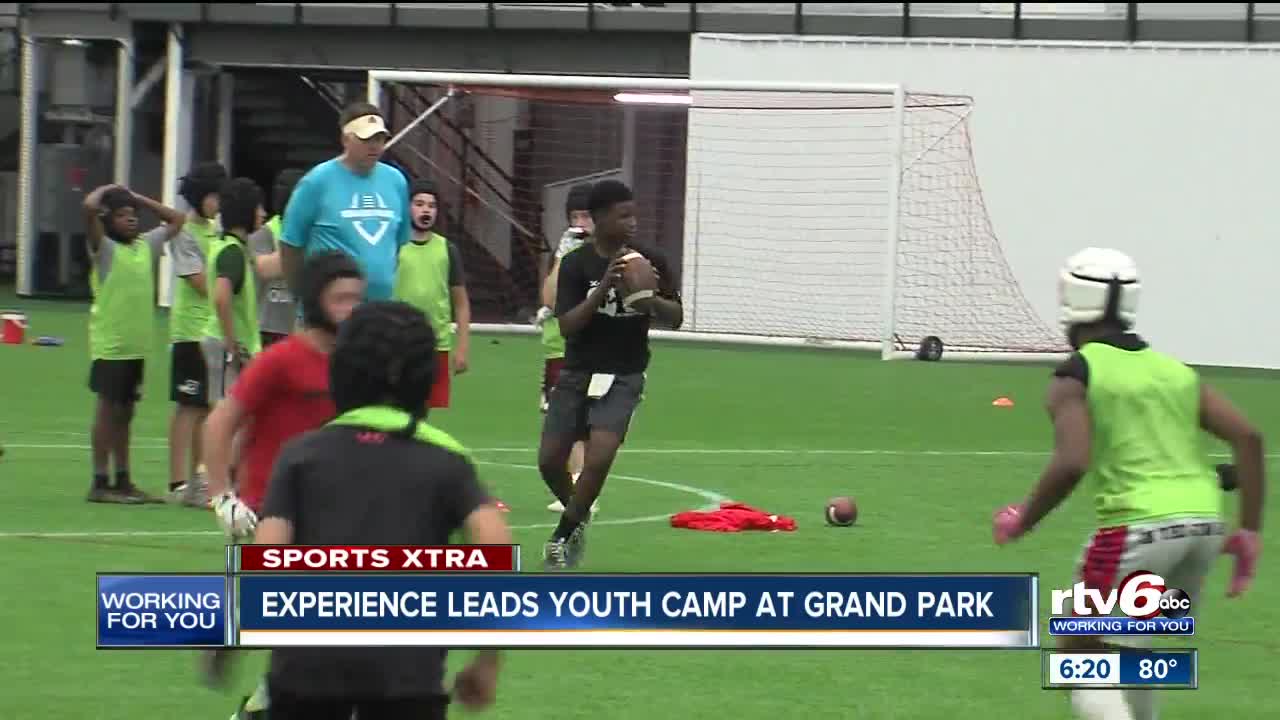 WESTFIELD — With the state in stage four of it's reopening from the COVID-19 crisis, amateur youth sports can get back on the field and at Grand Park in Westfield that means football.

The start of a brand new camp with some legendary instruction. Over 300 kids between all of the sessions. A grand solution for those wanting to get back.

It's the start of summer in Indiana but inside Grand Park's indoor facility it feels a lot more like fall.

It just might be the grab of the offseason — the new Grand Park football camps led by longtime high school coach Lance Scheib.

"I approached Grand Park about a month and a half ago and said I'd like to somehow grow the footprint of football at Grand Park and talking to Will Knox and Matt Trnian and they were like, 'This is a great opportunity,'" Scheib said.

"We've been a big soccer campus. We've had a lot of baseball, softball," Trnian said. "We've grown in lacrosse. Really want to grow the football at Grand Park and found these camps have been a great starting point, especially with these kids, an opportunity to play sports with the COVID situation."

Built from the ground up. Fundamentals first. Advanced level stuff after that.

The camp comes in two waves, third through eighth grade and then the high schoolers. And the instruction may get amped up a little bit as well. Former Colts Robert Mathis and Dan Muir started their own gridiron gang instruction a few years ago. The seven-year NFL vet and the Colts all-time sack leader should get their attention.

"It's funny because a lot of these kids were born after I was in the league so I know they don't remember a whole lot," Mathis said.

"It does make you feel very good especially with the big guys being able to get these pass rushers going, these pass blockers going," Muir said. "It's good because they get neglected a lot of time."

It's position-specific training from guys in the trenches. And they just added 11-year Charger offensive lineman Nick Hardwick. Remember, he didn't even play football in high school.

Going to Lawrence North, he would have thrived with this sort of instruction.

Whether you're throwing, catching, or digging deep in the trenches, it's a summer school unlike most.

"It's just been great to see the kids run around, laughing, doing what they've loved to do during this time of the year," Scheib said.