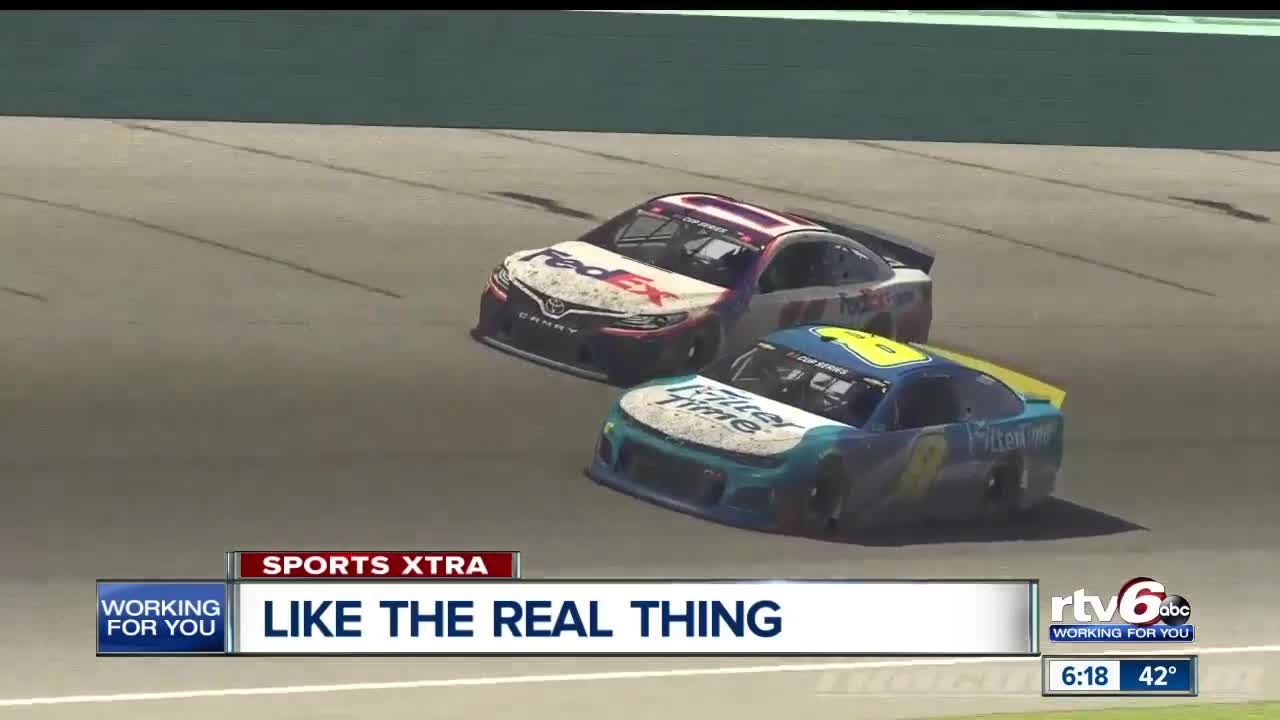 The scenics looked the same. So did the cars, but the images of race cars running down the track was all virtual in something called iRacing.

Sunday's simulated race in Homestead, Fla. was a big hit. It could be a weekly thing.

25-year-old Chase Briscoe was in from the beginning. A three-time winner in NASCAR's Xfinity series, the Mitchell, Ind. native picked up the prestigious rookie of the year award last year and spoke with RTV6 from North Carolina.

"I've been racing online since I've been 6-7 years old. I've been iRacing since 2011," Briscoe said. "I've met a ton of buddies on there but never in a million years thought we'd be racing on live television. I was going to bed last night and I had 'Sportscenter' on they were showing highlights of the race so it's pretty crazy to think it's came that far and a testament to how good iRacing is."

Briscoe competed from the comfort of his own home, social distancing at its best, with a rig built by an Indy-based company called RLAPS.

"Mine is a full motion one," Briscoe said. "You can see here and there. My whole simulator will move up and down and left to right."

Creating a true feel for what it's like inside an actual race car. And there's more.

"iRacing goes in and actually laser scans each track," Briscoe said. "Literally every single bump is there in the simulator and every billboard is the exact same so if you go by visual markers you lift in the same spot in the sim as you would in real life."

For the record, it was Denny Hamlin who edged out Dale Earnhardt Jr. to win the race. Chase in the 98 car finished fourth.

"It's crazy. I think we had 10 laps to go I passed for fourth and right behind Dale Jr. and I was more nervous then than I am in real racing," Briscoe said. "This stuff, even when we're not on tv, it feels like your heart's beating through your chest."

A little something for those needing a virus-free distraction. Call it a spin, in more ways than one.