Strong second half good enough to lift Mavs over Pacers 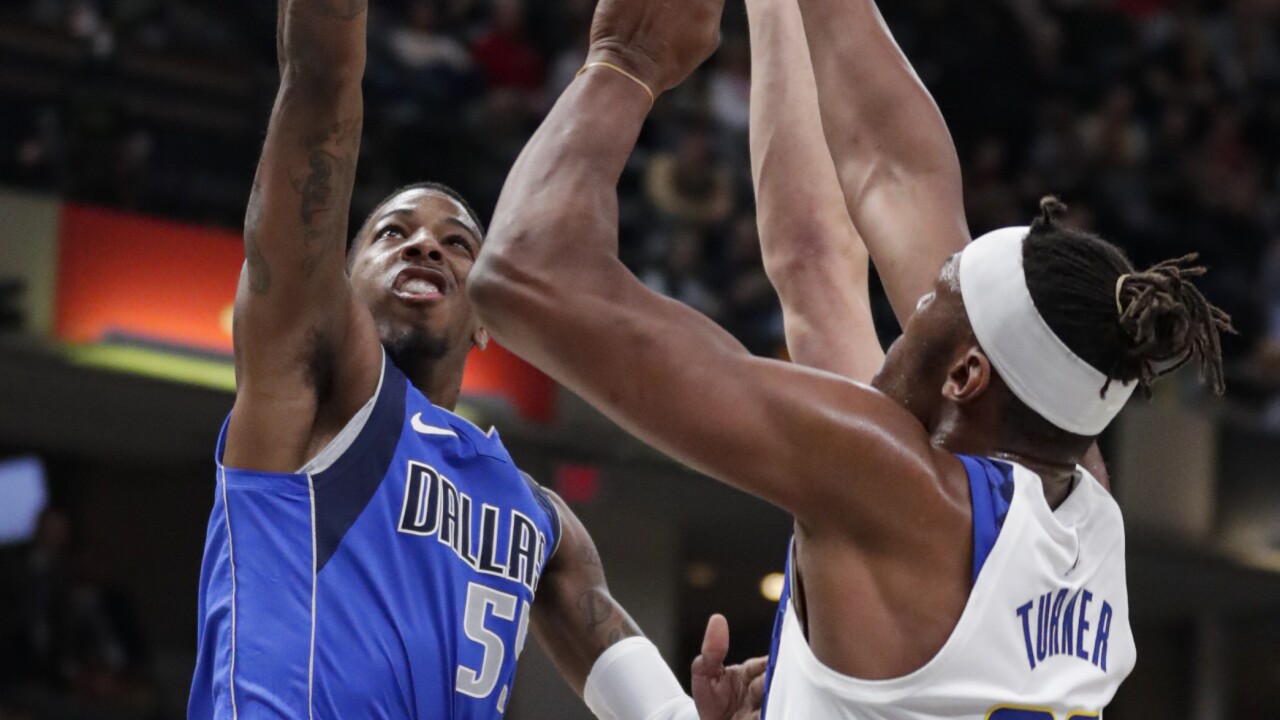 INDIANAPOLIS — A strong second half was just enough to lift Dallas to a 112-103 win over the Pacers. It was Indiana's second straight loss, both at home.

Kristaps Pozingis had a big night for the Mavs, finishing with 38 points and 12 rebounds.

Indiana took a two point lead into the third quarter but trailed by five heading into the final period. Dallas would quickly go up by nine in the fourth quarter and hold off any Pacer comeback attempt.

Domantas Sabonis led Indiana with 26 points and 12 rebounds. Victor Oladipo, playing his third game since returning from a year off with a knee injury, had another difficult night, hitting four of 17 shots for nine points in 23 minutes of play.