Strong second half lifts Indiana to road win at Minnesota 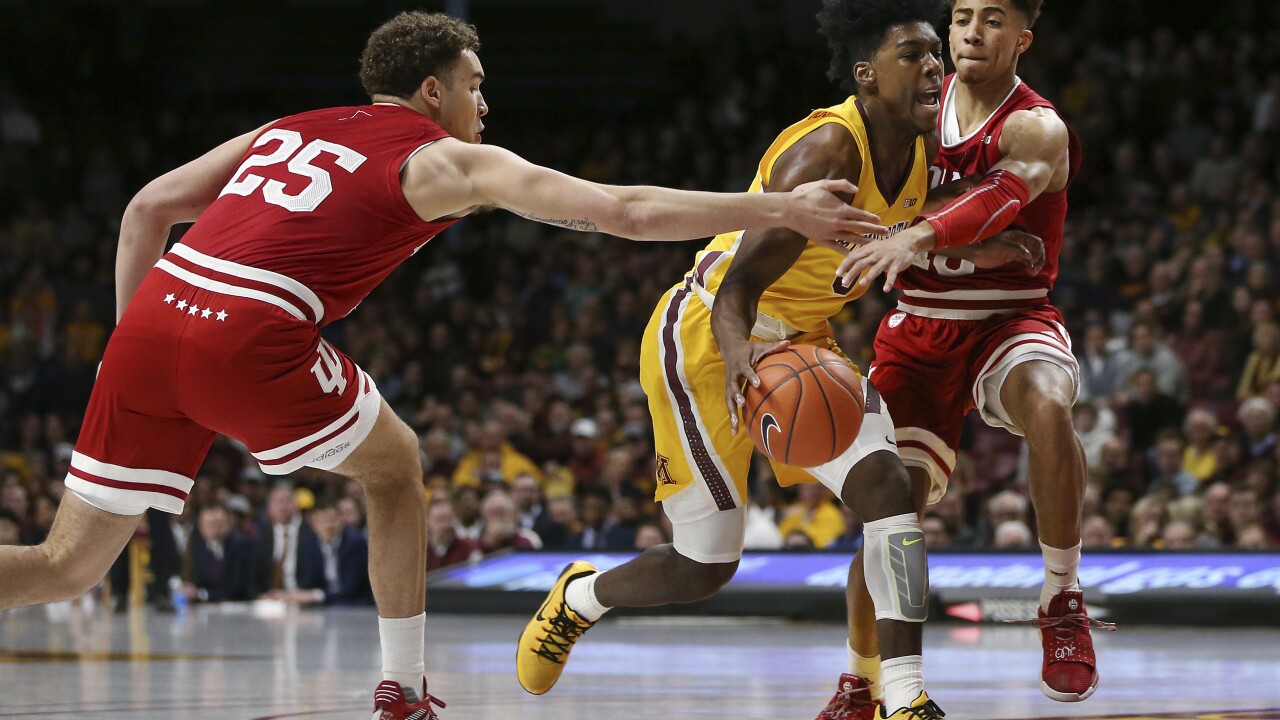 Stacy Bengs/AP
Minnesota's Marcus Carr maneuvers the ball through the defense of Indiana's Race Thompson, left, and Rob Phinisee during the first half of an NCAA college basketball game Wednesday, Feb. 19, 2020, in Minneapolis. (AP Photo/Stacy Bengs)

MINNEAPOLIS — Freshman forward Trayce Jackson-Davis had 27 points and 16 rebounds in leading Indiana to a 68-56 win at Minnesota Wednesday.

The Hoosiers turned things around in the second half, outscoring the Gophers 40-25 after trailing by three at halftime.

Having lost five of their last six games, the Hoosiers needed this win to improve their post-season chances. Indiana is now 17-9 overall and 7-8 in the Big Ten.

Next up for the Hoosiers, 9th ranked Penn State at Bloomington on Sunday.