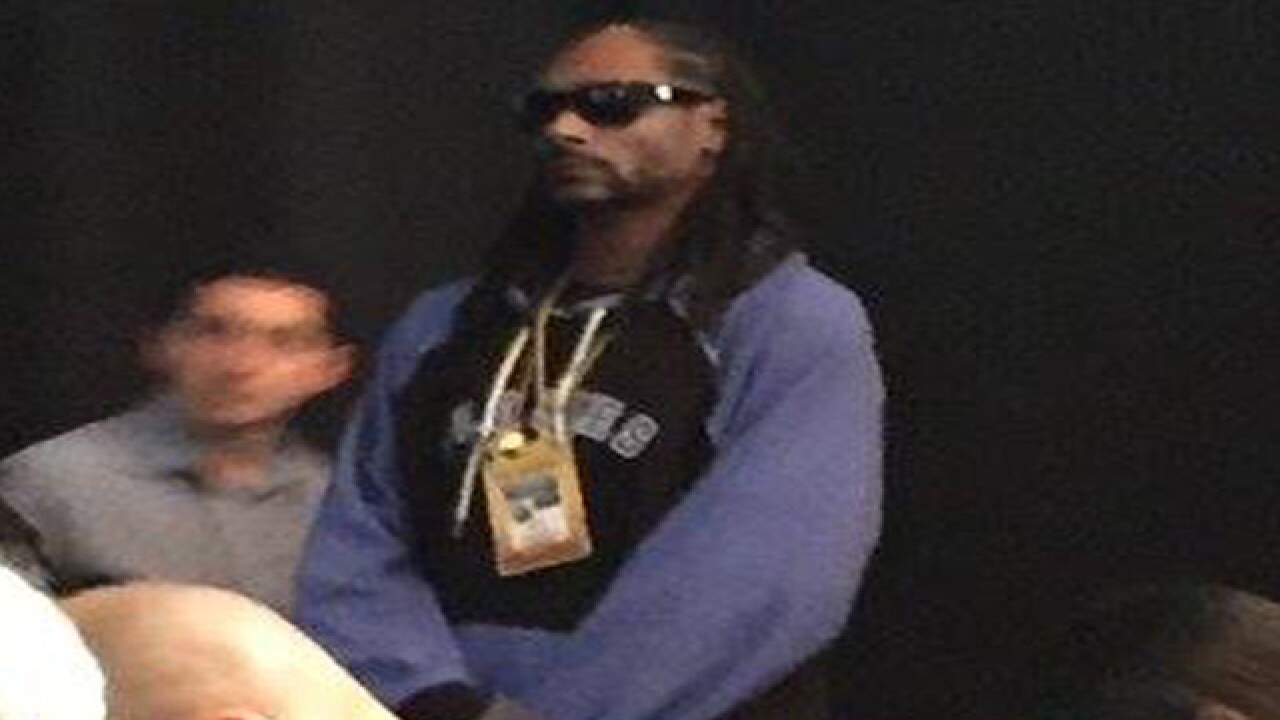 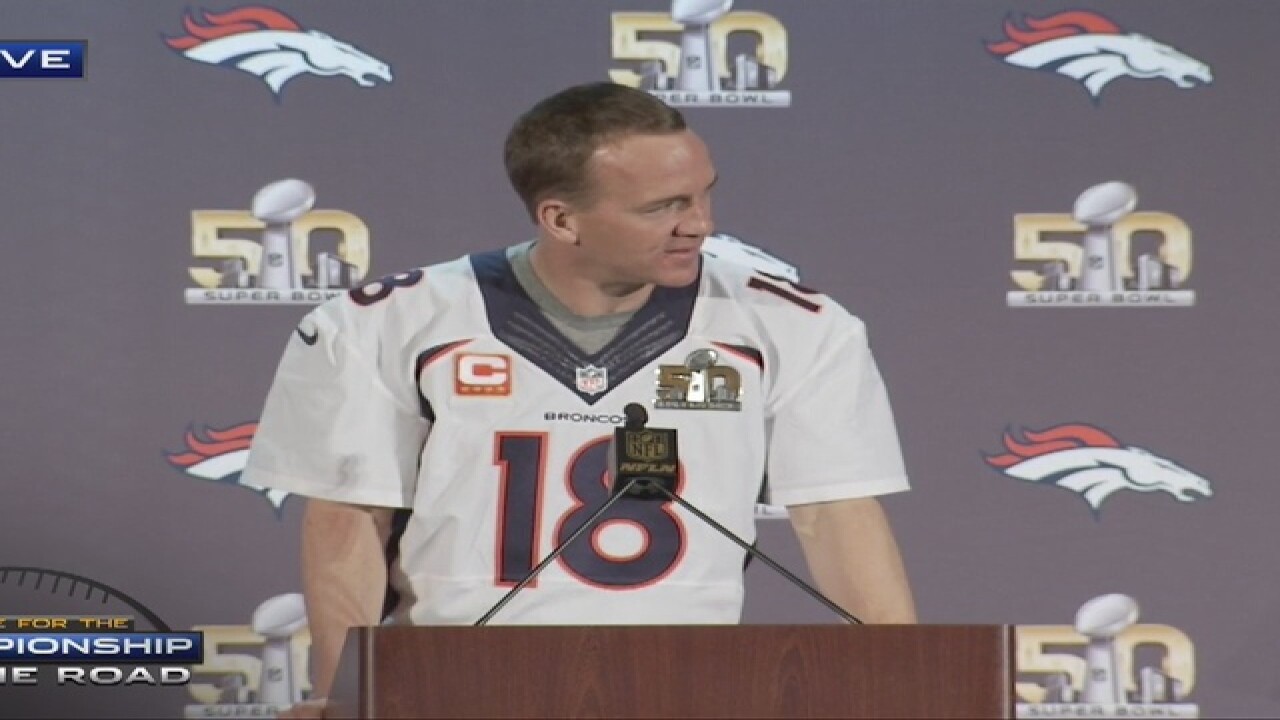 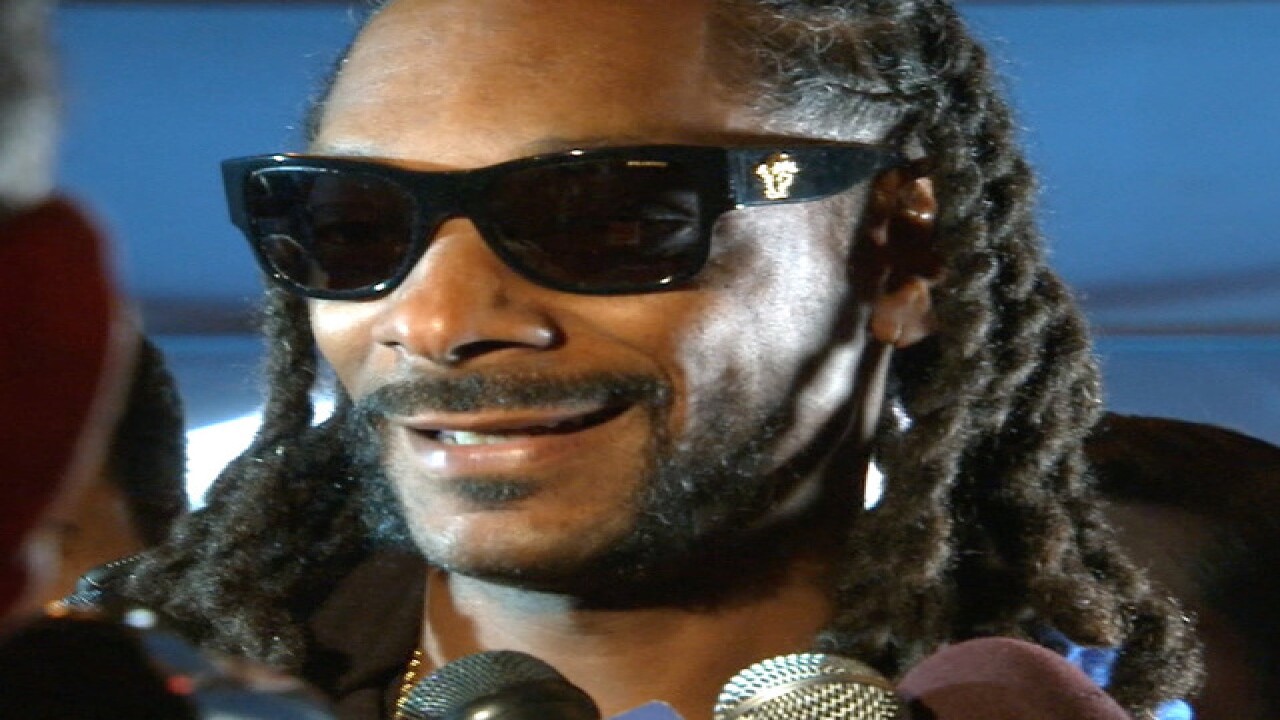 Few people could steal headlines away from pre-Super Bowl hysteria. Snoop Dogg, we’ve learned, is one of them.

On Thursday, the final day of press conferences, a throng of reporters gathered in front of Broncos quarterback Peyton Manning. He answered a series of standard questions, and then, renaissance man Snoop took the mic.

“Peyton, Snoop Dogg from the Rich Eisen Show. First off, can I get a 50 percent discount on Papa John’s Pizza when I’m in the state of Colorado?”

Wonder why? (But not really.)

Manning was unfazed. He answered with professionalism.

Snoop followed up by asking if Peyton takes advice from dad Archie and brother Eli as he approaches the Super Bowl.

“Well, Snoop, I always enjoyed my conversations with my dad and Eli, as far as things that have to do with the NFL. I had dinner with Eli the other night and he and I talked about a lot of things - certainly when he played against these guys earlier in the year,” Peyton said. “My dad’s always been a great sounding board for me throughout my lifetime.”

Snoop walked casually through the room, wearing sunglasses and a sweatshirt while holding his microphone, and continued on to other Broncos.

“He don’t be delivering pizzas to the locker room?”

Mathis responded that he asks for promo codes all the time and gets nothing.

“Well, I got him to agree in front of the whole world that he’d give me a 50 percent discount. If you guys win the Super Bowl, I’ll extend it to you.”

"Peyton is my friend, man. Do you see how we interact together?" he said, and the media erupted in laughs. "He didn't give y'all none of that. He just talks to y'all like, 'Yeah, whatever. Alright. Bye.' But he was like, 'So Snoop, yeah, you know, hey.' He even called me by my name, man!"

Asked @SnoopDogg if he's rooting for the Broncos. His response: "I'm rooting for @MrHillman2U! You know that!"