Vinatieri, Hilton among Colts who will not play at Tampa Bay 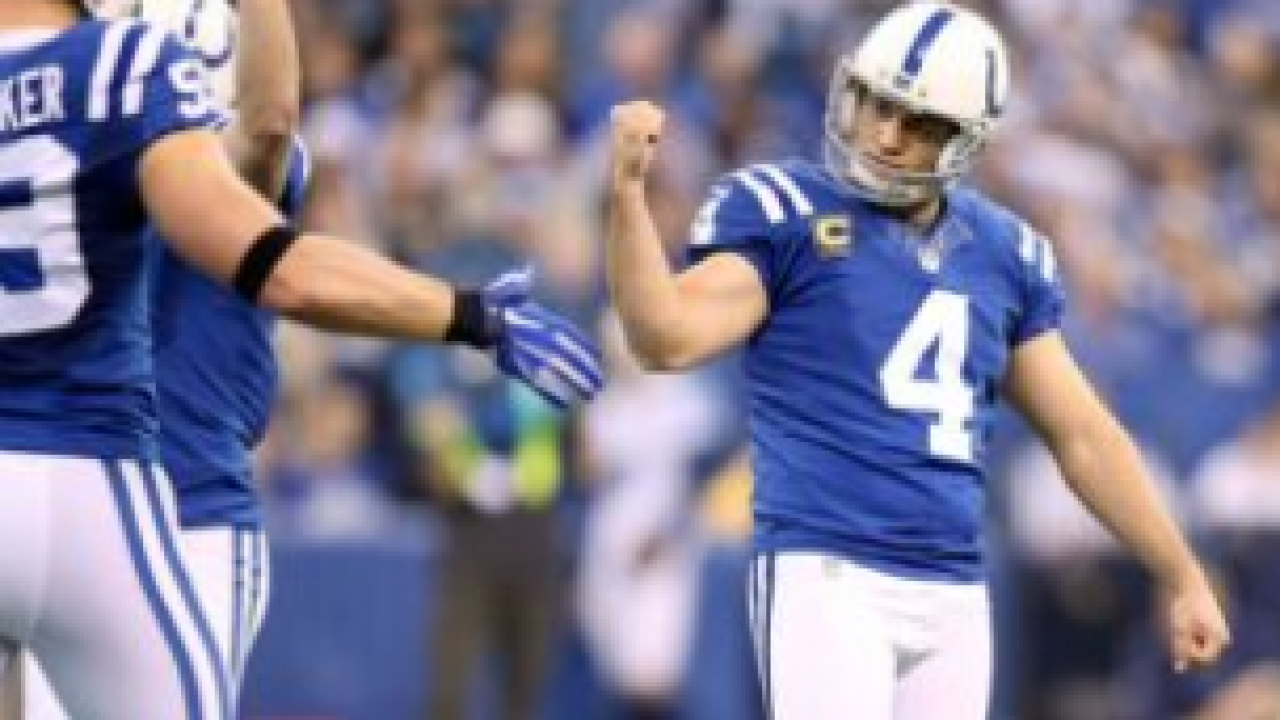 INDIANAPOLIS — Colts kicker Adam Vinatieri will not play Sunday when the team takes on Tampa Bay, according to Head Coach Frank Reich.

It will be the first game the oldest player in the NFL has missed since 2009, and it's not clear whether Vinatieri will play again this year. He was limited in practice Wednesday with a knee injury, did not practice Thursday and was ruled out on Friday.

As it became evident this week that Vinatieri might not be available Sunday, the Colts signed a new kicker. Chase McLaughlin is an NFL rookie who has played in seven games this season — filling in for the Los Angeles Chargers and the San Francisco 49ers. He's played well, making all 15 extra point attempts and 13-of-17 field goal tries.

McLaughlin played his college ball in the Big Ten at the University of Illinois.

The Colts also announced Friday that receiver T.Y. Hilton will not play at Tampa due to a lingering calf injury. Corner Kenny Moore is also out.

But there is some good news. Running back Marlon Mack and rookie receiver Parris Campbell are expected to see action Sunday.

The Colts are 6-6 and may need to win all four of their remaining games for a chance at the playoffs.