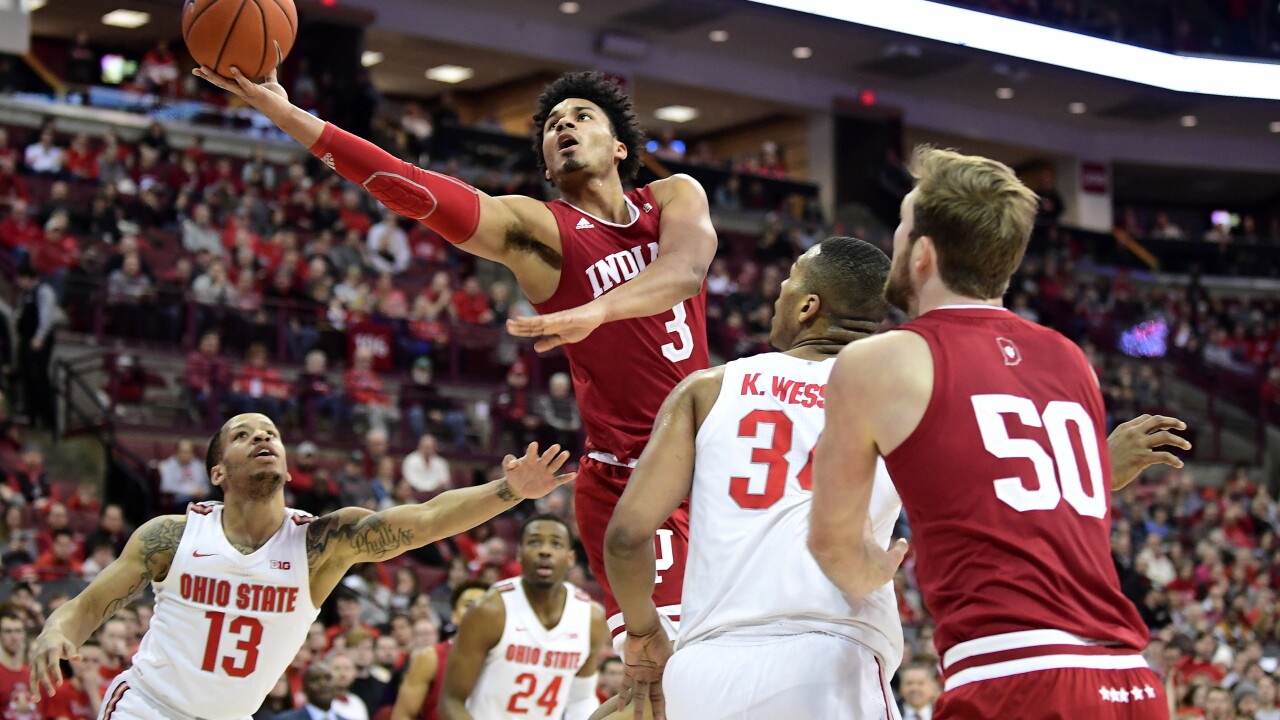 COLUMBUS, Ohio (AP) — Kaleb Wesson had 15 points and 11 rebounds to push Ohio State to a 68-59 win over Indiana on Saturday.

The Buckeyes (14-7, 4-6 Big Ten), who struggled mightily in January, went on a 3-point tear in the second half in winning their second in a row and avenged a 66-54 loss to Indiana in Bloomington three weeks ago.

Ohio State picked up the win despite the absence of freshman guard and third-leading scorer D.J. Carton, who said this week he was stepping away from the team for mental health reasons. Guard CJ Walker helped out with 14 points for the Buckeyes and Justin Ahrens added 11 on 3-for-5 3-point shooting in the second half.

Indiana: The Hoosiers suffered their first three-game losing streak of the season. They are just 1-5 on the road.

Ohio State: This was a big one for the Buckeyes, who hadn't won two games in a row since mid-December. They shot well in the second half for a change, and built a big enough lead to cruise to a comfortable win. Plus they kept a handle on turnovers, which have been a problem.