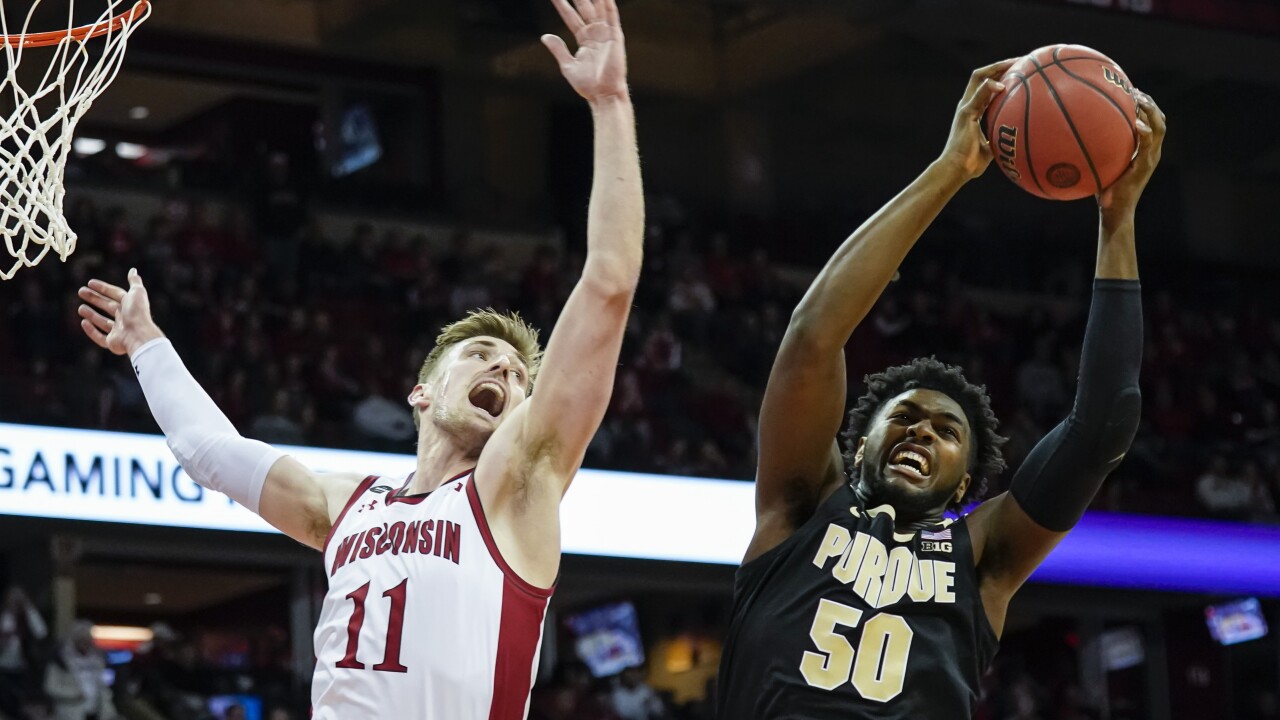 Andy Manis/AP
Purdue's Trevion Williams (50) pulls down his own rebound against Wisconsin's Micah Potter (11) during the first half of an NCAA college basketball game Tuesday, Feb. 18, 2020, in Madison, Wis. (AP Photo/Andy Manis)

MADISON — Wisconsin put on a free throw shooting clinic at Purdue's expense in a 69-65 win over the Boilermakers Tuesday in Madison.

The loss comes at a terrible time for Purdue, which has dropped three straight games and falls to 14-13 overall and 7-9 in the Big Ten.

The Badgers made 19 of 20 free throw attempts during the game, but what they did during the final 3.44 was remarkable. Wisconsin scored its final 12 points, all from the free throw line, without missing any attempts.

The Badgers led by three at the half and by 13 with just over 10 minutes to go in the game. The Boilermakers came roaring back and pulled to within two points with less than two minutes remaining. But Purdue was forced to foul each time Wisconsin got the ball and Badger players didn't miss from the line.

Overall, the Boilers had a slight shooting and rebounding advantage, but the Badgers free throws were the difference.

Wisconsin has won three straight games and is 16-10 overall and 9-6 in conference play.