World Cup 2026 will be hosted in North America 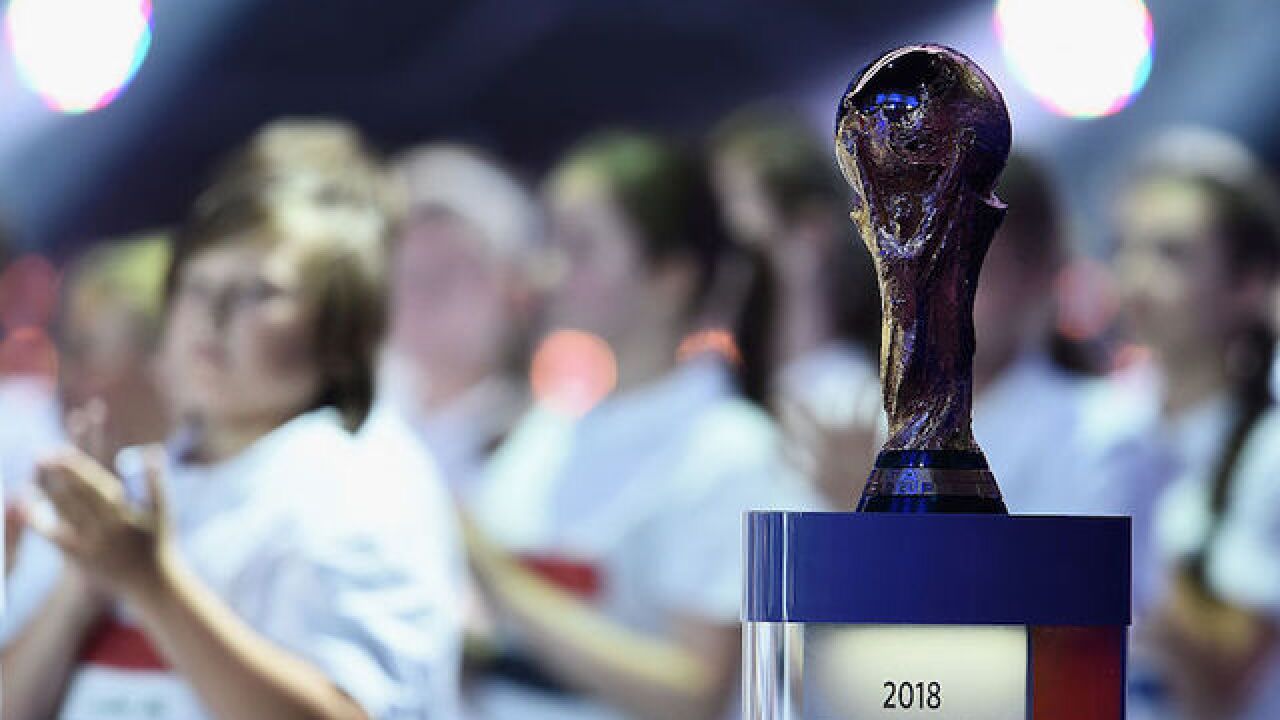 Image copyright 2018 Getty Images. All rights reserved. This material may not be published, broadcast, rewritten, or redistributed.
Dennis Grombkowski
<p>he World Cup trophy is displayed at the Preliminary Draw of the 2018 FIFA World Cup in Russia at The Konstantin Palace on July 25, 2015 in Saint Petersburg, Russia. </p>

A joint North American bid has been chosen as hosts of the 2026 World Cup, following a FIFA association member vote in Moscow Wednesday.

The last time the US hosted a World Cup was in 1994, and Mexico in 1986. Canada has never previously hosted World Cup matches.

The vote, in which all FIFA associations were, for the first time, eligible to vote for the host, was cast at the 68th FIFA Congress on the eve of the 2018 edition of the tournament , which begins Thursday with the official opening ceremony.

The first match of the 2018 tournament, between hosts Russia and Group A rivals Saudi Arabia, kicks off at 6 p.m. local time (11 a.m. ET) on Thursday.

In eight years, the US, Mexico and Canada will play host to the largest edition of the tournament to date -- 48 teams playing 80 matches across 34 days.

Under the North America proposal, 60 of the tournament's matches will be held in the US, including everything from the quarterfinals onwards, while Mexico and Canada will host 10 games each.

After the controversial award of the 2018 and 2022 tournaments to Russia and Qatar, respectively, FIFA has promised a "more open and transparent" vote this time. The voting of the national associations will be published at the conclusion of Congress.

Previous hosts had been decided by the FIFA Executive committee, now known as the FIFA Council.