After Godzilla El Nino: What's next? 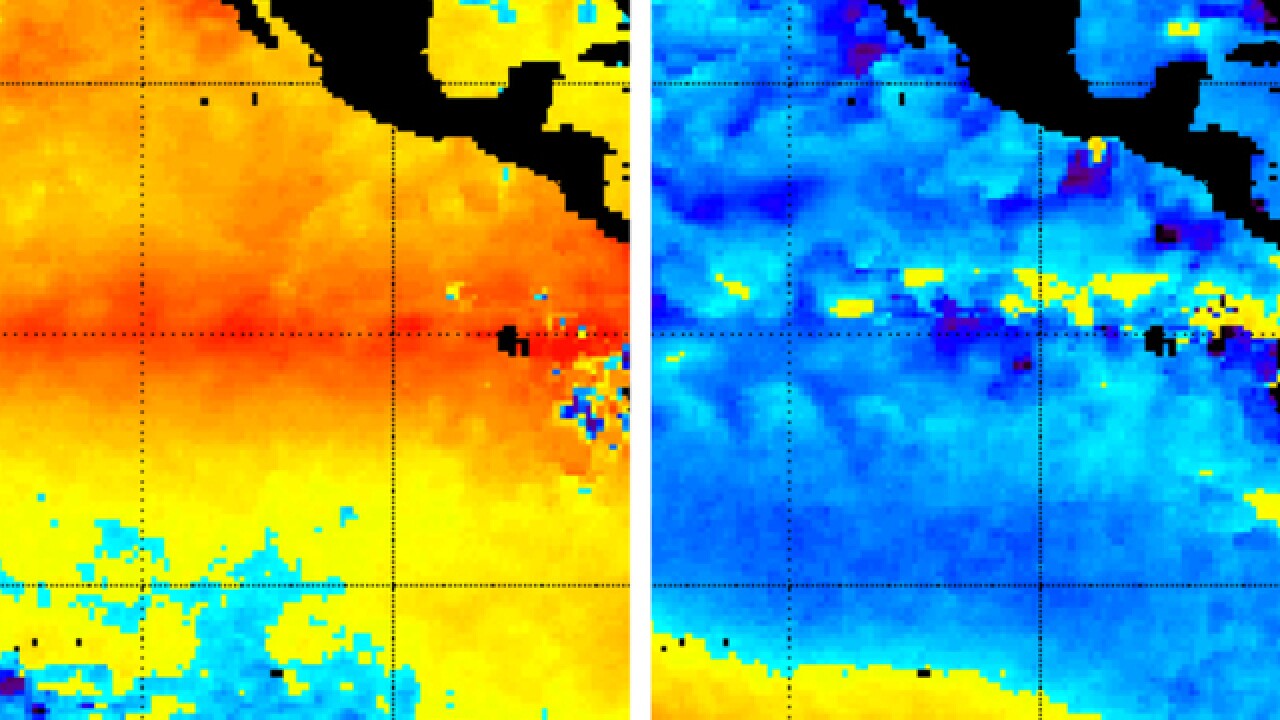 <p>El Niño and La Niña are two sides of the same coin.</p>

The rain and snow that's fallen up and down the West Coast over the last day or so is pretty typical of a strong El Niño like the one currently in place.

But the current El Niño, which has been one of the strongest on record, is finally beginning to show signs of weakening.

The ocean temperatures used to measure the strength of an El Niño have been slowly dropping for the last two to three months.

At home in the United States, these rainy days up and down the West Coast as a result of a strong El Niño are becoming fewer and farther between. The overall weather pattern is beginning to shift.

RELATED: Storm Shield app provides life-saving weather alerts
RELATED: RadarCast will tell you before it's about to rain whereever you are

Since February began, colder, arctic air was able to make its way into the Midwest, Northeast and even parts of the Southeast — a little unusual for El Niño years. At the same time, the rain and snow in the West has significantly slowed down in the past weeks.

The latest model runs have the current El Niño completely going away by late Spring or early Summer.

After that, forecast models show the Eastern Pacific diving into a strong La Niña.

Following two other major El Niño events in 1997-98 and 1982-83, La Niña events followed shortly afterward. That could also be the case later this year.