Isn't it a little early for this much severe wea 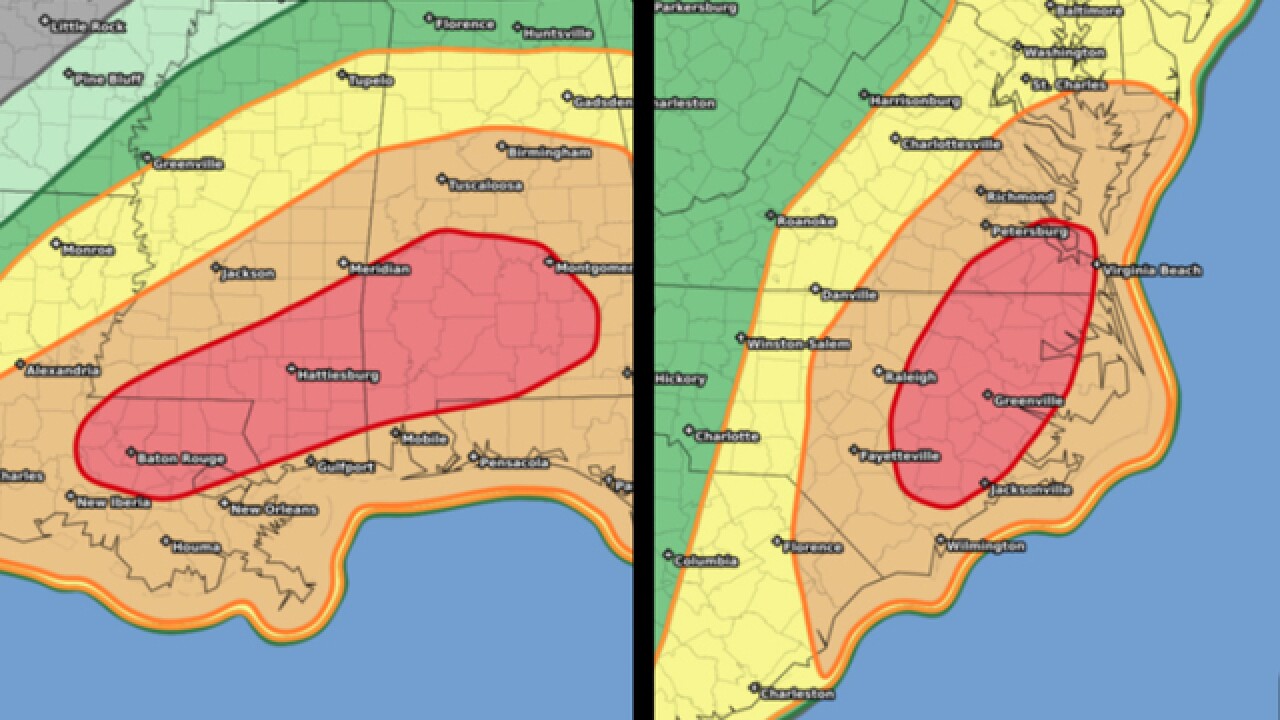 <p>Back to back severe weather days in February.</p>

Wednesday's threat of severe weather stretches from Florida to southern New York with the bulls-eye centered over the Mid-Atlantic.

Once again, the greatest threat is for tornadoes and strong, damaging winds. This is similar to yesterday's setup across the south, which lead to multiple tornadoes from Louisiana to the Florida panhandle.

This is also the second day in a row the Storm Prediction Center has issued two moderate risk areas back to back — all before February ends.

Seeing severe weather this early and this often in the year isn't completely out of the ordinary, but it isn't all that common, either.

The tornado count for the year is already above the average, but at the same time, it's not outrageously high either.

Unlike the line graph above, the tornado count typically grows in spurts and stops with a few tornado outbreaks and a number of quiet days in between.

Since March hasn't even begun, it's safe to say the tornado count will only continue to grow over the next months, which is why it's important to keep your Storm Shield App close.