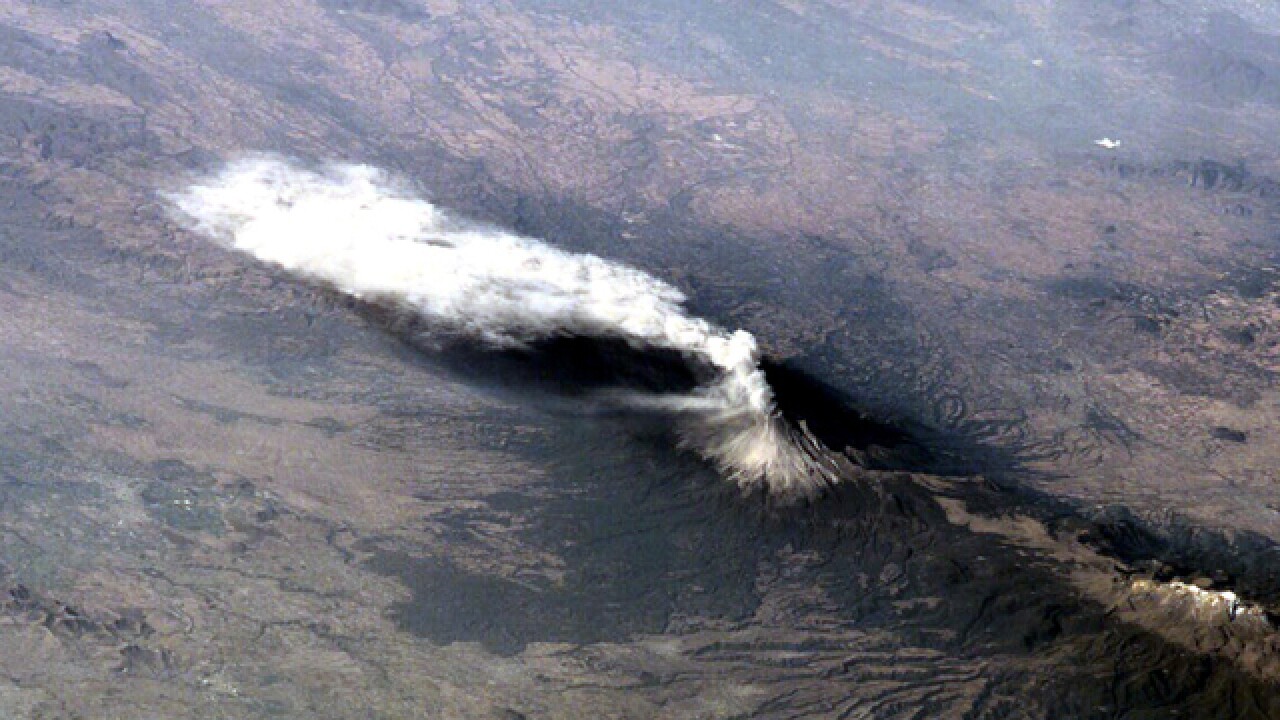 The Popocatépetl volcano is located in Puebla, Mexico a little less than 45 miles southeast of Mexico City.

This volcano is one of Mexico's most active, and eruptions of hot ash and gas over the last few days have caused authorities to place a 7-mile exclusion zone around the volcano.

In the video, you can see the volcano spewing those ashes more than a mile into the air.

It's been an active week for volcanoes. Another volcano in Alaska erupted over the weekend and flights were cancelled .