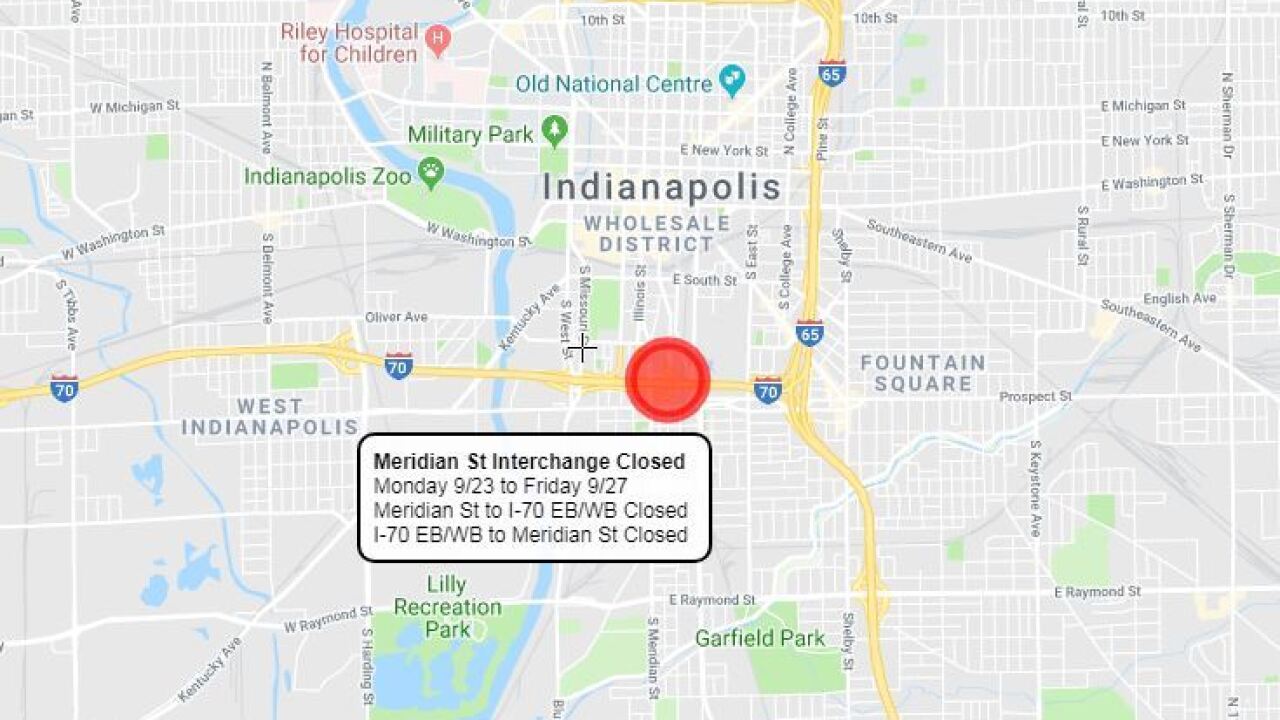 Around 4 a.m. Monday, crews will close the following ramps:

Motorists can take Harding or West streets to get on and off the interstate in both directions to and from downtown Indianapolis, according to a press release from INDOT.

Crews are closing the ramps to repair winter damage and joints as well as strengthening the ramps by doing a full depth patch, according to INDOT.

The ramps will remain closed until 6 a.m. Friday, according to the release.