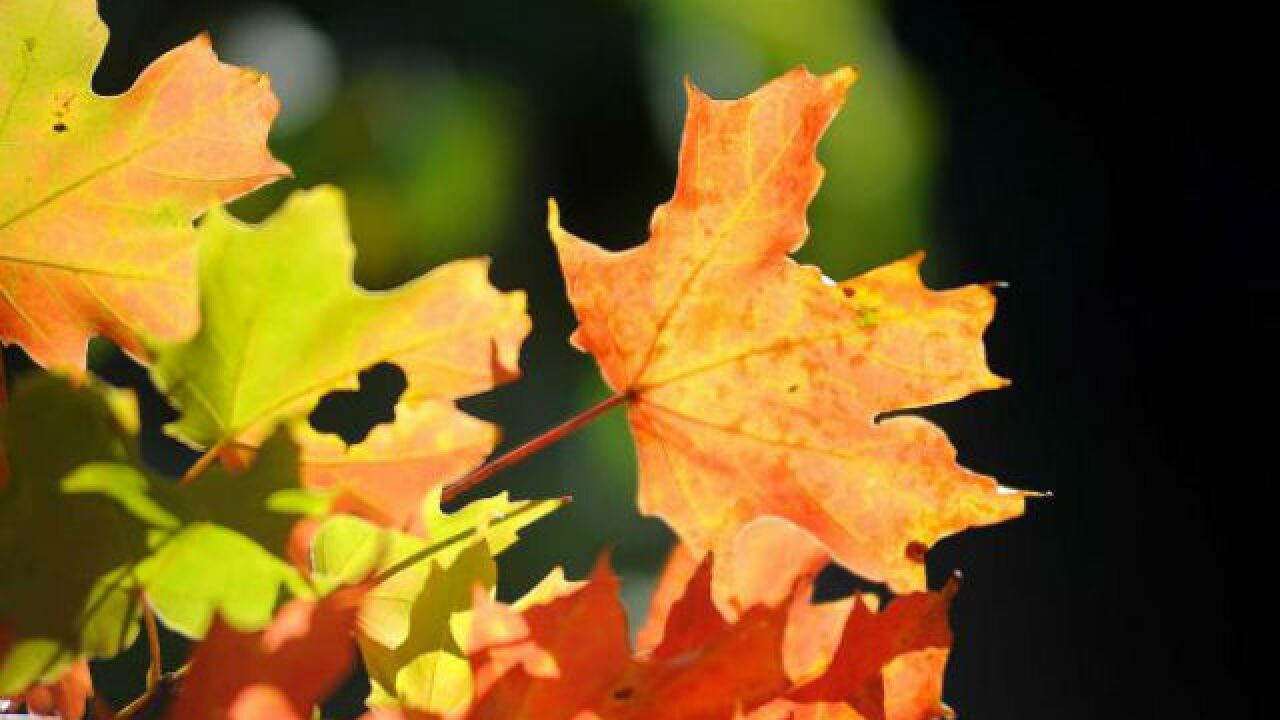 Copyright 2013 Scripps Media, Inc. All rights reserved. This material may not be published, broadcast, rewritten, or redistributed.
<p>AP image</p>

Hot off a steamy summer, which featured 38 days reaching into the 90s, you might be more than ready for a taste of fall.

The new season arrives this Saturday with the autumnal equinox - which is when the sun’s rays are directly over the equator.

If you want to get down to specifics, we officially make the switch to fall at 9:54 p.m. on September 22. 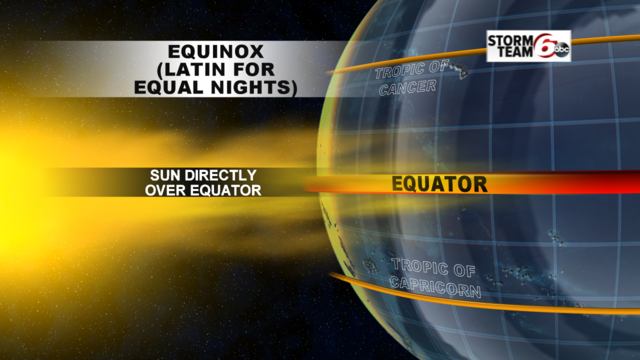 Did you know we don’t actually get twelve hours of daylight and darkness on the first day of fall in Indiana?  That actually happens a few days later, on September 25 and 26.

READ | The Brown County 'leaf cam' is up and running

The reason for the delay is something called refraction., which is the bending of the sun’s rays, which causes the sun to appear above the horizon when the actual position of the sun is below the horizon.

This time around, the calendar and our weather seem to be on the same page.  The first weekend of fall brings a refreshing change with lows in the 50s and highs in the lower 70s.

The fall outlook from the Climate Prediction Center suggests above average temperatures to win out this season.  We know it will overall get colder though.  Our high average drops from 75 degrees now to 37 degrees by the time winter arrives!  BRRR!

Meanwhile, we have equal chances of having near, above or below average precipitation.  This means we’ll have to rely more on short-term weather patterns one to two weeks out to give us an indication on the wet or dry weather ahead.

A typical fall brings 9.6 inches of rainfall and (yes, we have to start talking about SNOW) 4.8 inches of snow, most of which falls in December. 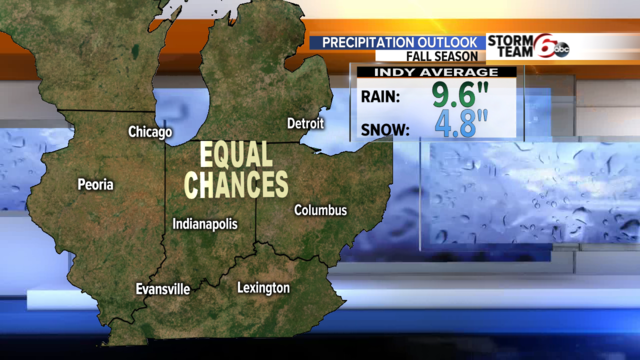 Stay updated on Indiana’s changing weather all season with the FREE RTV6 and Storm Shield apps.  We’ll be getting into the winter outlook before you know it!