It's not your typical August in this month's weather outlook 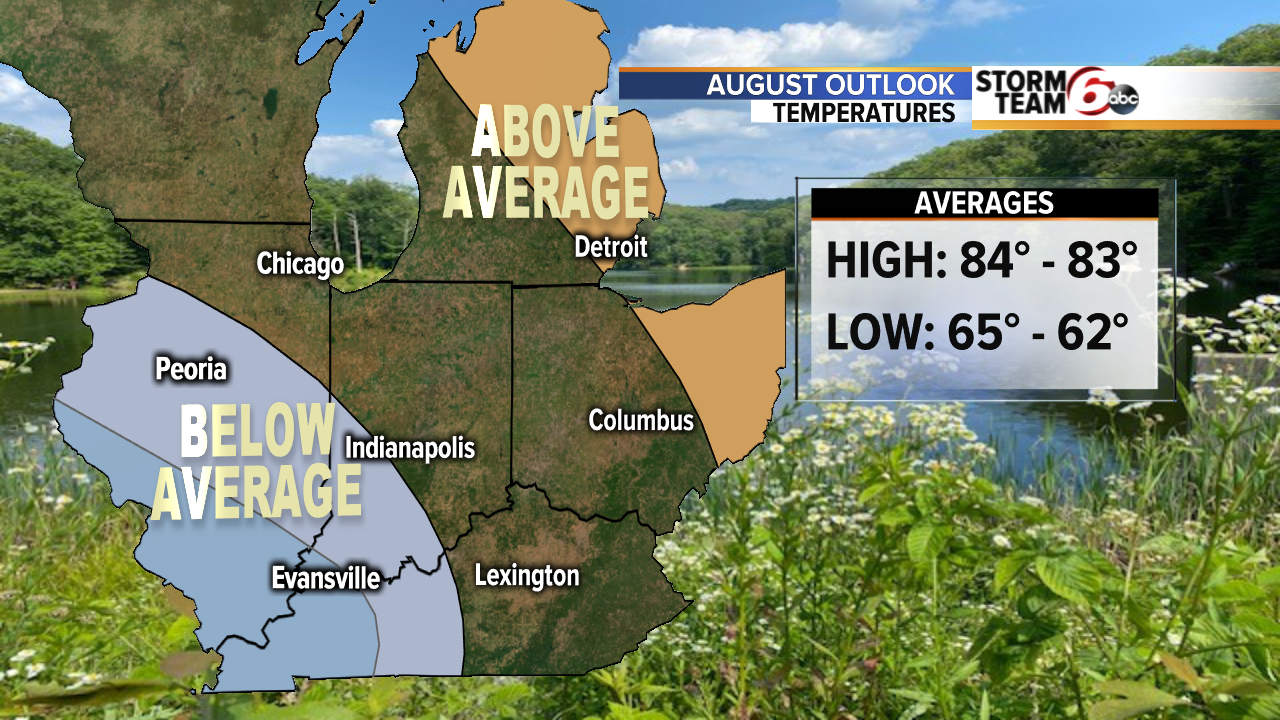 INDIANAPOLIS — Summer is well underway as we head into August. You wouldn’t know it by looking at the forecast though!

The month starts off with no signs of sizzling heat. We’ll get more into the August outlook, but first, let’s take a quick look back at July’s weather.

July had plenty of heat and humidity. We made the climb into the 90s eleven times during the month.

We didn’t set any records though with our hottest days topping out at 94 degrees on two occasions.

It may seem surprising, but what was overall a dry month ended just a touch above average with rainfall. We have an inch of rain on July 30 to thank us for pushing us over the finish line.

The more active weather pattern takes us right into August.

The start of the month isn’t going to look or feel like you would expect for the middle of summer. A series of systems bring us multiple chances for rain through Tuesday.

Some areas could exceed three inches of rainfall. That’s pretty close to our average rainfall for the entire month.

With that said, above-average rainfall is a pretty good bet for August. As of now though, the Climate Prediction Center’s outlook only brings wetter than normal conditions into the southeastern part of the state.

Hopefully we can spread more rainfall out through the month. We do expect another fairly soggy period as we approach the middle of the month.

If you’re a fan of summer heat, you’re going to have to wait a little bit.

The rain and a cool flow out of Canada brings below-average temperatures for the first full week of August. Temperatures should moderate a bit after that.

However, if expected rainfall toward the middle of the month does materialize, those numbers could get knocked down again only to rebound the second half of August.

All of that back and forth currently places southwestern Indiana on a favorable path toward below-average temperatures for the month. Other areas should come in closer to average.

Our average temperatures don’t change much, but they do start to slide backward as we get a little closer to fall.