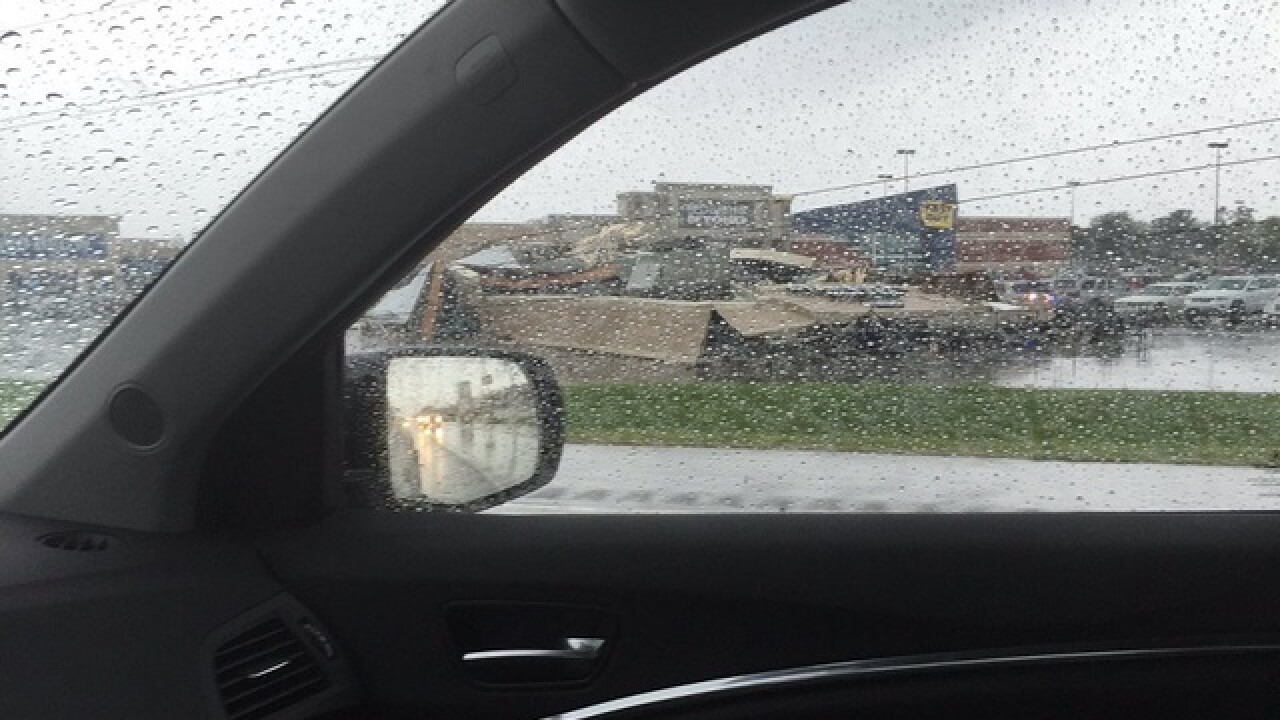 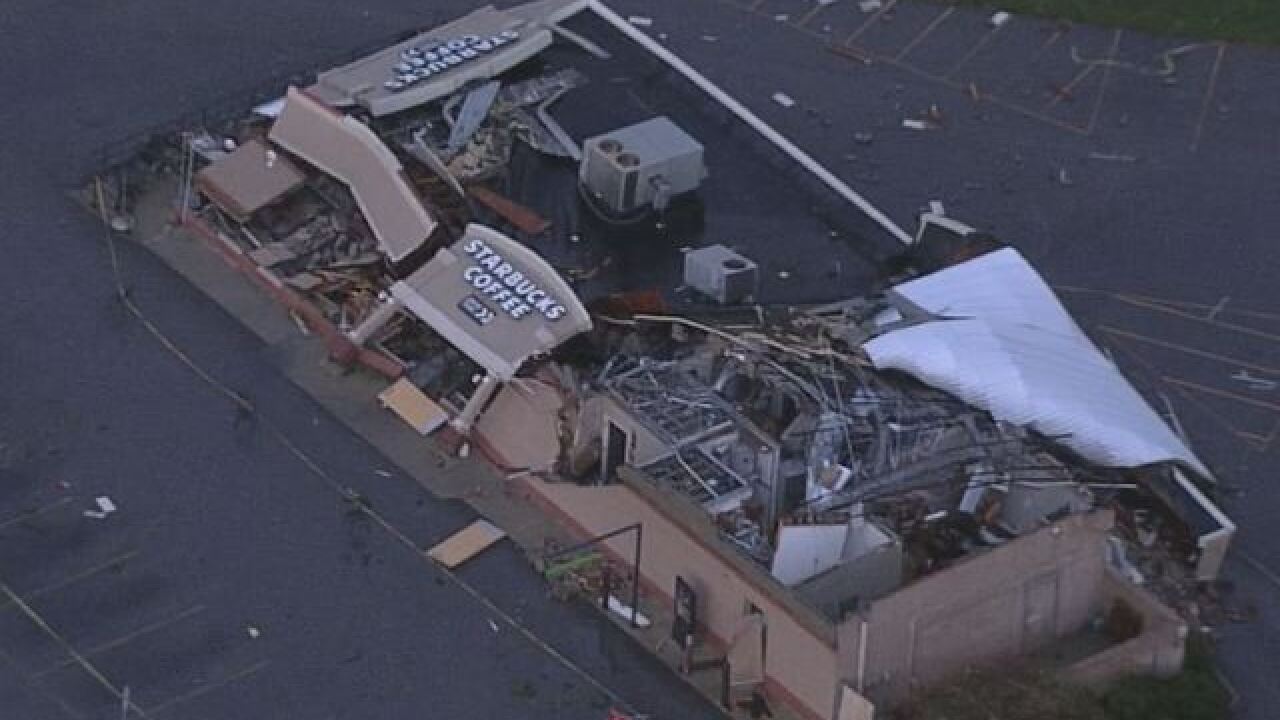 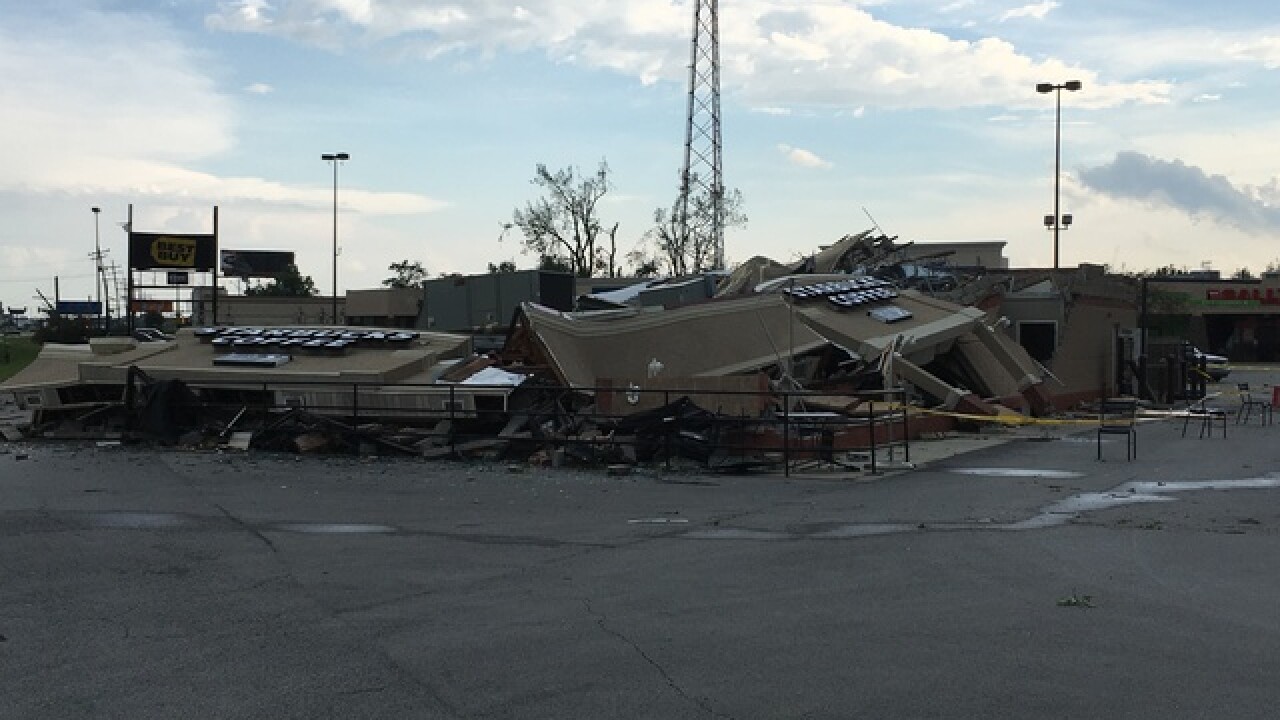 The National Weather Service confirmed the first storm in the mid-afternoon.

AT 328 PM EDT...A CONFIRMED LARGE AND DESTRUCTIVE TORNADO WAS LOCATED
NEAR KOKOMO...MOVING EAST AT 30 MPH.

The NWS said the tornado was an EF-3 with winds up to 152 miles per hour, revised Thursday from 136 mph. The NWS labeled the storm a "particularly dangerous situation."

Throughout the day, eight tornadoes touched down across the region. Touchdowns were reported in Howard, Grant, Wells, Allen, Adams, Miami and Montgomery Counties.

According to the National Weather Service, the largest tornado outbreak in Indiana was Aug. 9, 1969. That record was broken last Monday, then broken again Wednesday.

#NWS on Kokomo Tornado that took down the Starbucks: pic.twitter.com/3xc5CU09RZ

The City of Kokomo and Howard County were under put under a State of Emergency as a result of the damage.

You can view videos of the tornado in the player at the top of this story.

Shelter supplies are heading out from Indy to support the #Kokomo Salvation Army's shelter for #tornado survivors. pic.twitter.com/2qVLqB7WWY

The EF3 tornado in Kokomo destroyed a Starbucks near Markland Mall and caused damage to a nearby Panera Bread Wednesday afternoon, two examples of major amounts of damage to the area.

Conor Daly, race car driver in the Verizon IndyCar series, tweeted out some photos of the leveled Starbucks.

Angel Ramos, shift manager, embraced by friends, his manager. He had employees and customers take cover in bathroom. pic.twitter.com/m1tPJvvgOh

Starbucks released a statement on the tornado damage in Kokomo.

“We want to express our heartfelt concern for all those personally affected by a tornado that touched down in the community Kokomo, Indiana, this afternoon. We are relieved to report all partners (employees) and customers from the Starbucks store at US 35 & SR 22 are safe.We will continue to support our store partners and local authorities in any way we can.”

Omg. Never been so scared in my life. #kokomo pic.twitter.com/uu5R0fRQnz

Speaking with officials at @IDHS Emergency Operations Center regarding severe weather damage, developments across IN pic.twitter.com/SLyimS4Xfb

Community Hospital Regional Health is located one mile away form the worst storm damage, but no damage to the hospital was reported. The hospital did temporarily lose power.

The area was hit with severe storms of this kind two-and-a-half years ago and Wednesdays' storms followed a similar path just south.