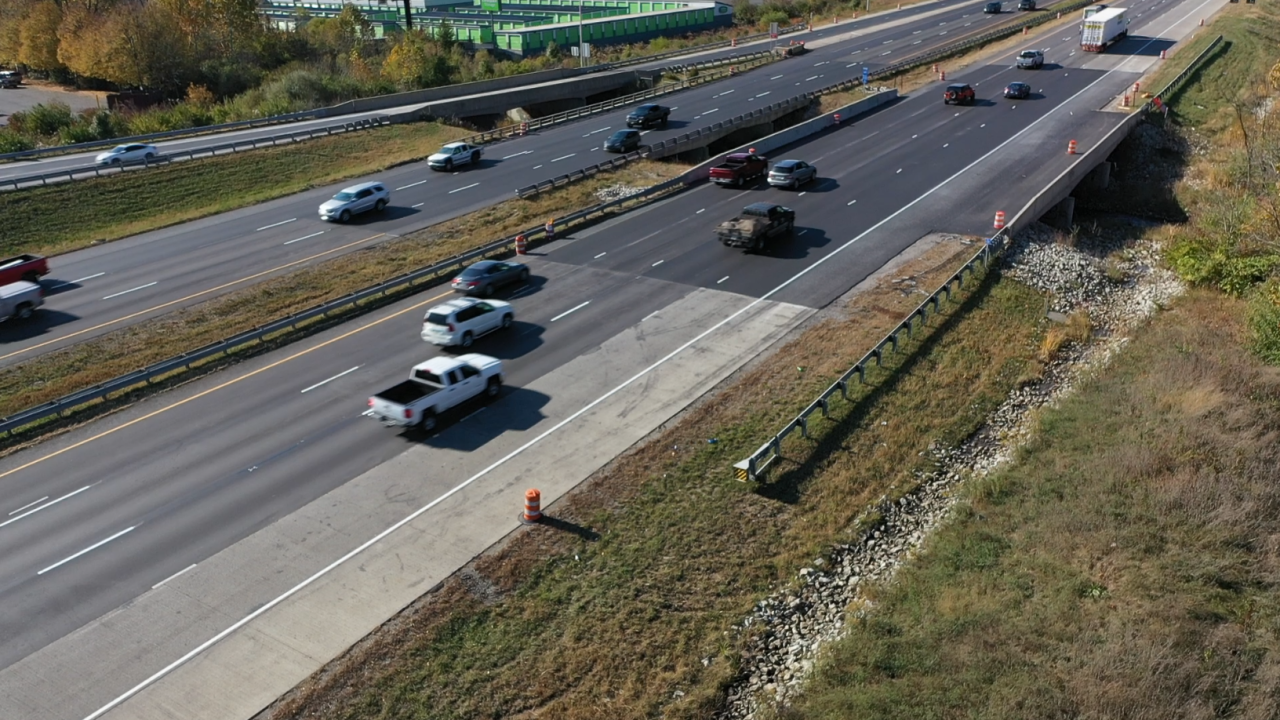 INDIANAPOLIS — Many drivers are dreading Indiana roads this winter, in part, because last year’s freeze and thaw cycle wreaked havoc on our streets and highways.

“They’re dangerous,” said driver Angela Mullet. “You can get in an accident if you’re not careful because people are trying to dodge them.”

Call 6 Investigates is digging into what the state and city are doing to keep our roads in better shape for this winter.

Since last winter, the Indiana Department of Transportation has invested nearly $140 million statewide to address roadway damage from previous winters.

“We’ve spent $90 million dollars in Marion County just this summer, and it’s the most construction we’ve ever done in Marion County,” Mallory Duncan, communications director for the INDOT East Central District, said. “Every major interstate has been touched in some way this summer.”

INDOT has also completed maintenance on 23 bridges that will provide a smoother driving surface for motorists.

“It will help so you won’t see as many potholes this winter,” Duncan said. “All of the pain we’ve felt all summer long will really be worth it this winter when you have a smoother commute.”

Construction began in April and will continue through the end of November.

However, the state says pothole patching is only a short term fix, and their main goal is to replace aging infrastructure.

This year, the Indianapolis Department of Public Works (DPW) has used 11,300+ tons of hot and cold patch to fill more than 500,000 potholes.

Brendonshire on the east side is just one of the neighborhoods DPW repaved.

“It looked like a war zone,” Sharon Arnold, secretary of the Brendonshire Civic Association, said. “The streets were so bad with the chuckholes and stuff. You had to be careful where you were walking.”

The neighborhood has been plagued with drainage problems for the past 40 years and residents are grateful DPW heard their concerns.

"For the residents it's really exciting,” Arnold said. “That's one of the biggest complaints we get as officers of the area is when are you going to fix our roads?"

DPW also continues to maintain its Pavement Condition Index database, a record of every street in the public right-of-way, along with its age, history of improvement and its condition rating, described as a score between 1-100.

“This database uses a formula to estimate how quickly pavement is deteriorating, and it informs DPW’s planning around street improvement projects,” Bean Easley, DPW spokesperson, said.

A big factor in how the roads hold up this winter will be how much freezing and thawing we see.

“Potholes occur when stormwater seeps under the base of the road, expands during the freezing process, and then settles with warmer temperatures, collapsing under the weight of vehicles,” Easley said. “The more quickly or regularly these freeze/thaw cycles occur, the more aggressively the effects are seen on our roads. DPW will continue our work this winter to pre-treat roads with salt and to remove snow as it falls, limiting exposure to freezing precipitation.”

DPW says you can help keep our roads in shape.

“Citizens can assist by helping stormwater drain away from the streets and sidewalks in their neighborhoods,” Easley said. “This might include removing obstacles from storm drains in the street, and by making sure that street-side ditches and
swales are well mowed and free of debris.”

The city and state are asking drivers to be realistic.

"You might still see some potholes this winter — we're not saying that,” Duncan said. “But this is going to be a major difference from winters in the past."