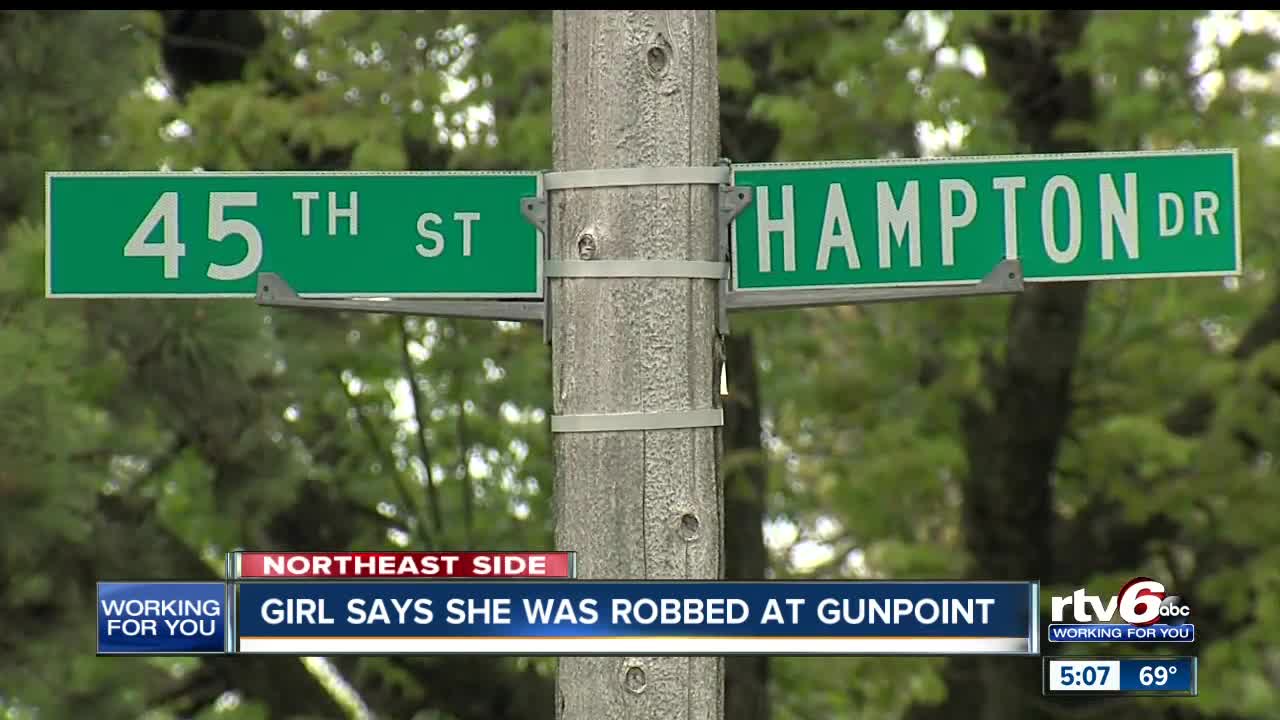 A young Indy girl says she was waiting for her bus Monday morning when a group of people pulled up and threatened her with a gun before stealing her backpack and other items. 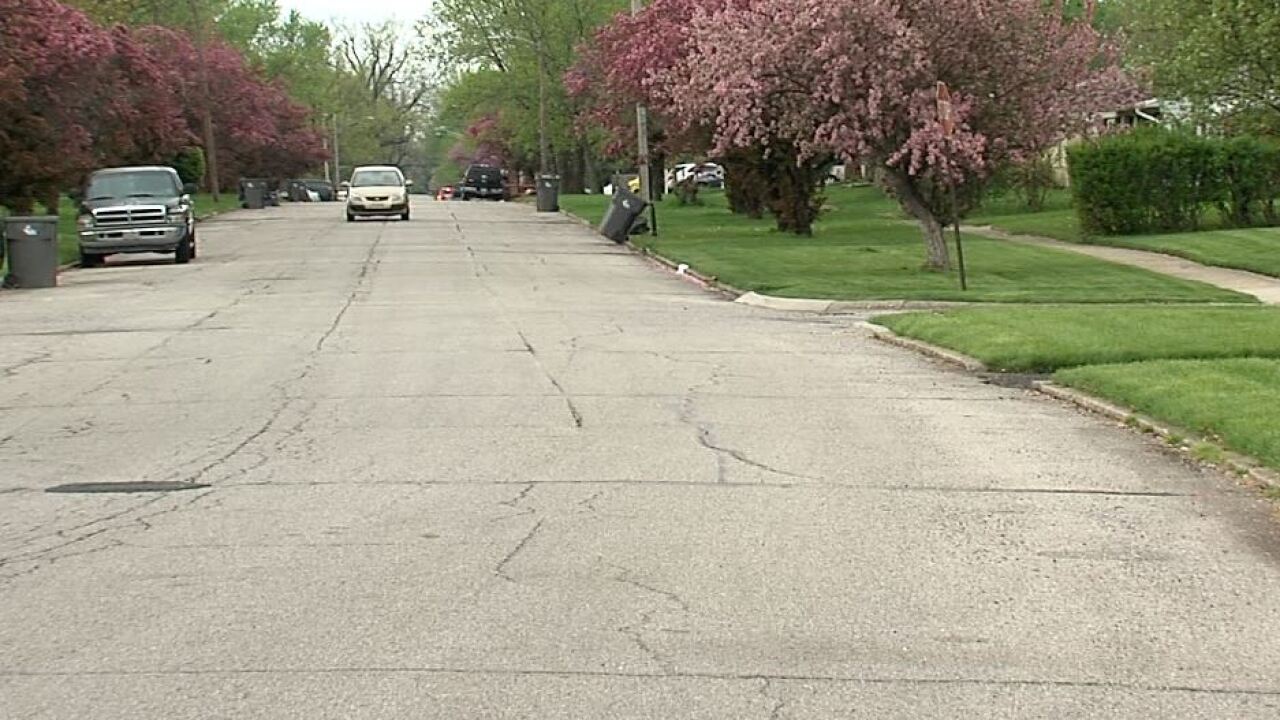 INDIANAPOLIS — A young Indy girl says she was waiting for her bus Monday morning when a group of people pulled up and threatened her with a gun before stealing her backpack and other items.

The girl, whose identity we are not releasing for her protection, says she was standing alone and listening to music while she was waiting for her bus on in the 4500 block of Kitley Avenue when she noticed a vehicle drive by her a couple of times. That vehicle eventually pulled up in front of her and she said the guys inside pulled out a gun and demanded her stuff.

"They tried to take my stuff and they pulled a gun out and they said, 'If you don't give your stuff to me, I will kill you,'" she said. "I was like 'No, ya'll can't have nothing.'"

While she was arguing with the guys, the girl said a female came out and snatched her backpack and demanded her other items.

The girl said 'I want your jacket too, I want your snacks give me all of that,'" the young girl said. "They had a gun so I just gave them all of my stuff."

The girl said the thieves took her backpack, jacket and her phone.

The girl said she was able to get the license plate off of the vehicle as they thieves drove away and she ran inside to tell her mother.

Her mother called police who say they are investigating a robbery in the area. They were unable to release any other details at this time.