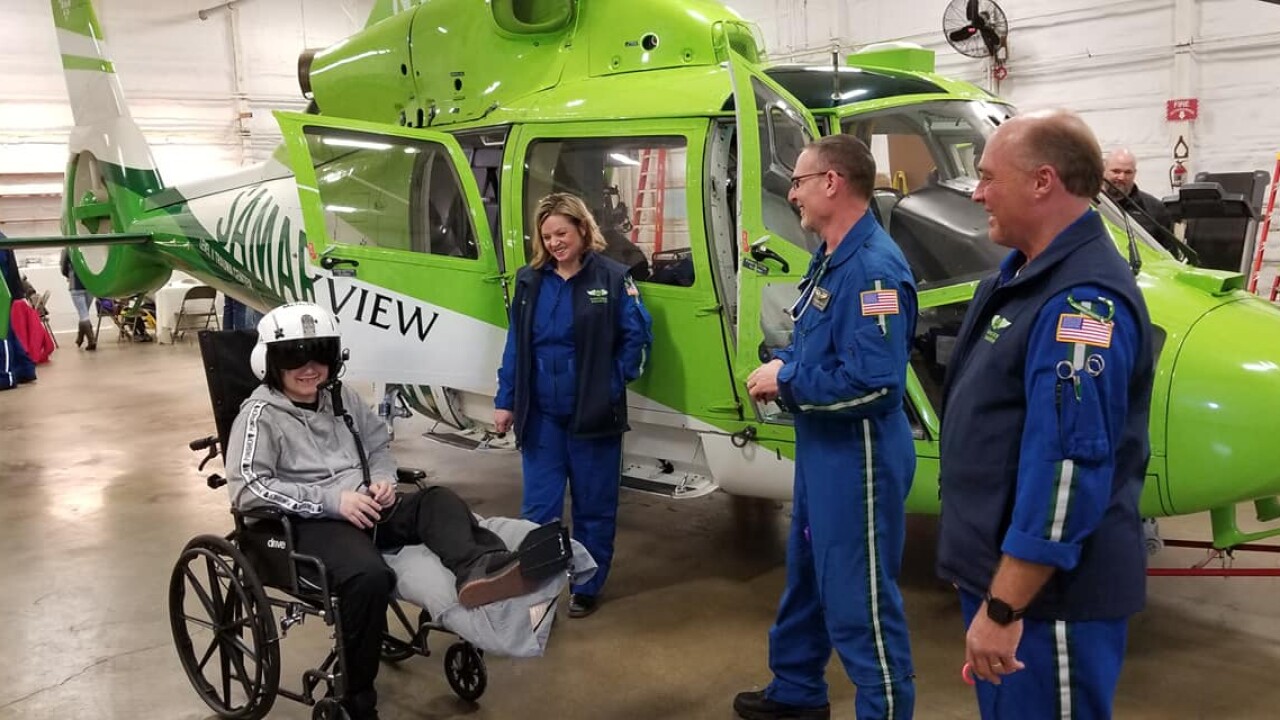 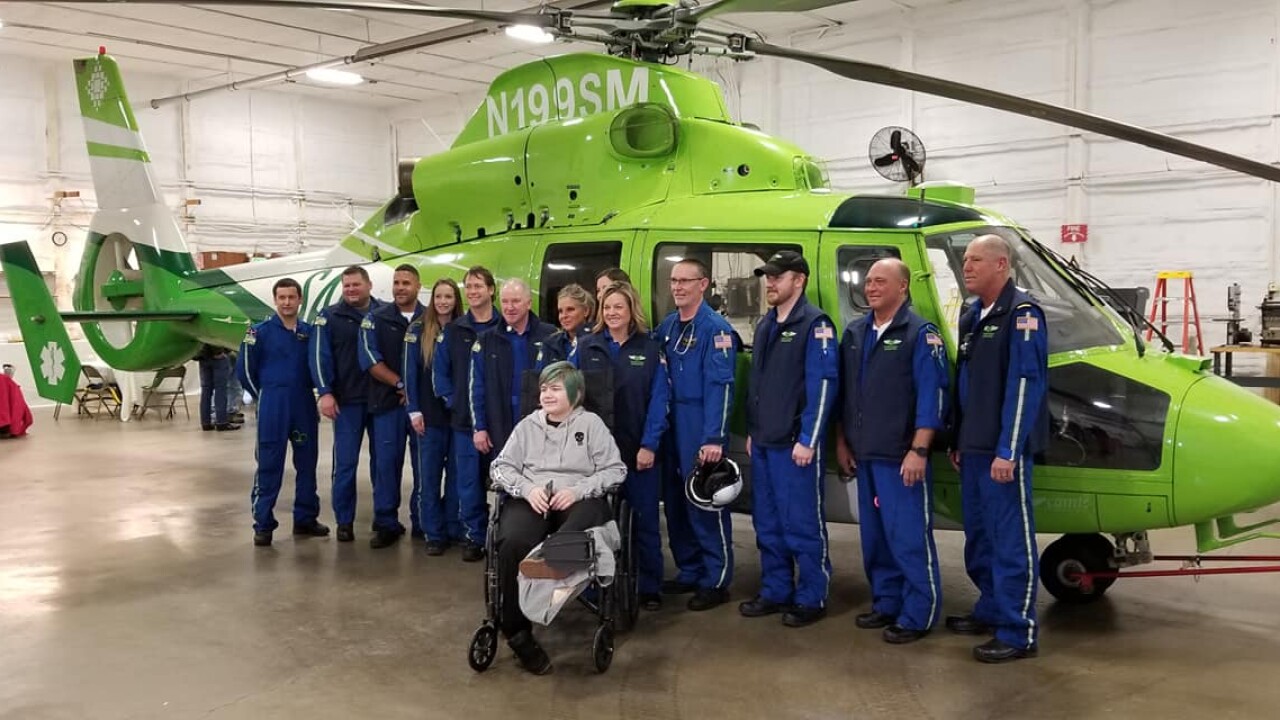 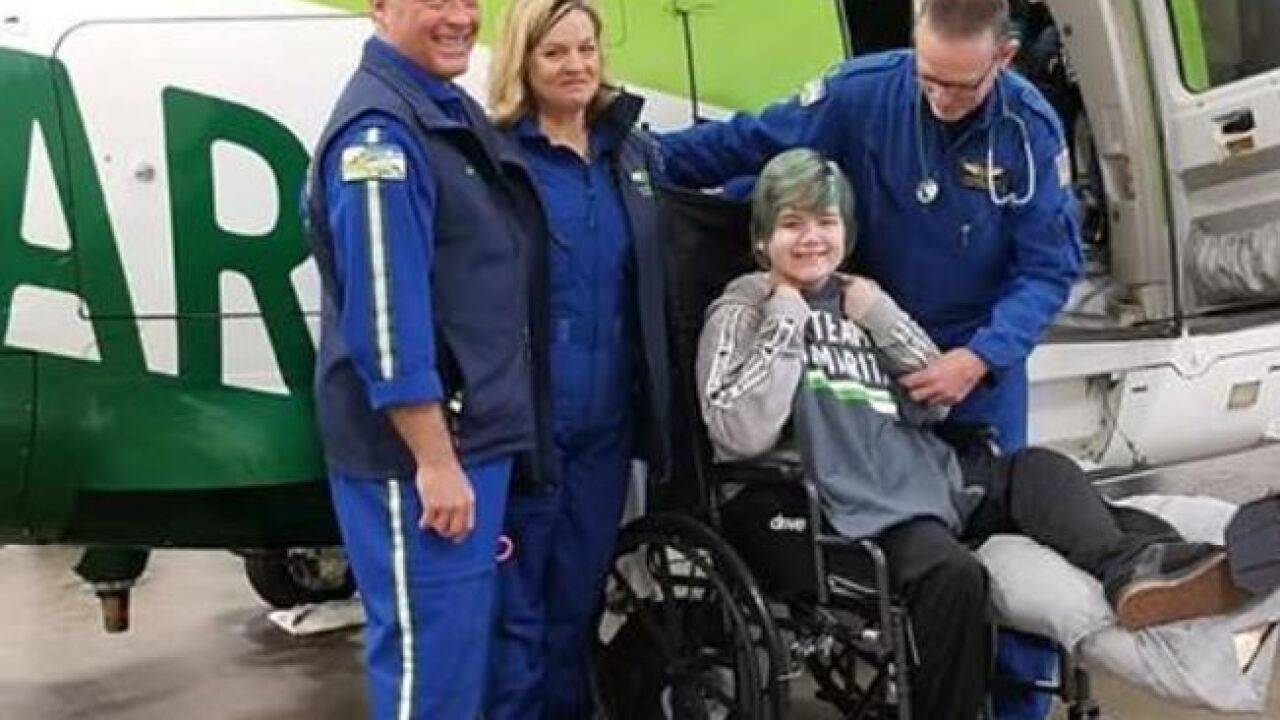 FULTON COUNTY — The 11-year-old boy who survived the bus stop crash that killed three siblings met the medical team who saved his life on Saturday.

Maverik Lowe was crossing State Road 25 with a group of his classmates on October 30 when they were struck by a driver 24-year-old driver in a pickup truck who did not stop for the bus's stop lights and arm. Three siblings, Alivia Stahl, 9, and her twin brothers, Xzavier and Mason Ingle, 6, were all killed in the crash.

Lowe was critically injured and airlifted to a Fort Wayne Hospital with multiple bones and internal injuries.

Despite his critical injuries, Lowe has made tremendous progress since the accident and on Saturday, more than three months after the life-changing accident, he was reunited with the team who helped save his life.

The nurse and paramedic who treated Lowe on his medical helicopter flight to Fort Wayne even made him part "Team Samaritan."

Maverick's mother, Jocelynne Lowe, shared the images from the meetup with RTV6. She has also been sharing updates about his recovery on their Facebook page, "Maverik Lowe's Updates." Lowe celebrated his 12th birthday on Monday.

"Today was amazing for all of us," Maverik's mother posted on social media. "I've waited 3 months to meet the 2 that I owe everything to... They will never know what it means to us for caring for bubby and keeping him awake on the ride to Ft. Wayne."

The woman driving the pickup truck that struck Lowe and the siblings is facing criminal charges and is due back in court sometime in February.