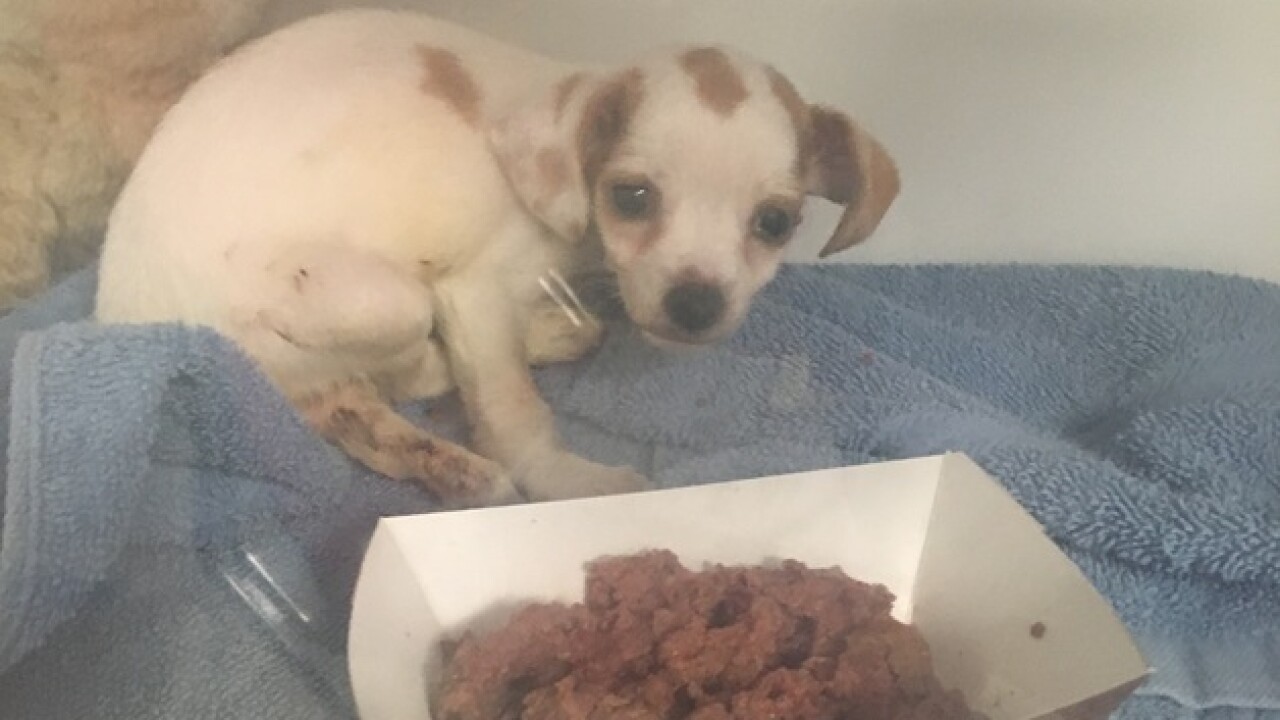 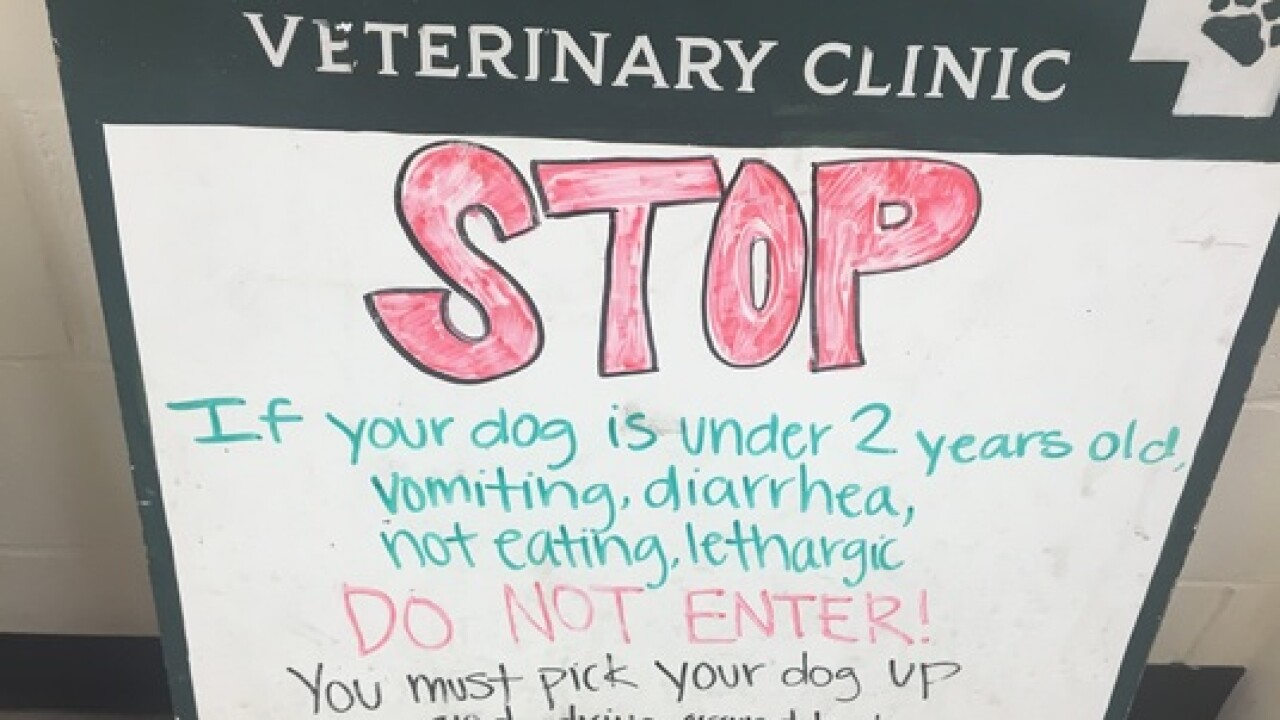 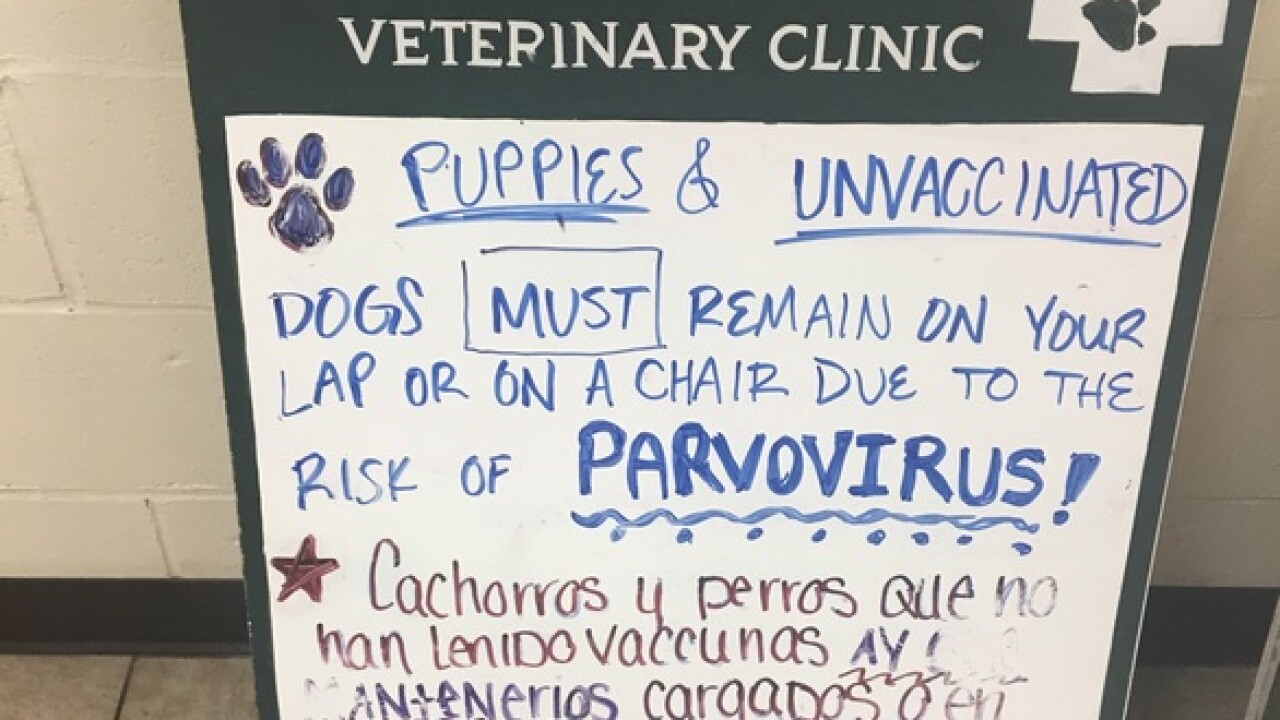 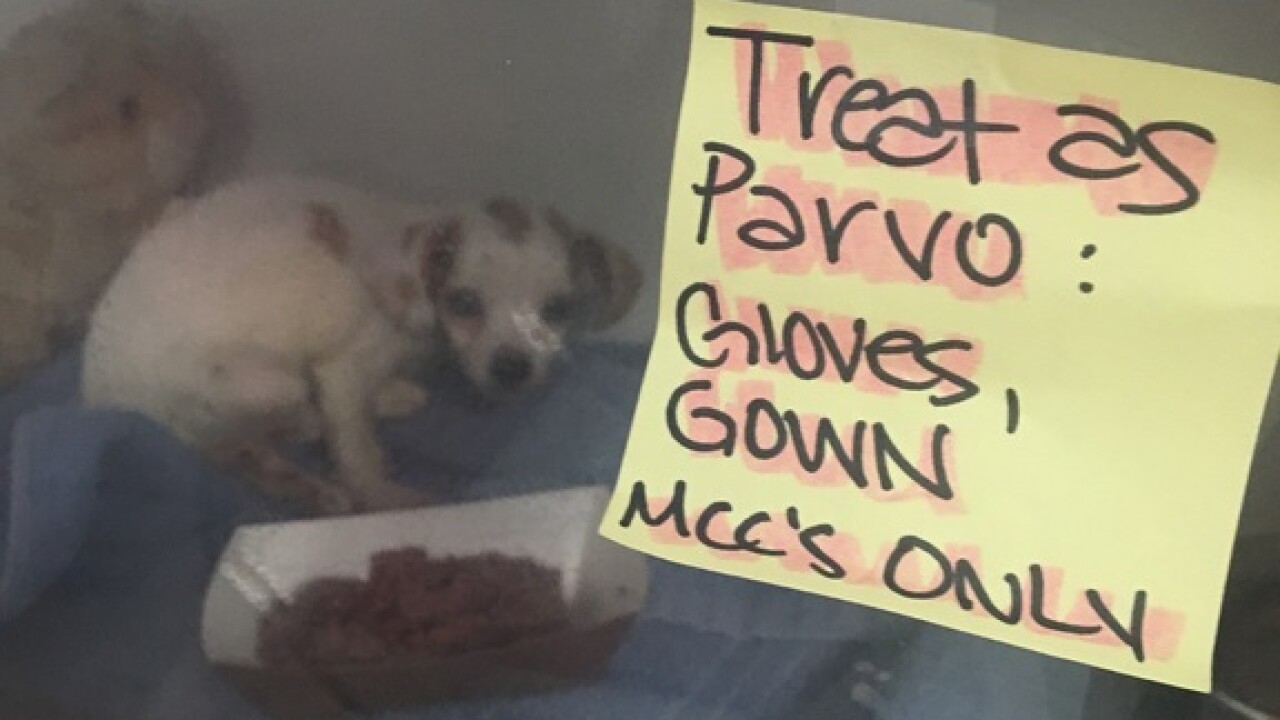 Animal advocates told RTV6 many pet owners are not vaccinating their animals, and canines are suffering and dying as a result.

At the West Michigan Street Veterinary Clinic, they have signs posted warning pet owners about parvo and reminding them to keep their animals off the floor.

They also have a special isolation room for pets with parvo.

“It's not like an eye infection where some eye drops are just going to make it go away,” said Pascale Hansen, a veterinarian technician with the clinic. “This is life or death, and we try to get our clients to understand that."

The virus can survive in soil for a year, and is extremely hearty and contagious.

“It's fecal oral, which is kind of gross but you see these tiny puppies walking on the sidewalk, in the park, in PetSmart, anywhere there's high traffic, these pets can be tracking it on their paws,” said Hansen. “They're spreading it all over and it's very dangerous."

RELATED | Dog-killing bacteria reported in central Indiana: What you need to know about Leptospirosis

It can cost pet owners and shelters hundreds, if not thousands of dollars, to treat a dog with parvo.

At the Southside Animal Shelter, they take in dogs with parvo from Indianapolis Animal Care Services, which can’t treat or adopt out animals with the virus.

The Southside Animal Shelter introduced RTV6 to Gemma, a dog that has survived parvo after her owner surrendered her to the city shelter.

Indianapolis Animal Care Services spokesperson Dimitri Kyser said the reality is some dogs with parvo have to be euthanized.

Southside Animal Shelter Operations manager Julie Duncan said her workers and volunteers have to get suited up to protect their clothes and shoes.

“We don’t want to transfer the virus to a healthy dog,” said Duncan. “It’s very contagious and it’s not easy to disinfect. We’re definitely seeing an increase in parvo.”

Animal advocates want to educate people to vaccinate their puppies and dogs, so that the problem does not break outbreak levels.

"Any animal that's not vaccinated will potentially be at risk of contracting parvo,” said Duncan.

The FACE clinic on Massachusetts Avenue is treating a dog named Izzy with symptoms of parvo.

Izzy was not vaccinated for parvo.

Pet owner Dianna Brown has eight dogs and also helps rescue strays, including those with parvo.

“With as many animals as I have, it's a big concern. It takes a lot to keep them alive,” said Brown. “The ones that survive. "

The parvo vaccine typically costs about $10 to $20 at local clinics and pet hospitals.

The incubation period for the illness is 14 days, so your dog could have parvo and not even show symptoms like vomiting, diarrhea, and lethargy.

If your dog shows any of the symptoms of parvo, you should take your dog to a veterinarian.

"Vaccinate your animals, keep them safe, because the streets are dangerous," said Brown.

Experts say as tempting as it is to take a new puppy out and about, they recommend getting all of their parvo vaccinations before doing so.

Hansen also recommended adopting a dog from a shelter with vaccination records rather than a breeder.

“This is very dangerous and I wouldn’t recommend getting puppies right now with how bad the virus is,” said Hansen.

Humans can’t contract parvo, however, they can spread the illness with their clothes and shoes.
Cats have their own strain of the virus.