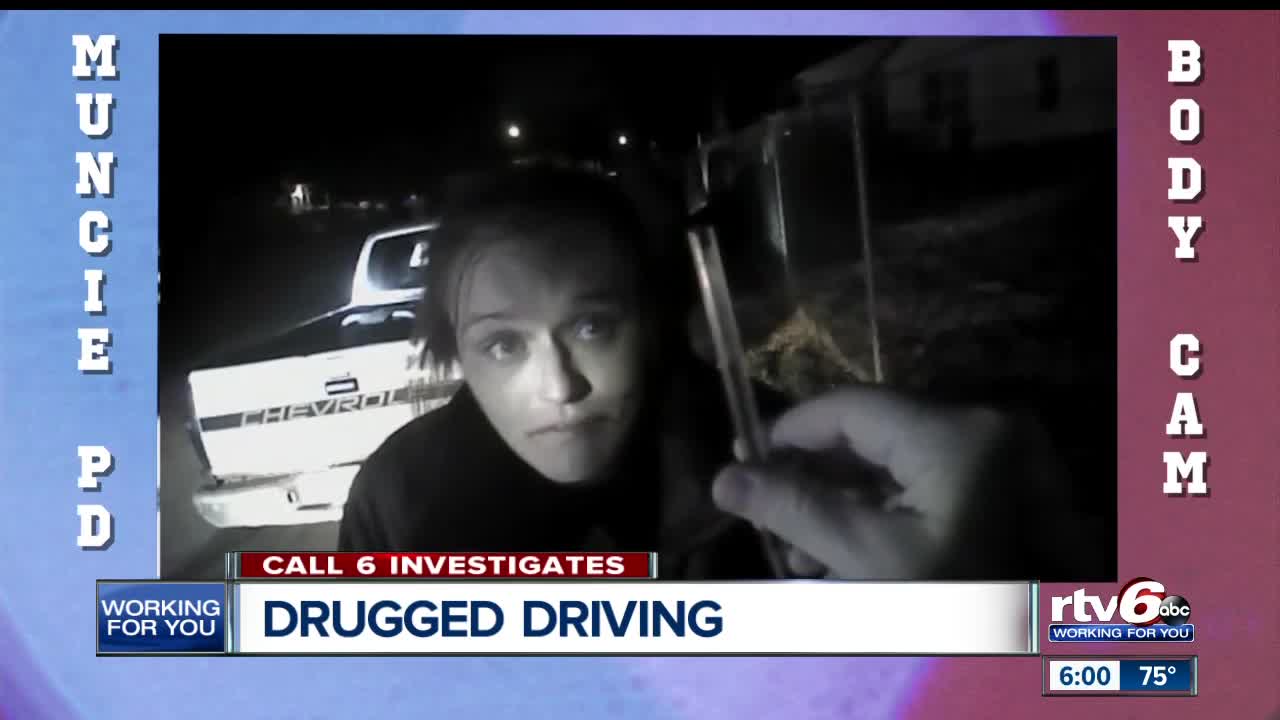 Call 6 Investigates has uncovered a growing number of people on Central Indiana roads are under the influence of drugs, driving next to you and your family. 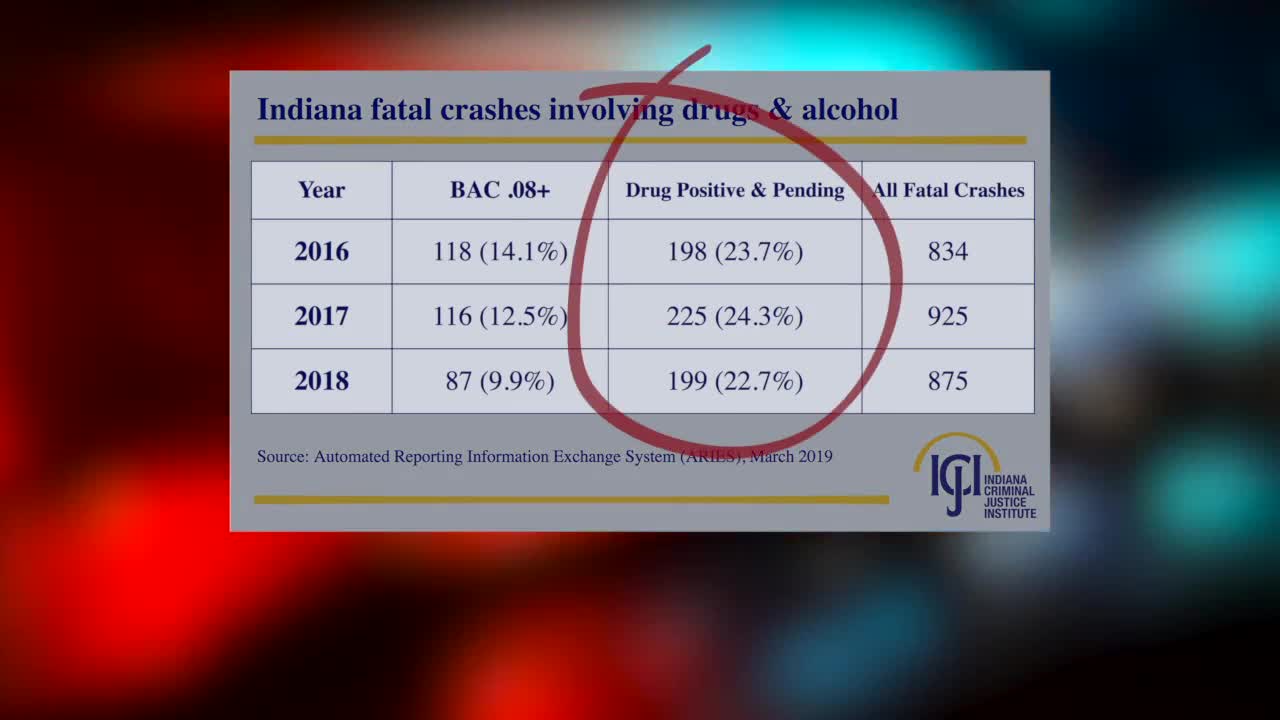 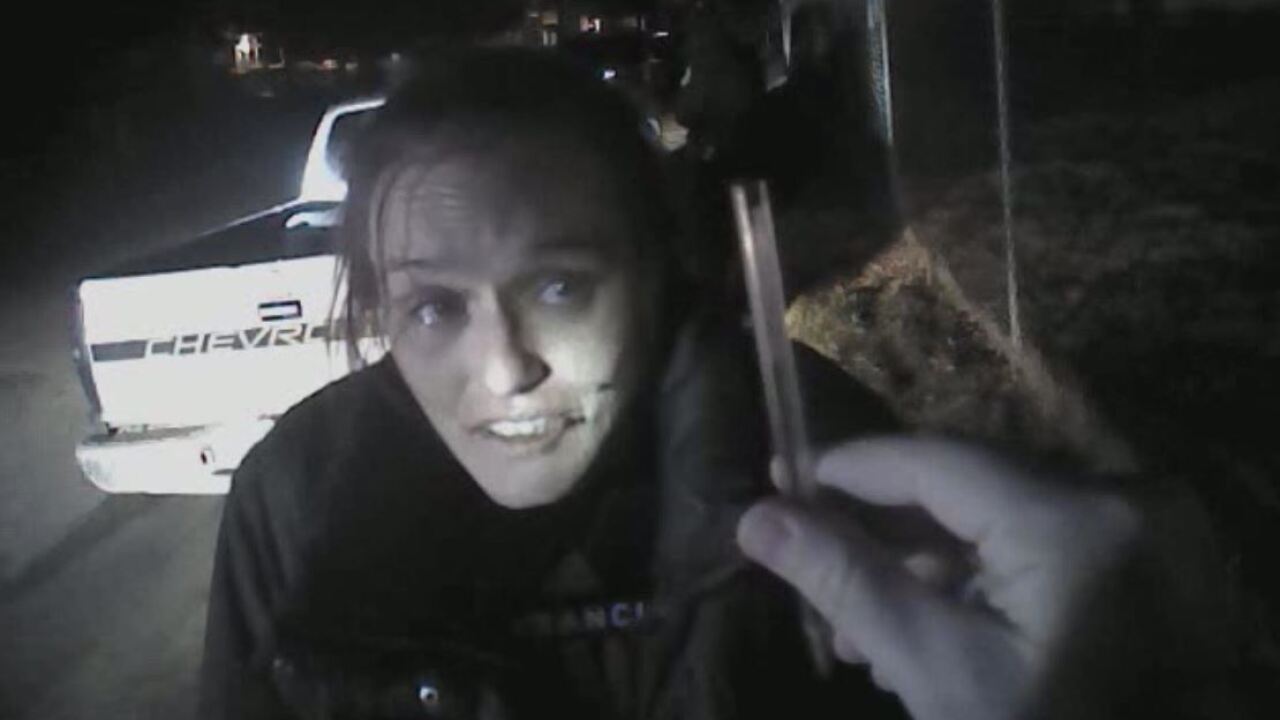 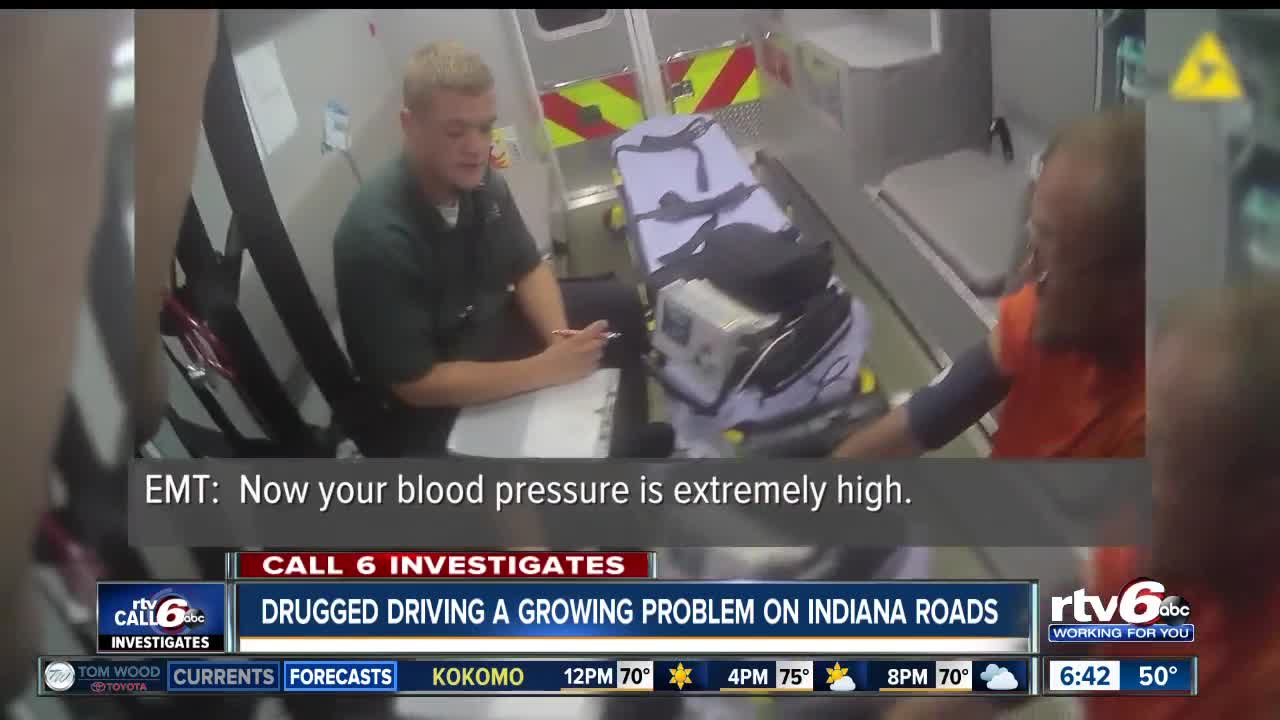 INDIANAPOLIS— Call 6 Investigates has uncovered a growing number of people on Central Indiana roads are under the influence of drugs, driving next to you and your family.

In 2016, drugged driving made up 8% of Indiana State Police OWI (Operating While Intoxicated) arrests.

Drug-involved crashes are also making up a larger proportion of deadly crashes involving alcohol or drugs, according to the Indiana Criminal Justice Institute.

Kara Kenney has been digging into the problem of drugged driving and uncovered shocking body camera video showing people on drugs driving on the road.

Body cameras were rolling as Muncie police officers responded to a report that someone hit a parked car in the Walmart parking lot on East 29th Street.

Officer: Nothing is going on with you today? This is how you normally act?

Frontz: Ya, I’m cold. I had surgery on my back.

Officer; Are you on medications for that?

Frontz: I was on medications for that, but not all the time.

A DRE is an officer that’s had special training in how to detect when a driver is impaired, even if the driver passes a breathalyzer.

Officer noted Frontz’s pupils were constricted and she had trouble touching her nose.

Frontz: I have taken one hydrocodone.

Officer: When did you take the hydrocodone?

Officer: That can impair your ability to drive, right?

Frontz: It can impair my ability to drive.

Officer: I have probable cause to believe you’ve operated a vehicle while intoxicated.

Muncie police took Frontz to get a blood draw and then to jail.

Frontz is scheduled for a pretrial conference on June 6.

We reached out to Frontz and her attorney for comment but we have not yet heard back.

In another example, Muncie Police officers stopped Larinda Pollard after they saw her truck traveling down the middle of the roadway.

Officer: What have you been taking today? I know you’re on something.

Officer: Suboxone. So you’re on Suboxone. When did you take that?

Officer: You know you can’t drive on Suboxone.

Suboxone is a drug that is used to treat heroin addiction, and the side effects can include dizziness, drowsiness, confusion, blurred vision, and lightheadedness.

Officers took her to the hospital for a blood draw, and a lab report later showed several drugs in her system including methamphetamine and diazepam, a drug that treats anxiety and slows the nervous system.

She reached a pre-trial agreement with prosecutors, but is now accused of violating her probation.

A warrant is out for Pollard’s arrest.

We reached out to her attorney and we did not hear back.

In February, the Delaware County Traffic Safety Partnership had 13 OWI arrests, 10 of which were for drugged driving not alcohol.

"We get called a lot of times by other drivers who say hey this person is nodding off at the wheel,” said Kirby. “They'll give a description and a plate number."

Police want you to call them if you see an impaired driver, which could look like swerving, someone waiting through traffic light cycles, driving on the curb, or not using headlights.

Kirby said people are more likely to get a ride with Uber or Lyft if they’ve been out drinking.

"We're more likely to see drugged drivers during the day than we are drunk, because people feel they can drive on medications," said Kirby.

State records show the most popular drugs of choice are marijuana, opioids and stimulants; stimulants are on the rise, such as methamphetamine and cocaine.

Drivers are using both illegal and prescribed drugs, and driving on the roads next to you and your children.

"We've had parents drop children off at elementary schools and pass out still in the parking lot of the school,” said Kirby. “They’re completely impaired and they drove their children to school."

The solution to drugged driving is in part better detecting drivers on drugs and getting them off the road, said Kirby.

Muncie Police has three active drug recognition experts including Sgt. Kirby, who is also a DRE instructor for the state.

In 2019, they’re training an additional 50 officers to be experts in drug detection.

Drugged driving suspects can either submit to a blood draw, or officers can get a warrant for their blood.

It’s sent to the Indiana State Department of Toxicology, but they have a large backlog, so the results can take 10 months.

Last year, the Indiana State Department of Toxicology received 8,201 requests for drug analyses, a 54% increase from 2012.

Kirby said drug recognition experts allows them to take drugged drivers off the road while the state processes the blood.

"We determine which drug category they're impaired by, and then we charge them with OWI with a controlled substance, and then when the test comes back it's confirmed and the prosecutor files the charges," said Kirby.

Kirby said in the past, impaired suspects likely got away if they passed a breathalyzer.

"It is possible that some of them were let go and that fact alone is scary," said Kirby.

Part of the solution includes tougher penalties for drugged drivers, more services for drug addicts, and education starting at an early age about the dangers of using drugs and driving.

“We aren’t going to arrest our way out of this,” said Kirby.

Click here to read about a Johnson County father who says his life was shattered by a drugged driver.