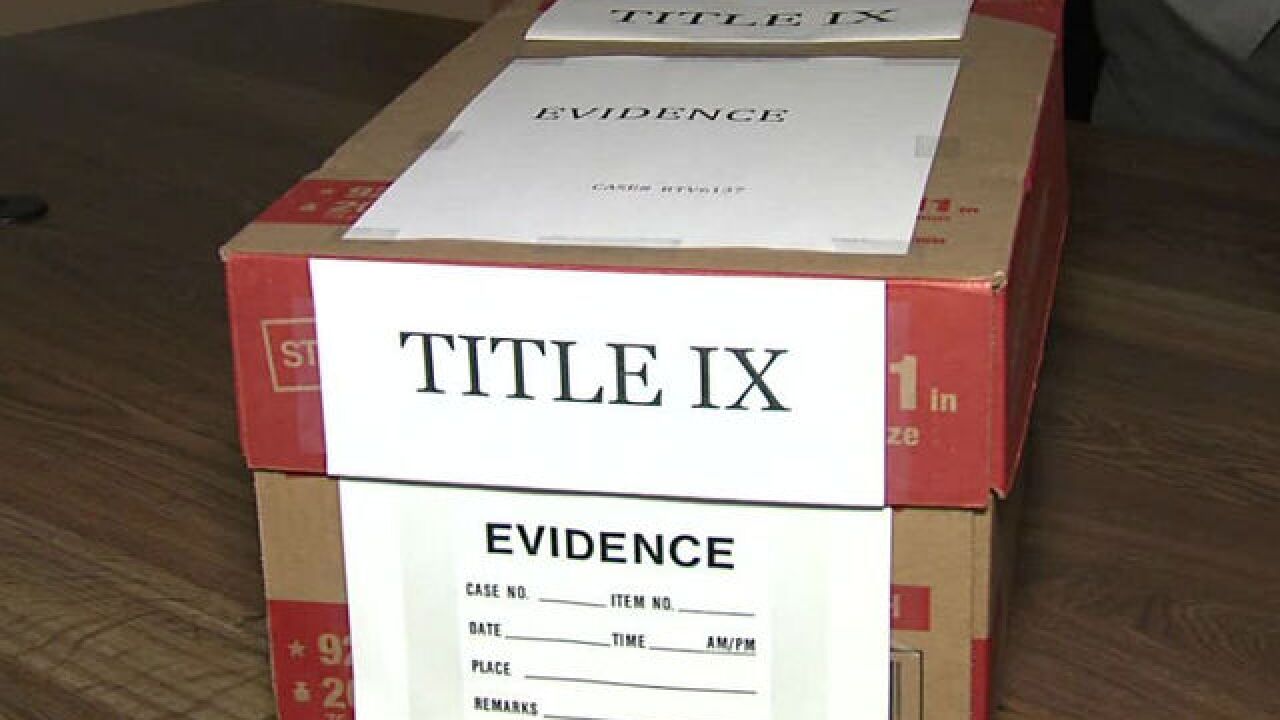 INDIANAPOLIS — The Indiana Coalition to End Sexual Assault is criticizing a new proposal they say will hurt how colleges, universities and K-12 schools handle allegations of sexual misconduct among students.

“The proposed rule changes will dramatically and negatively impact protections and rights of victims, making it even harder for them to come forward for help,” read a statement from the Indiana Coalition to End Sexual Assault.

The U.S. Department of Education released its plan Friday under Title IX, the federal civil rights law that prohibits discrimination on the basis of sex in education programs or activities that receive federal funding.

Title IX also requires universities to investigate reports of sexual misconduct , a process that is completely separate from the criminal process.

Some have criticized how schools investigate sexual violence, including that schools use the  “preponderance of the evidence” yardstick to determine whether a student is responsible for the sexual misconduct, which is a lower threshold than criminal cases.

RELATED: The trouble with Title IX: Holes in the system impact Indiana schools

Here are the key changes outlined below by USDOE:

“Throughout this process, my focus was, is, and always will be on ensuring that every student can learn in a safe and nurturing environment,” said U.S. Secretary of Education Betsy DeVos. “That starts with having clear policies and fair processes that every student can rely on. Every survivor of sexual violence must be taken seriously, and every student accused of sexual misconduct must know that guilt is not predetermined.”

The Indiana Coalition to End Sexual Assault said the plan will not balance the scales for survivors and those who can cause harm.

“But in fact, the rules place the rights of someone who causes the harm in higher regard than the rights of victims,” read ICESA’s statement. “According to the National Women's Law Center, students would have to endure more severe harassment before their school must respond than employees would have to endure before their employers would have to respond. The proposed rule changes stymies and stalls advances made in recent years to ensure that sexual assault victims on campuses across Indiana and the country are protected.”

ICESA considers the proposal a step backward, and encourages survivors, advocates and allies to make their voices heard during the public comment phase over the next two months.

Earlier this year, the U.S. Department of Education’s Office for Civil Rights determined Indiana University did not violate Title IX in its handling of an alleged 2015 sexual assault involving two then-students.

The Department’s proposed Title IX rule will be open for public comment for 60 days from the date of publication in the Federal Register.