Lung specialist explains what to do if you think you've been exposed to radon in home, workplace 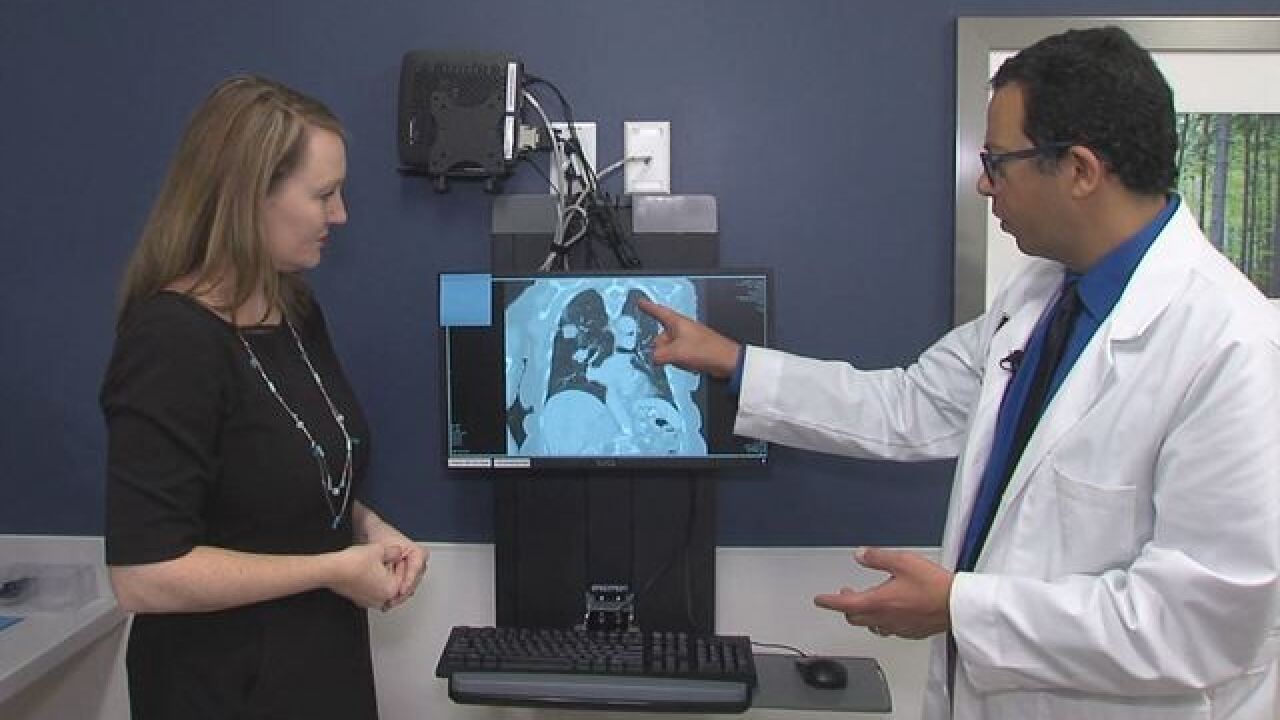 INDIANAPOLIS —  November is Lung Cancer Awareness Month, and while many people associate lung cancer with smoking, radon is the number one cause of lung cancer among non-smokers—killing an estimated 20,000 people a year.

The radioactive gas comes up through the soil, gets trapped in buildings, and can damage your lungs.

You can’t see or smell it, so the only way to know if it’s there is to test for it.

Many people find out they’ve been exposed to radon when they sell their home and the buyers requested a radon test as part of the home inspection.

“The vast majority of people have no idea they have lung damage from radon,” Hanna said.  “You're not going to feel ill, there's not some kind of syndrome that's associated with radon."

Annie Cacciato found out she had lung cancer after she had trouble getting rid of pneumonia.

“My doctor sent me to a lung specialist,” Cacciato said. “That was the first time I heard the word cancer. I did a CT scan, and he said this doesn't look right."

Cacciato is a non-smoker, who had her former school and workplace tested for radon and discovered high levels.

“One thing about radon is it doesn’t go away unless you fix it,” she said.

If you discover unsafe levels in your home, you should hire a contractor to mitigate the problem.

But how do you know if the radon has damaged your lungs?

“I think you should talk to your physician,” Hanna said.

Your doctor will look at how long you were exposed to the radon, as well as other risk factors such as exposure to secondhand smoke at home or in the workplace.

Hanna recommends asking for a lung CT scan if you’re considered high risk, such as if you’ve smoked and you’ve been exposed to high levels of radon. A lung CT scan is not always the best option for everyone, he said.

“Getting a screening CT is not entirely without potential problems,” Hanna said. “There are things that are called false positives."

Many people, like Annie Cacciato, don’t find out they’ve been exposed to radon until they’ve developed lung cancer, which is why it’s so important to focus on prevention and testing where you live, work and go to school.

"With radon it just seems to be this very elusive problem that people are very indifferent to, they don't understand they don't educate and they don't believe it,” Cacciato said.  “You wouldn't just let a fire go off in your house and leave it burning forever."

Call 6 Investigates exposed the fact that most Indiana schools are not testing for the radioactive gas.

Tonight on the News at 11:00, we’ll show you how state lawmakers are taking action when it comes to radon in your child’s classroom.