Sextortion Terror: Family of woman who helped track down 'Brian Kil' speaks out 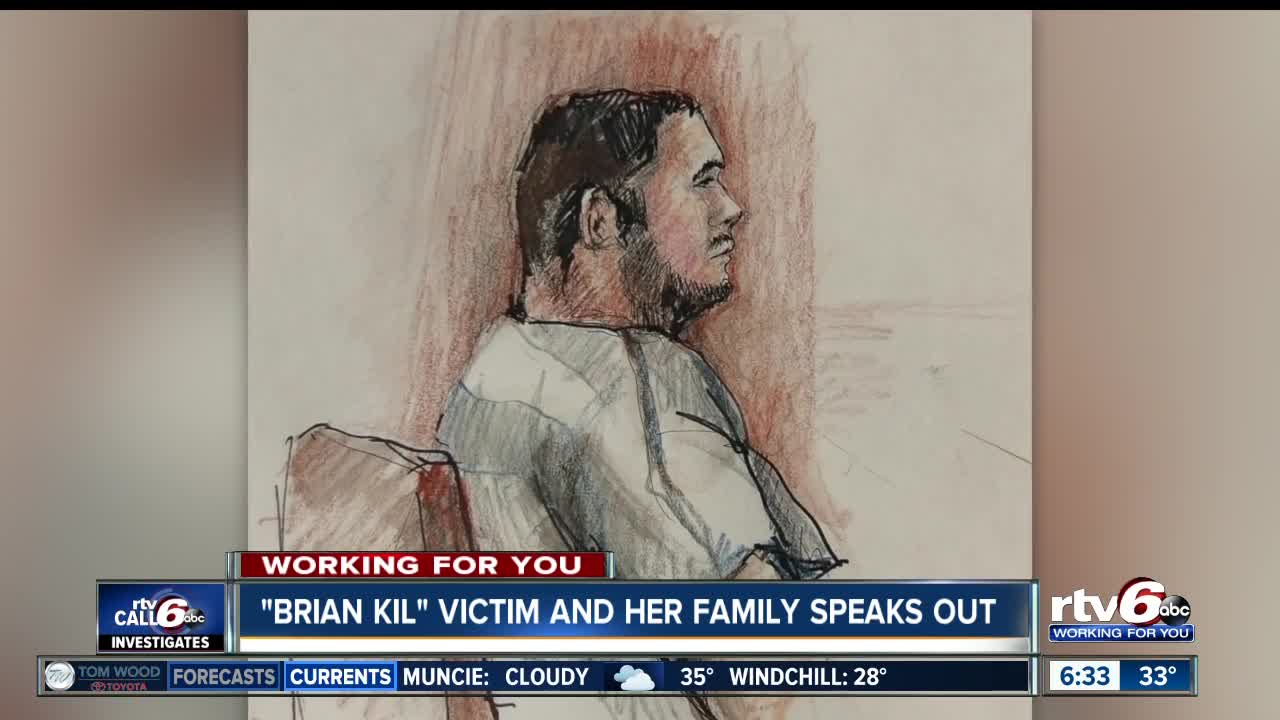 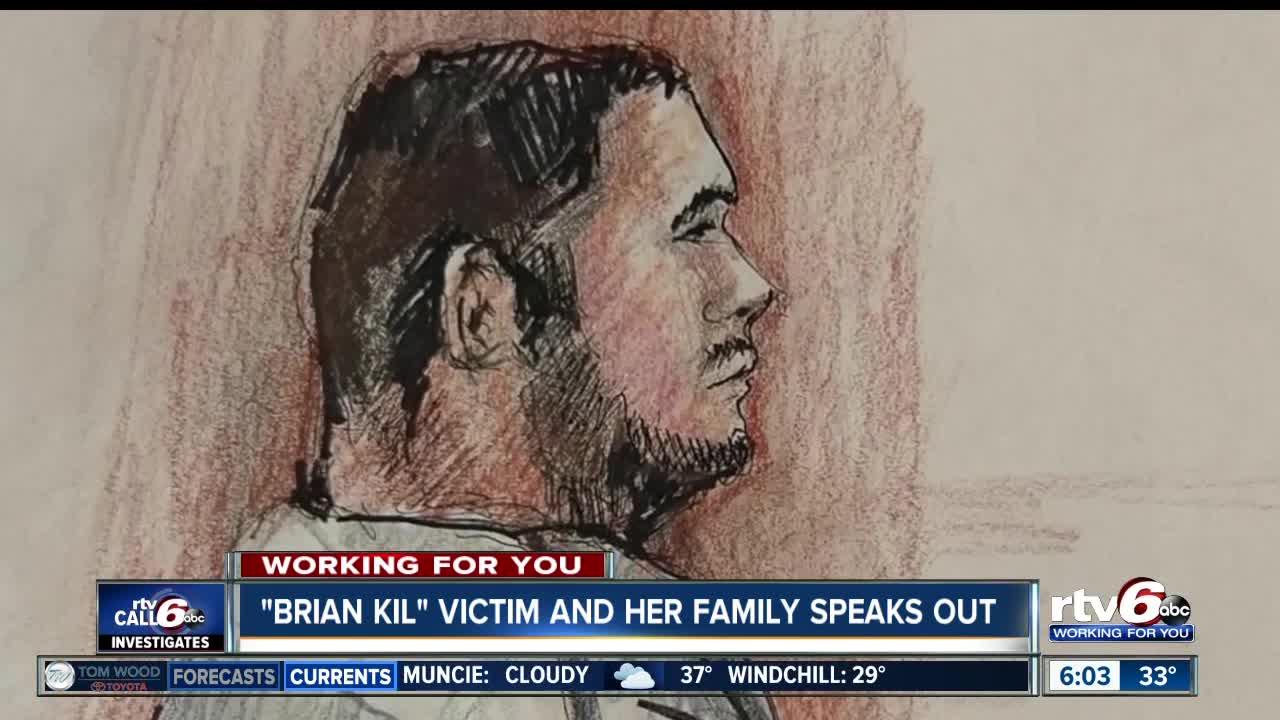 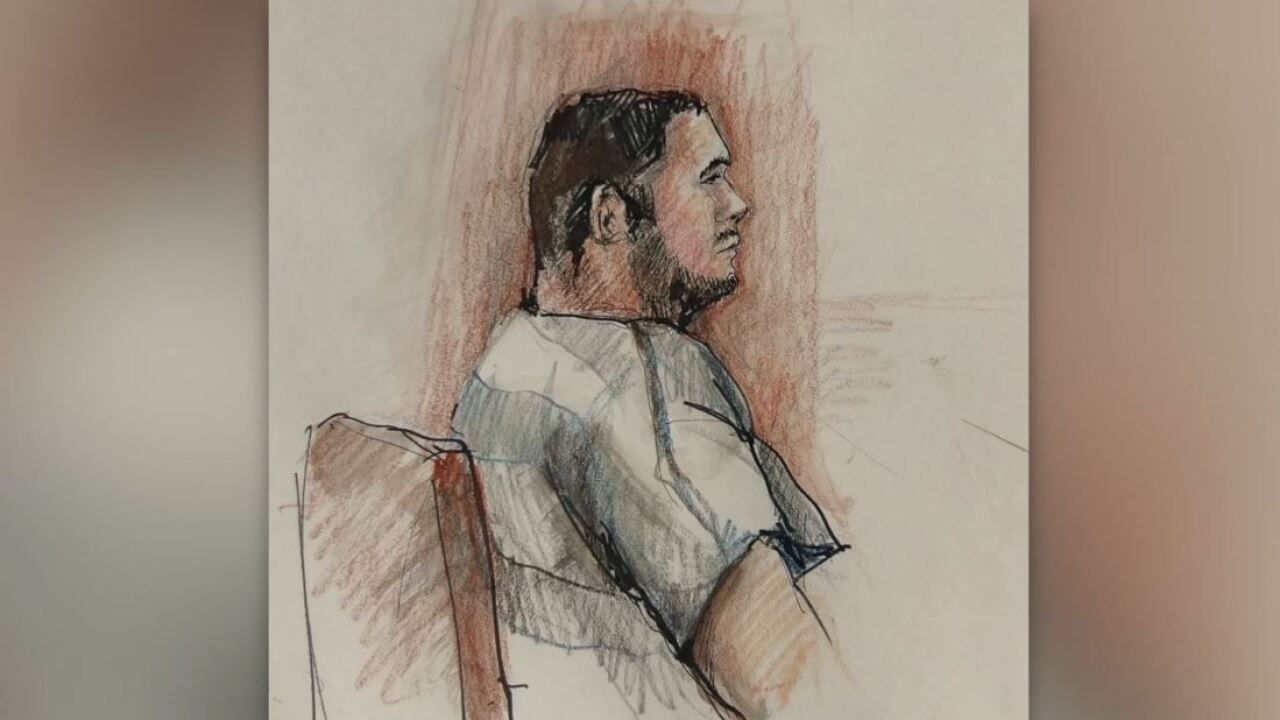 MICHIGAN — The family that helped investigators crack the 19-month investigation into the “Brian Kil” threats and find the man accused of terrorizing young girls across the country is now breaking their silence.

The case has hundreds of victims across the country, including Plainfield, Indiana.

Buster Hernandez, 28, is accused of using his online persona to coerce and threaten underage girls, forcing them to send inappropriate images of videos of themselves and encouraging them to kill themselves. His threats turned into years of extortion and terror for many of his young teen victims.

Hernandez is also accused of making the threats on Facebook that prompted the evacuation and closure of both The Shops at Perry Crossing and Plainfield High School in late 2015 and early 2016.

But that was just a piece of the puzzle investigators are still putting together.

Hernandez is facing dozens of federal charges from across the country, according to new court documents revealed last week.

Investigators say a family from Detroit were finally able to help lead them to their suspect. Family members say Hernandez terrorized two of their daughters over several years.

“It was really frightening. Every time I would see a text or feel my phone vibrate, I would be scared to pick up my phone,” said the younger sister of the girl who helped track down Hernandez.

The young victim and her mother have asked that their identity not be released because of the harassment their family has already had to endure from the situation.

“He said rape and murder and described things in detail. And he would give [us] death poems, and was able to get our alarm code, and he just was very manipulative,” said the mother. “It was extremely frightening. We couldn’t even walk out of our house not knowing that someone was going to attack us at one point. He made threats to the school, he made threats to my daughter on a regular basis, he texted me he was going to come in in the middle of the night and beat us up. And he was very vulgar in how he did it, very vulgar. He was going to destroy my family.”

“When he asked me a certain question, he asked me about pictures, I was like, I feel uncomfortable,” said the teen. “Then he told me that he was going to text my mom, so I told her about it.”
That’s when they called the police.

“This man is a very dangerous man. He’s a serial predator,” said Brownstown Twp. Police Chief Robert Matthews. Matthews says their investigation revealed the person behind the threats was using high tech ways of hiding his IP address, including using a TOR server, which meant they couldn’t figure out where he was.

“When we start seeing that, we’re into a very sophisticated criminal,” said Matthews. “We started doing some investigation into the number where the text was coming from. And it came from a company called TextNow which was based out of Canada. We followed the numbers back, we did some investigation into what TextNow was. It’s an anonymous texting site where you can draw numbers out of the cloud or out of the air and pretend you’re somebody else, and then these numbers are then trashed. You can’t trace them back.”

The FBI later took over the investigation, and now says Hernandez used several online personas to force hundreds of underage girls across the country to send inappropriate pictures and videos of themselves. If they refused, court records show Hernandez threatened to murder, rape, and kidnap the victims and their family members.

The FBI agents also learned something else about the family from Brownstown.

“He told us that our youngest daughter was not the target originally, and that it had been going on for about four years with my older daughter,” said the mother. “We were dumbfounded, we were blown away. We didn’t understand how this could happen to our older child, why didn’t she come forward? Why didn’t she tell us? Why? There were so many things going through my head. But this person master manipulated her and brainwashed her to think that if she didn’t do what he told her, he would hurt her or our family.”

Federal agents worked with the older daughter to send a piece of code, like a virus, in a video to Hernandez. After 21 months of searching for the man behind the threats, that young woman’s willingness to help led the FBI right to his doorstep in Bakersfield, California.

“She’s amazing. I was scared that she was going to bottle up and not say anything, but she was pretty brave,” said the mother. “She’s brave and she’s broken… This person took away her adolescent years. Made her somebody that she’s not.”

“I believe she didn’t want this to happen to any other people, so she stepped forward, and worked with the federal government to track this guy down and bring him to justice. And I think that’s super important,” said Chief Matthews.

Now the police and this family in Michigan have a message for parents and teens across the country.

“Pay attention to your children. Pay attention to their moods and their behavior. It means something,” said the mother. “Don’t think things are ok. If your child is behaving in any way-- they back up, they’re quiet, they get out of the house quicker, they’re not answering you, they’re not looking you in the eye, when they’re having conversations. Mood changes. Anything – any changes – there’s something going on. There’s definitely something going on. Social media, technology is very evil, and it’s very dark. And people don’t realize how, how the evil people use it.”

The Feds have now revealed that Hernandez was even trying to coerce some girls into committing suicide.

Sources close to the investigation tell Call 6 Investigates they believe there could be hundreds of other victims they don’t even know about yet.

If you are a victim or know somebody who is, call your local police department.