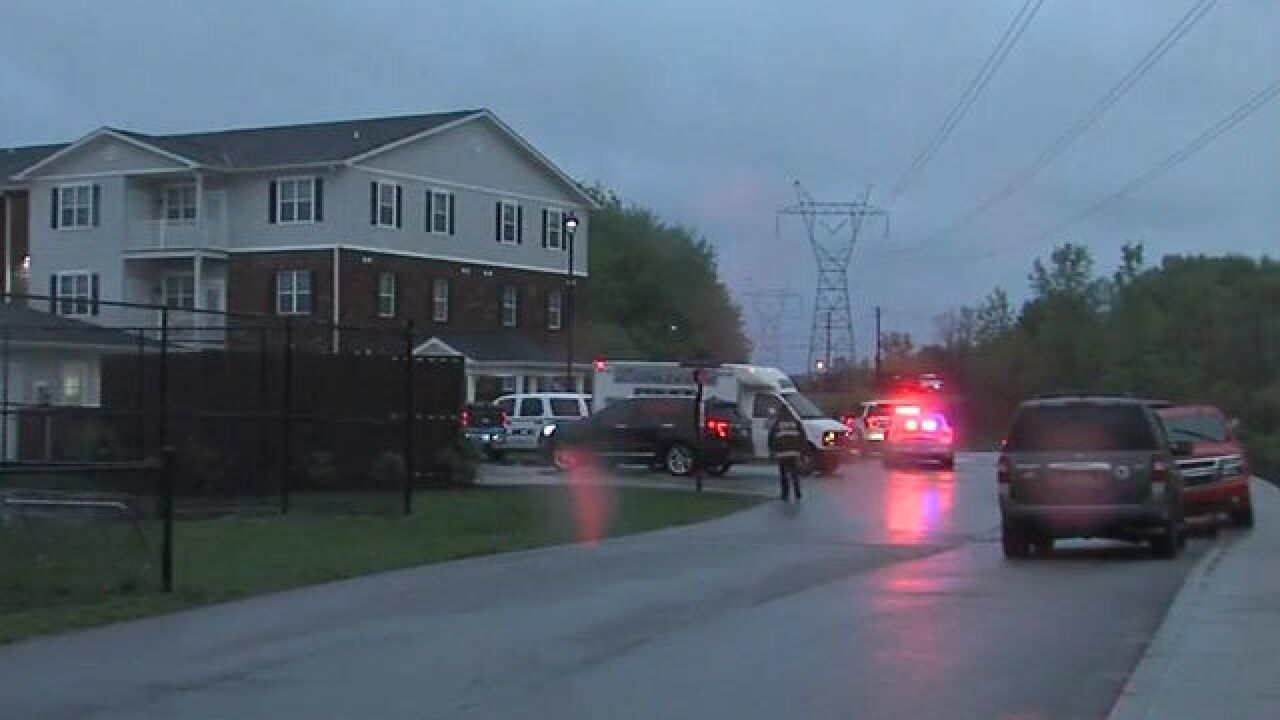 ZIONSVILLE, Ind. -- An Indianapolis man was shot and killed Friday morning at an apartment complex in Zionsville, Indiana.

The shooting happened around 5:45 a.m., in the Quail Run Apartments. Within a minute of the call, Zionsville officers arrived at the scene and found the victim unresponsive. He was pronounced dead at the scene.

Knox said police brought a K-9 to the scene to try and pick up on any tracks, but the search was unsuccessful.

"A multi-agency effort is currently being exhausted. We are urging people to come forward if they believe they may have witnessed anything in regards to this morning's shooting including suspicious vehicles or persons leaving the scene," said Knox.

Investigators say multiple eyewitnesses reported seeing two white vehicles leaving the area during the time of the shooting. one of those vehicles is described as a white Chevy Impala. The second vehicle is described as a white Honda Accord. If you have any information on vehicles matching that description that were in the area on Friday morning contact the Zionsville Police Department at 317-873-5967.

"If you're from Zionsville, it's still a small community," Knox said. "The Quail Run Apartments, we're very familiar with, but it's just like any neighborhood. It's no worse or better than a lot of the neighborhoods around here. A lot of good people live here."

There were three homicides in Zionsville in all of 2016:

"Now that we had three last year and one this year, how am I supposed to feel?" Knox said. "I don't like it. I can't put my finger on why this has happened. ... It's a growing community and the world is changing, I don't know."

Watch Knox's full press conference in the video player above.

Police say six shell casings were found at the scene.
Copyright 2017 Scripps Media, Inc. All rights reserved. This material may not be published, broadcast, rewritten, or redistributed.