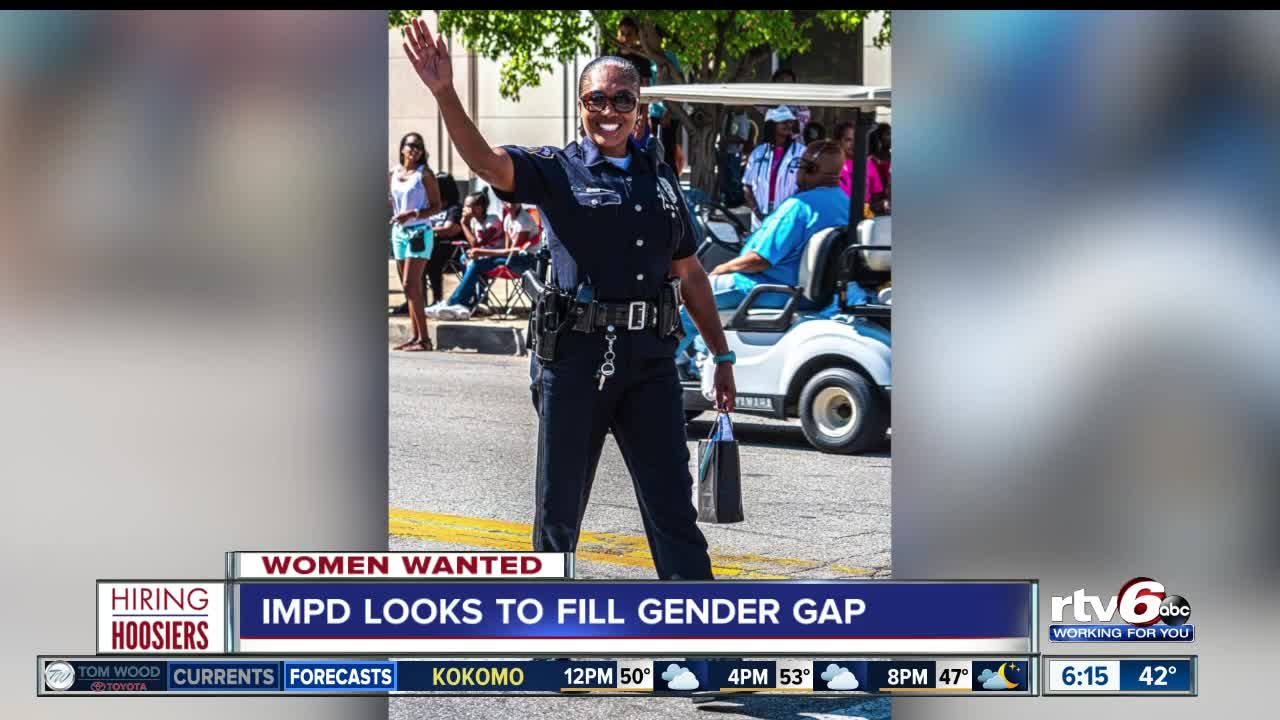 INDIANAPOLIS — RTV6’s Hiring Hoosiers is all about helping you find jobs and opportunities and explore careers you may have never even considered. That especially includes careers in male-dominated industries like law enforcement, which is an essential mission for the Indianapolis Metropolitan Police Department to hire more women. 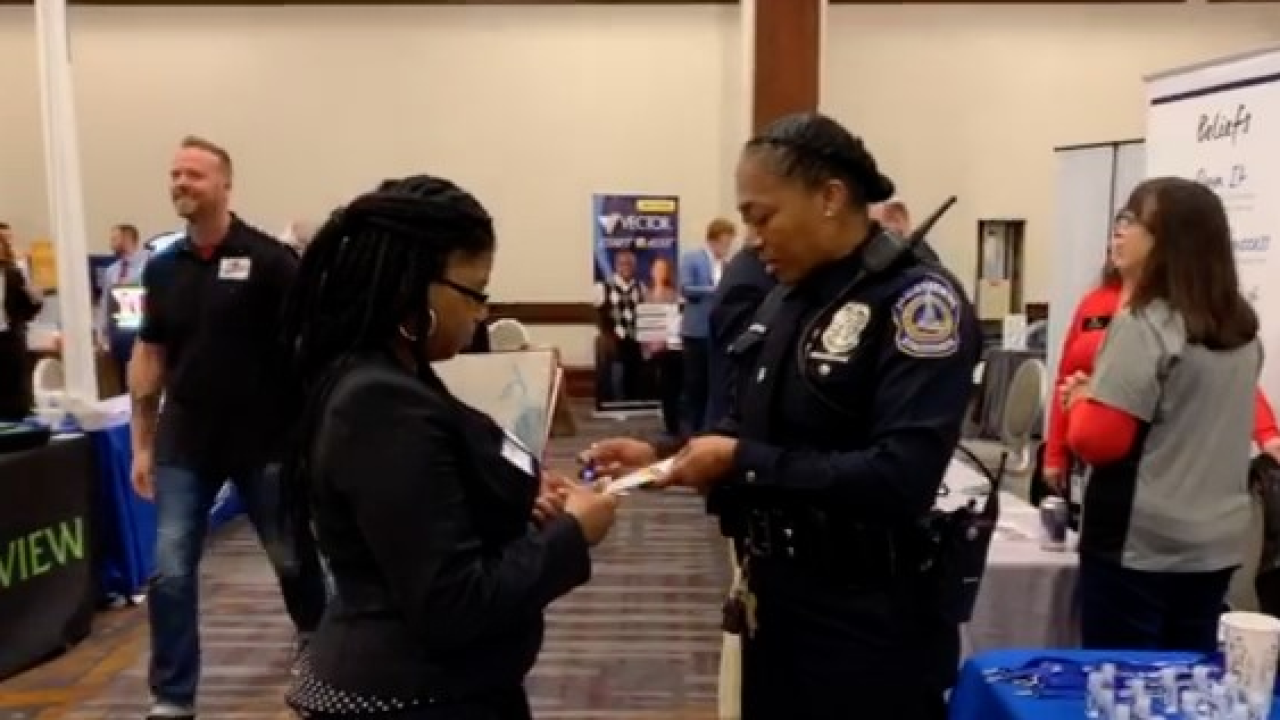 INDIANAPOLIS — RTV6’s Hiring Hoosiers is all about helping you find jobs and opportunities and explore careers you may have never even considered.

That especially includes careers in male-dominated industries like law enforcement, which is an essential mission for the Indianapolis Metropolitan Police Department to hire more women.

“I’ve always had a natural something inside of me that just wanted to help people.”

READ | Women Behind the Badge: A look at what it takes to become an IMPD officer |

At first, Melony Moore thought she wanted to be a nurse or a secretary.

“And then it just hit me. Like, you know what, I can be a police officer. I think that’s what I want to be.”

But like so many, that realization didn’t come until later in life.

“When I was 33, I decided, ‘Hey, I think I want to be a police officer.’ Went through the process, didn’t make it the first time, but I continued on, and here I am, eighteen years later.”

“You’ve lived, you have experience. You may be a mother, a wife, I was a mom, a wife, had a couple different jobs, and so you bring along with you that experience, the wisdom, the maturity and so all of that helps, and you know whatever experiences that a person may have prior to coming to the police department,” says Moore.

And there’s a major need for women to join the force.

It’s a far cry from the demographic make-up of the city the department serves.

“Indianapolis is pretty big,” says Moore, “It’s pretty big, and it’s pretty diverse, and so we want our department to reflect the community, and we have a very diverse community. Hopefully, we will be able to get that 50/50 or at least close to it because we do definitely need more women on the department.”

It goes beyond just reflecting the community; it’s about reaching them in a time they need help the most.

“We have women victims, we have women suspects, we do searches, a lot of things we do that maybe a man is not able to do or not able to understand. There’s something about a woman’s communication level that touches people’s hearts sometimes.”

IMPD hosts a “Women Behind the Badge” workshop where you can learn more about joining the force.

The department is accepting applications until March 2020, and they understand that joining IMPD may be intimidating to some women.

The officers will help any accepted applicants and guide them through the entire training process.