Activist groups call for apology from prosecutor in Shortridge case 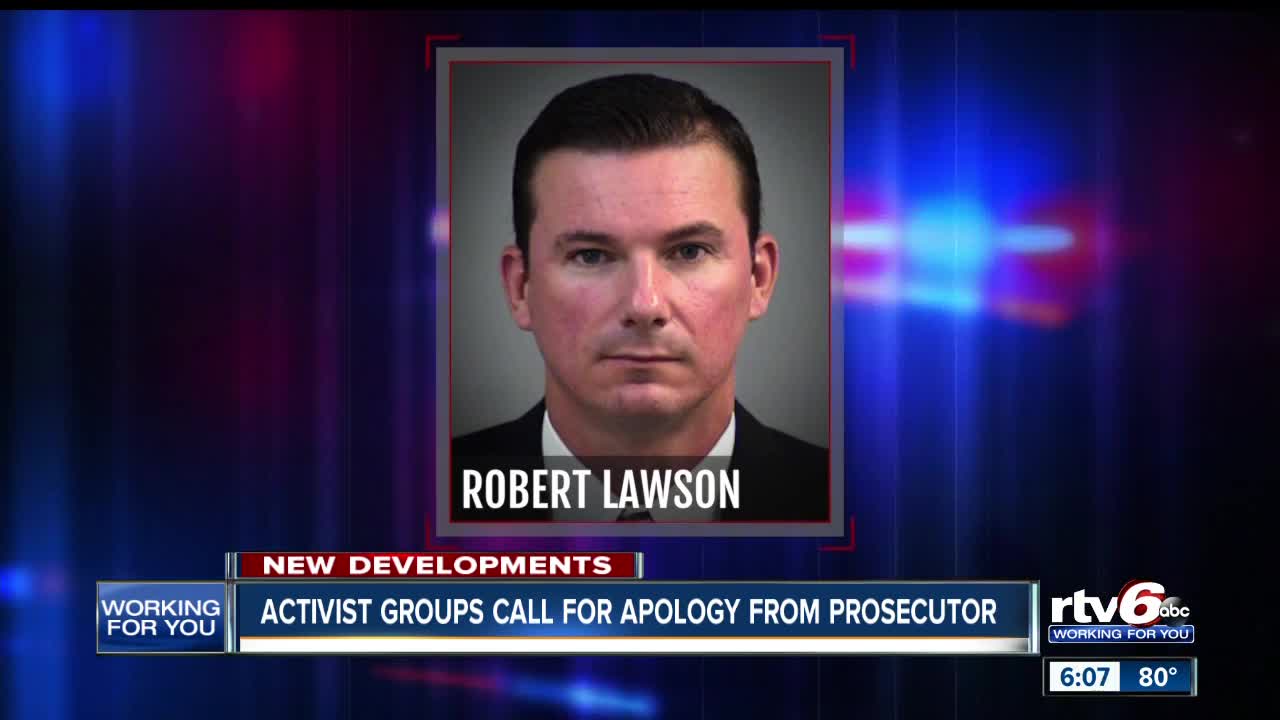 Local grassroots groups are calling on the Marion County Prosecutor to apologize to the family of a Shortridge High School student after comments he made after announcing charges against an Indianapolis police officer.

INDIANAPOLIS — Local grassroots groups are calling Marion County Prosecutor Terry Curry to apologize to a family for comments he made after announcing charges against an Indianapolis police officer.

He's also charged with felonies, including perjury and obstruction of justice, for statements he made about the incident.

On Monday, Curry also appeared to lay some of the blame for the escalation with the teenager's aunt who was confronting officers.

"When she was asked to leave the property, rather than doing so or talking in a calm manner with the IPS officer who was asking her to leave, she screamed, she yelled, she dropped f-bombs, she dropped m-f'ers,” Curry said.

Curry said he was not excusing the officer's behavior, but three activist groups say curry owes the woman an apology.

RELATED | Shortridge: How a now-charged IMPD officer's report differed from what the video showed

In a joint statement issued by IMPD transparency, Answer Indiana, and Indy Ten Black Lives Matter, the groups called Curry’s criticism of the woman "outrageous" because the woman fills the role of the mother in the teen's life.

The groups are also calling on Curry to promise to not cut a deal with the officer in exchange for a reduction in the charges against him.