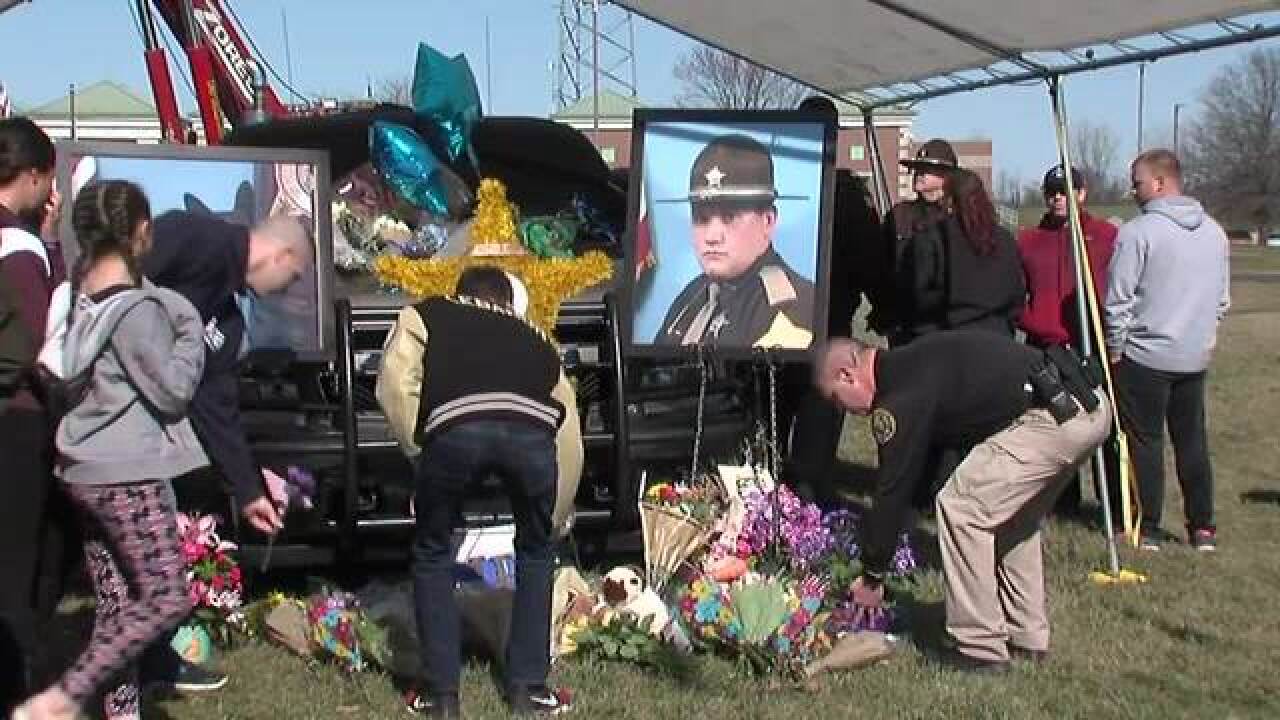 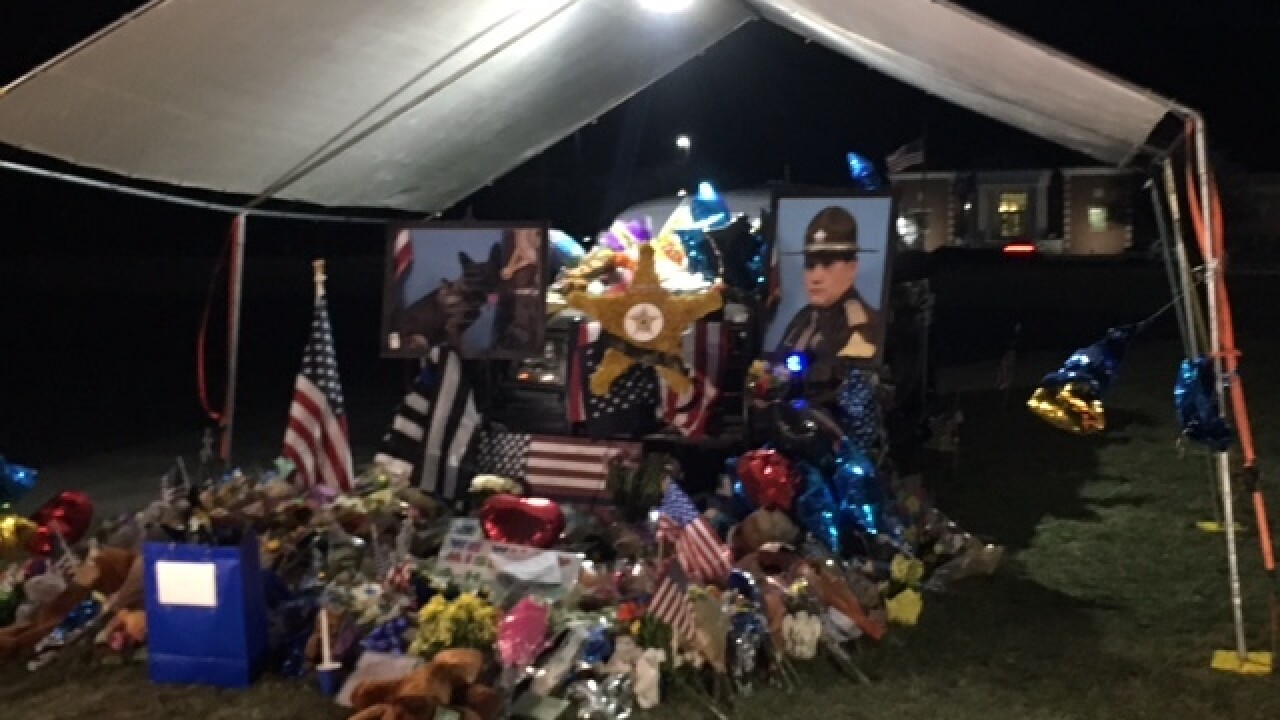 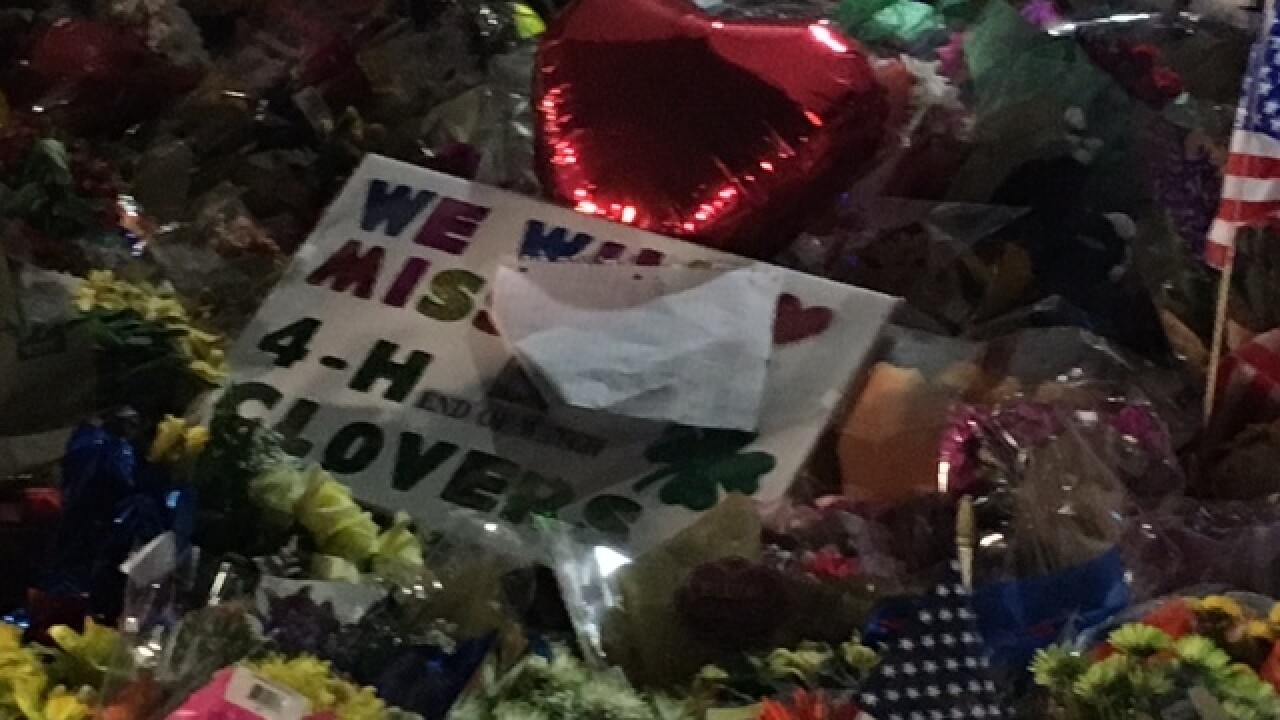 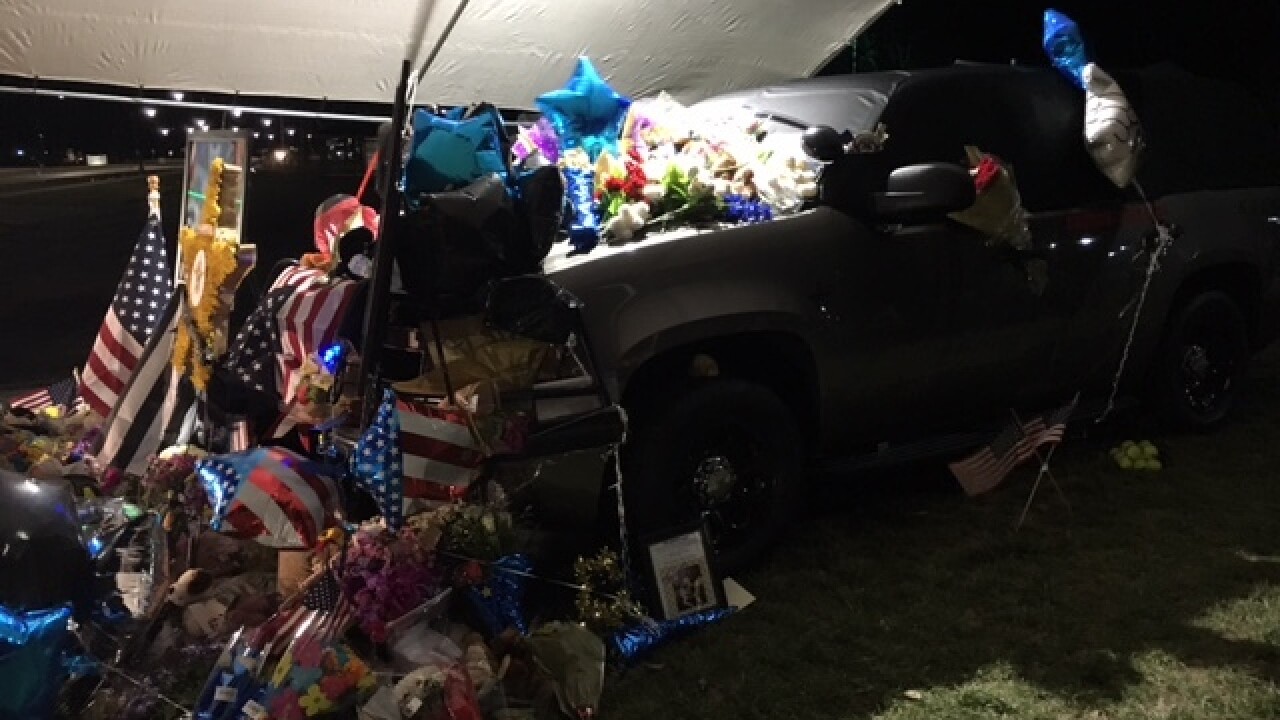 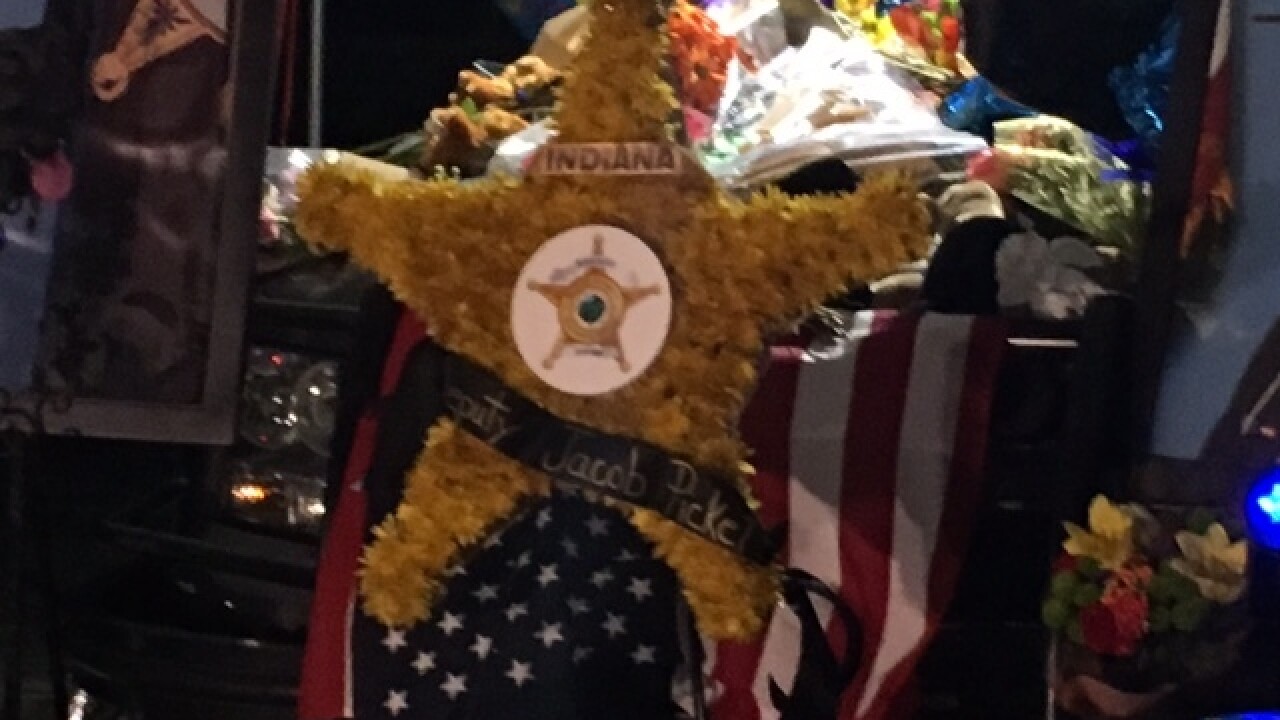 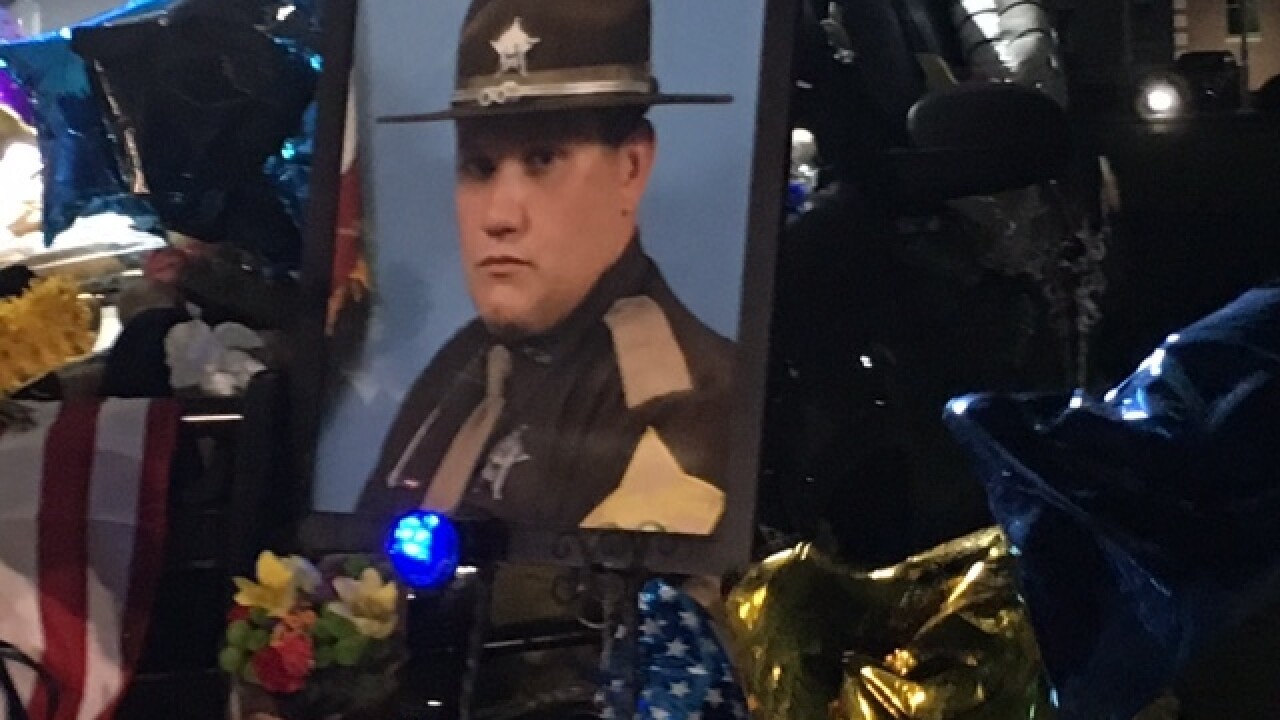 BOONE COUNTY, Ind. -- Dozens of people gathered outside the Boone County Sheriff's Office on Saturday as Deputy Jacob Pickett's cruiser was brought in to become a makeshift memorial after he was fatally shot while assisting with a police chase on Friday.

The small ceremony was led by Boone County Sheriff Mike Nielsen who facilitated the wreath laying and setup of Deputy Pickett's cruiser and then led the group that gathered in a prayer.

"The outpouring of support has really touched our hearts beyond our imagination," said Sheriff Nielsen. "We have really good people here in Boone County."

Also present at the memorial on Saturday was Deputy Pickett's was his K-9 partner, Brik.

"Everywhere that Jake went, his K-9 partner Brik was with him," said Nielsen. "It was fitting for us to make sure that Brik was here personally today and his picture. Brik will attend the services as well."

Brik was a constant in Deputy Pickett's life for the past two years and is as important to the Pickett family as he is to the Boone County Sheriff's Office.

Sheriff Niesen says they haven't made any final decisions yet, but if Deputy Pickett's wife wants to keep Brik after everything is done he will do everything in his power to make sure she gets him.

"As a K-9 officer, when the K-9 goes home they not only build a relationship with the officer but with the officer's family," said Sheriff Nielsen. "Our goal is that if Jen wants Brik I will do everything in my power to make sure she can take Brik."