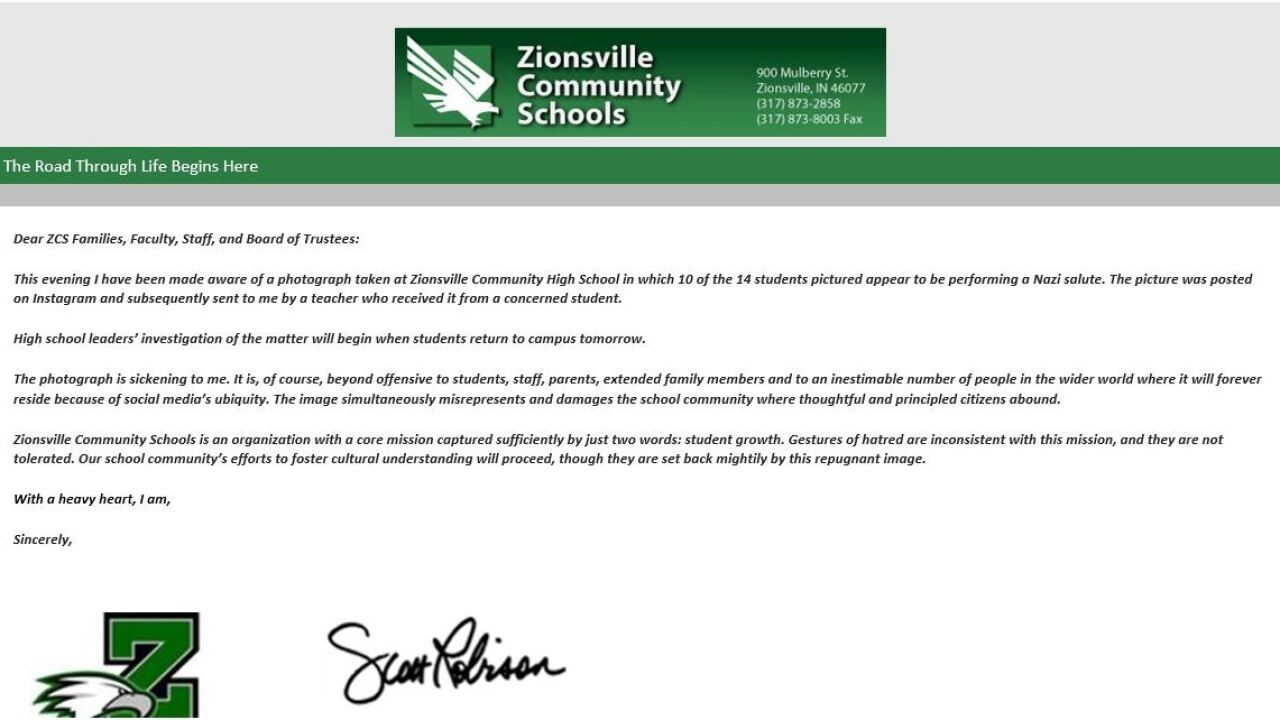 ZIONSVILLE — A picture taken at Zionsville High School and floating around on social media shows a group of high school students who appear to be making a Nazi salute.

Zionsville Superintendent Scott Robinson addressed the image in an email to parents just before midnight on Thursday.

Robinson says he was "sickened" by the picture and that administrators would be talking to the students involved on Friday.

You can read his full letter to parents below.