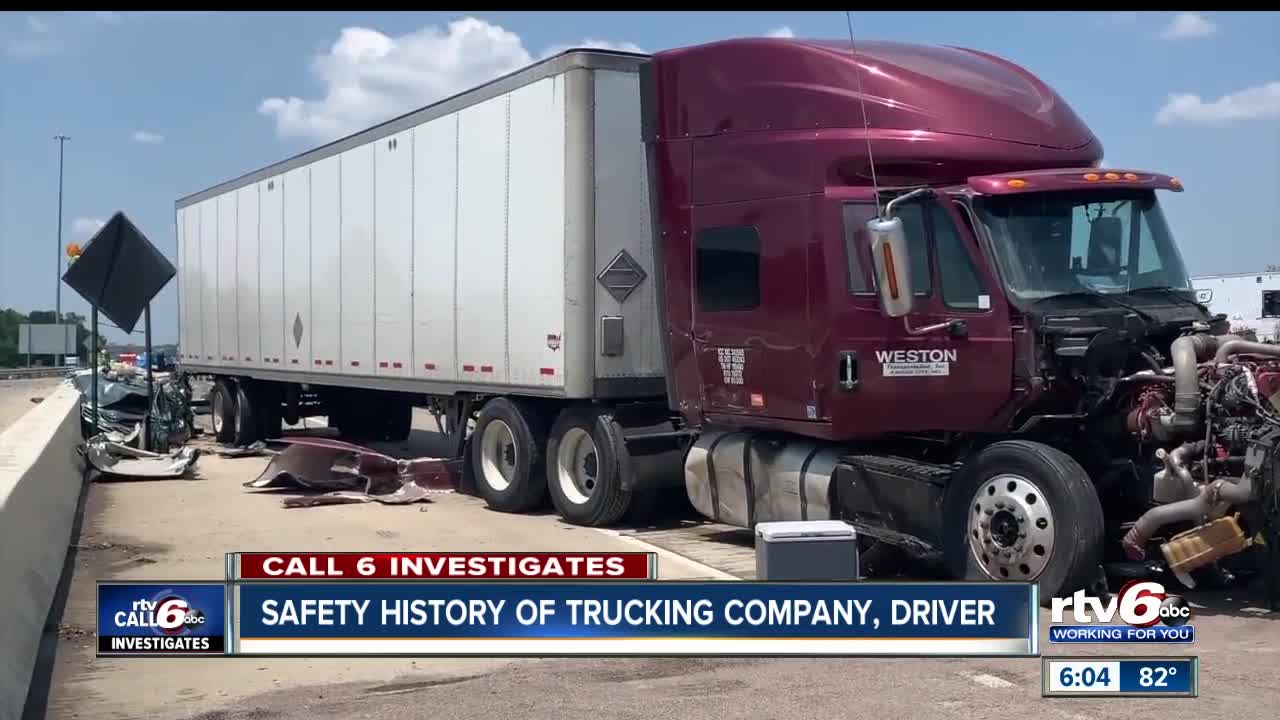 The trucking company involved in Sunday's crash has been cited previously for unsafe driving. 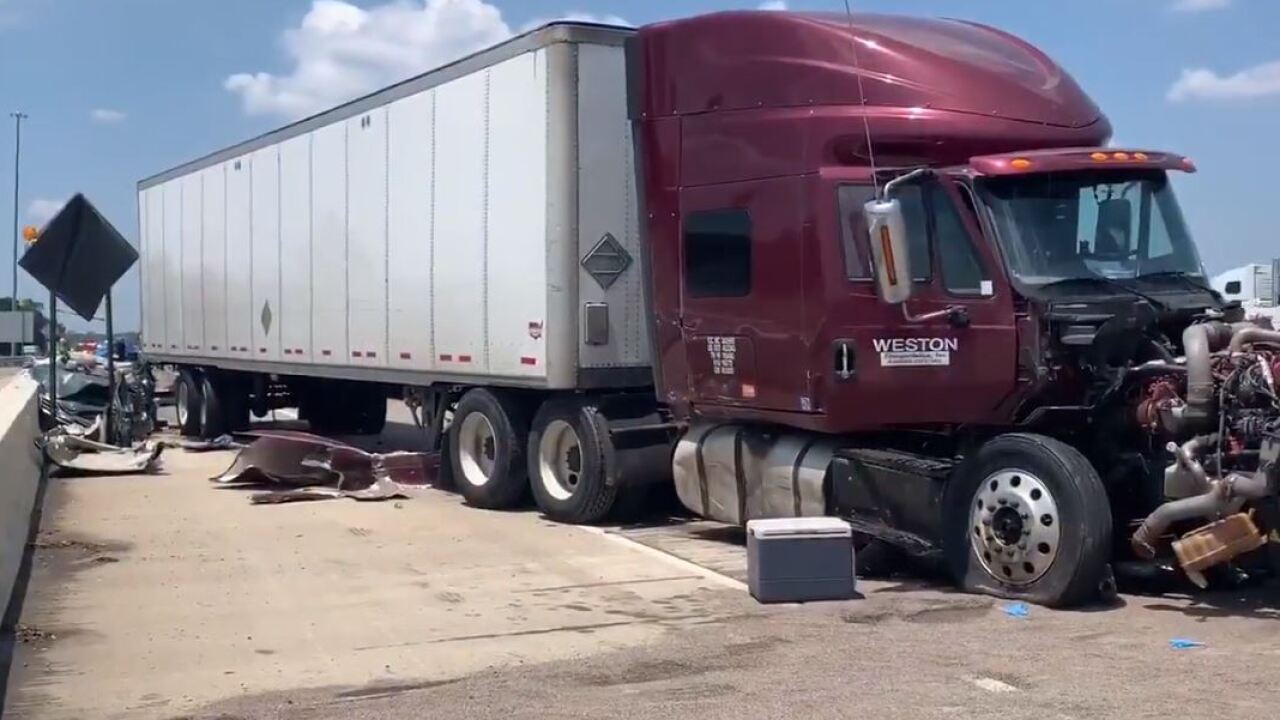 INDIANAPOLIS — The semi-truck involved in a fatal crash that killed an Indianapolis mother and her 18-month old twin daughters on Sunday was cited in 2018 for unsafe driving, records show.

The trucking company involved in the fatal crash is Weston Transportation out of North Kansas City, Missouri, according to Indiana State Police.

The Missouri license plate number for Pollard’s semi-truck was also cited on March 28, 2018 in Michigan for unsafe driving due to following too close, according to Federal Motor Carrier Safety Administration inspection records.

Following too closely is the number one cause of crashes in Indiana, records show.

For example, federal law says a truck driver who operates a commercial motor vehicle must be 21 years old, have a valid CMV operator license, and must submit a certificate of driver’s road test.

It’s unclear if Pollard was driving at the time of the 2018 violations.

Federal motor carrier inspection records obtained by Call 6 Investigates list license plate numbers, but do not list who was driving at the time of violations.

Bruce Pollard, of Sturgeon Missouri, received a traffic infraction in August 2018 for failing to change lanes or move over for an emergency vehicle.

Records show the North Kansas City, Missouri based company has 23 vehicles and 20 drivers, and has received 57 inspections over the past two years.

Weston Transportation has received 20 violations, including for six citations for unsafe driving—following too close, lane restriction violation, speeding, and unlawfully parking a vehicle in a roadway.

In 2017, Weston Transportation was cited for making a false report of a driver’s record of duty status which is considered an hours of service compliance violation—a regulation meant to keep tired drivers off the road.

Other violations over the past two years for Weston Transportation include vehicle maintenance problems like flat tires, improper tire tread, loose wheel fasteners and a damaged windshield.

Weston Transportation has not received any acute or critical violations since July 2017 for unsafe driving , hours of service compliance, vehicle maintenance, driver fitness, and controlled substances/alcohol and they are in satisfactory standing with the Federal Motor Carrier Safety Administration, records show.

Weston Transportation vehicles have been involved in two crashes over the past two years including one in 2017 in Ohio that left one person injured and another in June 2019 in Missouri that resulted in a vehicle being towed from the scene.

Federal records do not include the circumstances surrounding the previous crashes.

Federal regulations require the truck and the trailer must undergo an annual inspection in Indiana, according to Indiana State Police who will check for the documentation during roadside inspections.

Indiana State Police can also issue violations through its Commercial Vehicle Enforcement division, and the reports are uploaded to the Federal Motor Carrier Safety Administration.

Not all violations listed in FMCSA records resulted in a traffic ticket, according to ISP.

The semi driver in Sunday’s crash on I-465, later identified as Bruce Pollard, told investigators that a car that was not involved in the crash cut him and the driver slammed on their brakes before speeding off. Pollard said the incident forced him to slam on his brakes before he ran into the stopped traffic in front of him. Investigators have determined he was allegedly driving well above the posted speed limit at the time of the collision, according to ISP.

Eight vehicles were involved in the crash, six cars, a truck with a mobile home trailer and the semi. One of the vehicles burst into flames at the scene. The driver of that vehicle, Alanna Norman Koons, 29, and her twin 18-month-old daughters, Ruby and June Koons, all died at the scene.

Seven other people were injured in the crash and transported to local hospitals. One of those seven was considered to be in critical condition.

Formal charges will be determined by the Marion County Prosecutor's Office.