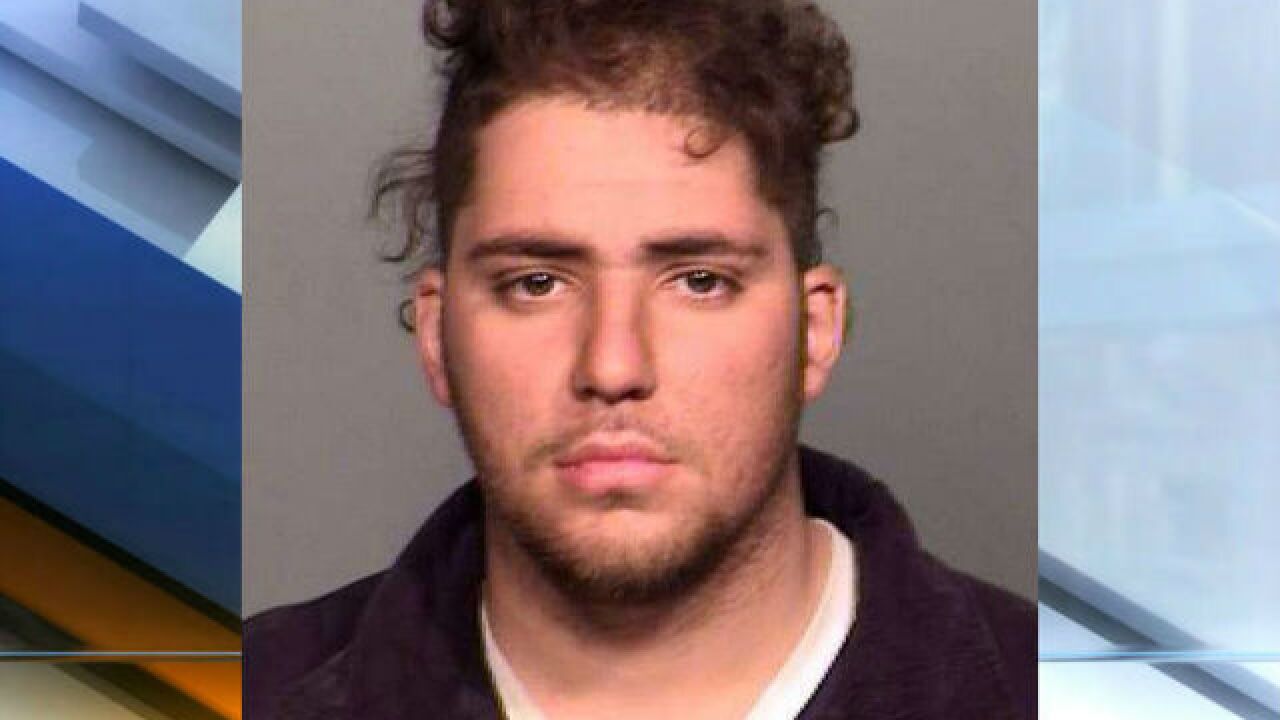 Copyright 2018 Scripps Media, Inc. All rights reserved. This material may not be published, broadcast, rewritten, or redistributed.
<p>Achmed Alaklouk, 22</p>

Achmed Alaklouk was charged Jan. 31 in Marion County with criminal confinement, intimidation, unlawful possession of a firearm by an alien and battery stemming from an alleged incident at his west side business, Medo Tire Shop.

According to a probable cause affidavit filed in that case, Alaklouk battered a customer and then held him and his daughter at gunpoint with an AR-15-style rifle.

On Wednesday, a criminal complaint was filed against Alaklouk in U.S. district court alleging he was found in illegal possession of a similar rifle, along with six handguns, while staying at the Hyatt Regency in downtown Indianapolis.

According to the federal charges, police were called to the Hyatt around 3 a.m. on Jan. 20 on a report of an AR-15-style rifle spotted in the front seat of a car in the parking lot. Hotel records revealed the car, a Chevrolet Avalanche, was registered to a guest named Achmed Alaklouk.

Police spoke to Alaklouk, who said the car was his but that the gun belonged to his father. The rifle was found to have a bipod, scope and bumpstock. Alaklouk reportedly told police it was “full tricked out.”

Hotel security told police they were concerned because Alaklouk’s room overlooked the gathering area for the National Women’s March, which was being held later that same day.

During the course of the investigation, police learned that Alaklouk – a native of Tunisia and citizen of Saudi Arabia – was in the country on an expired student visa. Immigration records showed he had requested and been denied multiple extensions within the past year.

Alaklouk was eventually asked to leave the hotel. The alleged incident at his tire shop occurred a week later.

On Wednesday, Alaklouk was charged with unlawful possession of a firearm by an alien in the U.S. Court for the Southern District of Indiana.

Achmed still faces charges from the Jan. 31 incident at his tire shop in Marion County Criminal Court 4. His next court appearance in that case was scheduled for March 28.