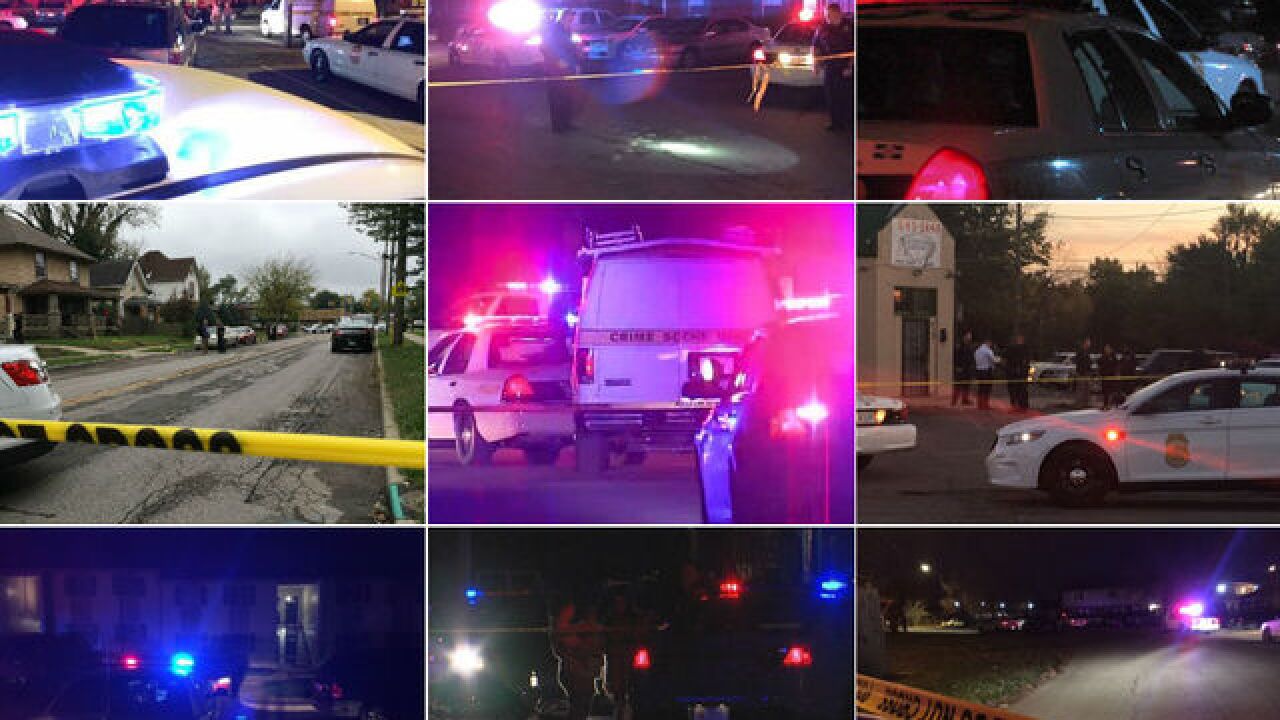 INDIANAPOLIS -- For the third year in a row, Indianapolis will see a record-high number of murders.

The city’s latest homicide – a man shot and killed early Monday morning at the Hawthorne Place Apartments – means there will be at least 150 murder victims in 2017.

Click here or the image below to see the faces of all of this year's homicide victims: 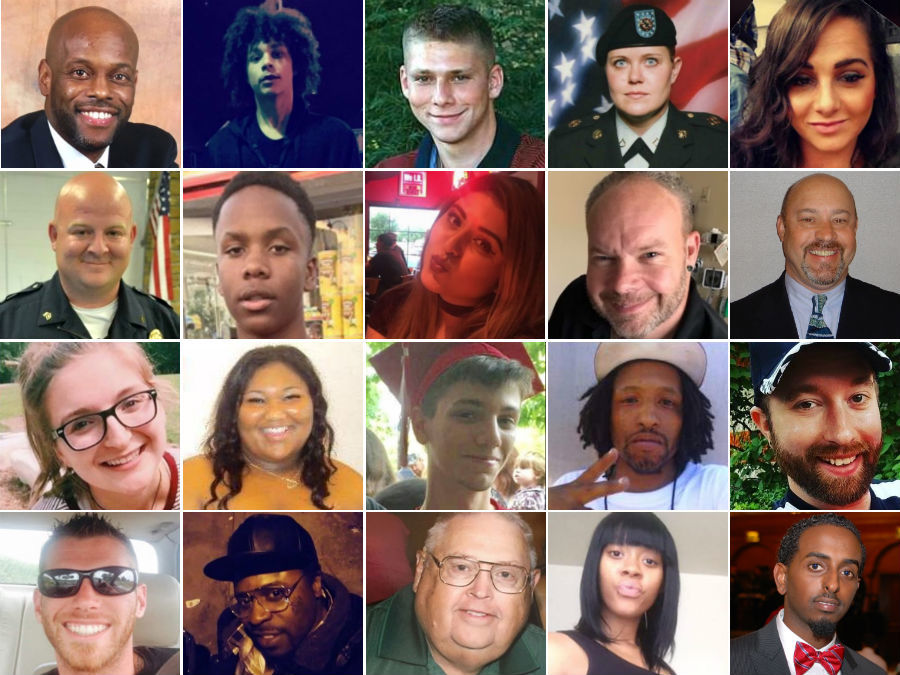 Ahead of the record-setting murder – and amid criticism of the results of his crime-fighting strategy – Mayor Joe Hogsett held a press conference to announce he would ask the Indianapolis City-County Council for an additional $3 million to fight crime in the city.

Hogsett says the money will be used to crack down on the illegal possession of guns in the city, to expand access to social services and to hire four “Indy Peacemakers” to provide day-to-day assistance in neighborhoods.

“It is heartbreaking. It is maddening, it is senseless and it is unacceptable,” Hogsett said about the city’s continuous struggle with violence.

The city’s homicide number proves particularly frustrating because 2017 – at least until October – showed all the signs of being the year to finally see a drop in murders.

The spring brought with it a 20-day homicide-free stretch, the first since 2015, between April and May.

November proved to be the bloodiest month yet. Over 30 days, 25 people were murdered in Indianapolis – an average of one every 28.8 hours.

By Nov. 25 – just two months after 2017 fell to 15 murders below the previous year – the city’s fortunes had flipped. Whereas 2016, at that point, had seen 133 murders, 2017 had rocketed to 146. At that point 2017 was already the second-deadliest year in Indianapolis history, and just four murders away from a new record.

Although Indianapolis would see just three murders in the first half of December, it wouldn’t be enough to keep the city from again breaking its record.

(Some) Good News on the East Side

If there is any good news to come out of 2017, it can be found on the Near Eastside.

The neighborhood was the city’s deadliest last year, counting a total of 24 murders in 2016. As of this writing, the Near Eastside has seen just 10 murders – a reduction of nearly 60 percent.

Progress has been made in Martindale-Brightwood, too, just a short distance north over I-70. The neighborhood ranked second for homicides in 2016 with 19. As of this writing in 2017, it has seen 11.

Both neighborhoods, but particularly the Near Eastside, were the test zones for a targeted enforcement effort by IMPD dubbed “Operation New Normal.”

In December 2016, the department launched its first Operation New Normal sweep (following nearly 200 arrests in the area in October) to connect residents with social services. During that sweep, volunteers from Gleaners Food Bank provided more than 300 meals capable of feeding a family of four for a week. Santa Clause handed out toys to an estimated 450 children. And IMPD officers visited approximately 200 households, providing utility assistance, food and clothing, receiving tips about narcotics and code enforcement violations and even signing up 12 people for health insurance.

The challenge now will be how the city can replicate those efforts at scale. Homicide data from the surrounding neighborhoods suggests that as IMPD’s attentions decreased violence in the Near Eastside, it “pushed” it outward. The Christian Park neighborhood just to the south of the enforcement area saw an increase from one murder in 2016 to four so far in 2017. In Arlington Woods to the northeast, homicides have increased from two to five.

Violence Against (and by) Teens Way Up

The arrest of 18-year-old Ka’Ron Bickham-Hurst and an unidentified 17-year-old juvenile suspect in the murder of Dr. Kevin Rodgers in November was just the latest in a staggering increase in violence involving young people this year.

In 2016, seven people age 19 or younger were charged with murder in Indianapolis. As of this writing, that number this year has more than doubled to 17.

All of that comes on the heels of a 70-percent increase in encounters by IMPD with juveniles carrying firearms.

In 2016, Indianapolis set a new homicide record of 149 murders with 22 female victims. Before even setting the record this year, 31 women had already been killed.

Where police have released a motive, 53 percent of those murders have been described as domestic in nature. Those include the murders of 20-year-old Meredith Opel and 27-year-old Mallory Jackson, who were killed on the southeast side last month by Jackson’s estranged husband.

In other cases, according to IMPD’s long-time night shift homicide supervisor Det. Jeff Wager, female victims could have been involved in the same sort of criminal activity that has led to the murders of more than 110 men so far this year.

Police have yet to release a suspected motive for more than 80 of this year’s homicides. But where they have, arguments, drugs and robberies are cited more than any other factor.

In the 65 murder cases where a motive has been released, IMPD has cited an argument as the underlying reason 32.3 percent of the time. Robbery ranks second at 24.6 percent. Drugs come in third at 18.5 percent. Domestic violence takes the fourth spot at 15.4 percent.

Firearms remain the most common means of committing murder in Indianapolis, with 130, or nearly 88 percent, committed with a gun. Stabbings come in a far distance second with just four murders involving a knife this year.

IMPD’s homicide clearance rate for 2017 currently sits around 35 percent. That number is significantly better for cases involving female victims, which have a solve-rate of more than 60 percent this year.

Those unsolved cases include the city’s very first murders of the year: the deaths of cousins Wessam Sammour and Ammar Shatnawi during a robbery of the Jordan’s Fish & Chicken on East 21st Street in January.

They also include the murders of Indy’s youngest victims – Matthew McGee, 13, and Anthony Lee Hughes Jr., 14.

Police ask anyone who has information that could help solve any homicide in the city to contact Crime Stoppers at 317-262-TIPS. Your call may remain anonymous.