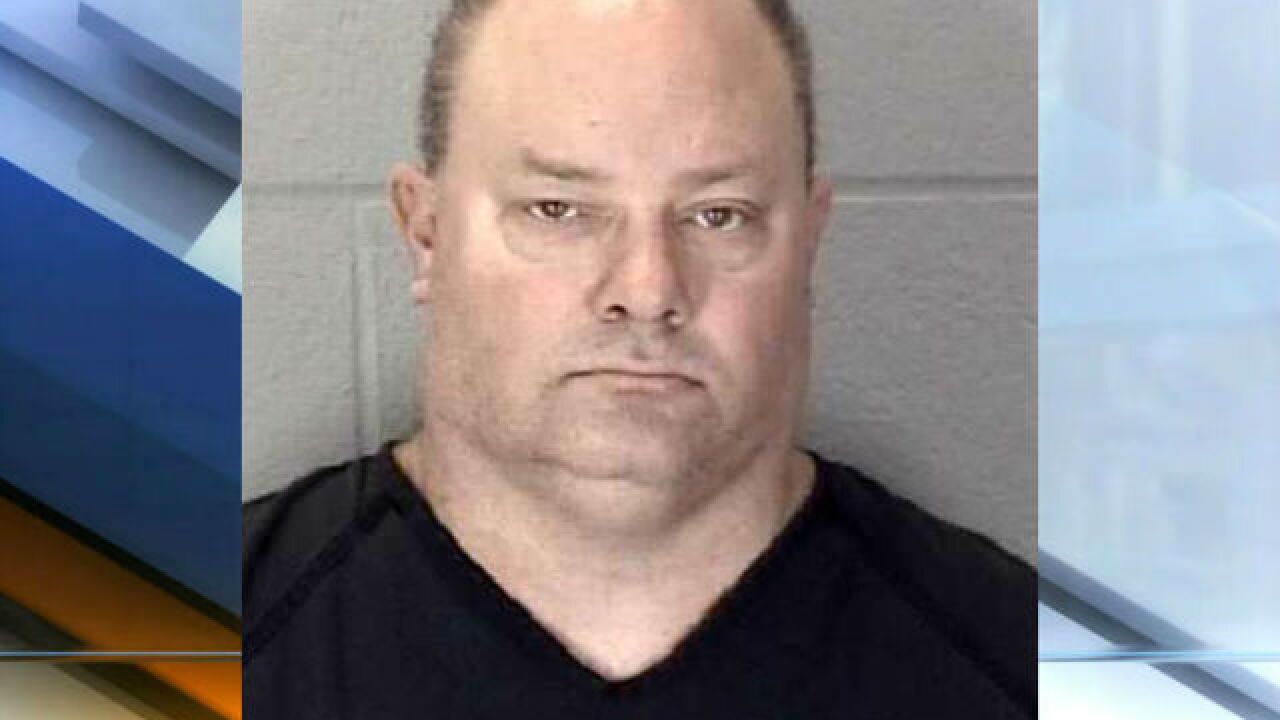 Copyright 2018 Scripps Media, Inc. All rights reserved. This material may not be published, broadcast, rewritten, or redistributed.
<p>Joseph Kimerer, 46</p>

LAFAYETTE, Ind. -- A 4th grade teacher at a Lafayette elementary school was charged Friday with 13 counts alleging inappropriate sexual conduct with minors dating back to at least 2014.

Joseph R. Kimerer Jr., 46, of Lafayette, was arrested Friday morning on charges including vicarious sexual gratification, child exploitation with intent to satisfy sexual desires and inappropriate communication with a child.

Kimerer was a 4th grade teacher at Amelia Earhart Elementary School. He and his wife have two young children.

According to the Lafayette Police Department, investigators were first made aware of reports of suspicious activity involving Kimerer on Feb. 27. A police investigation reportedly turned up evidence of multiple male victims ranging in ages from 12-13 years old. Many of the alleged incidents, according to police, occurred inside the school during school hours.

Court records show the incidents are alleged to have occurred as far back as July 2014, and as  recently as January of this year.

In a probable cause affidavit filed in the case, investigators say Kimerer's victims were young boys he was giving baseball pitching lessons to. Kimerer is accused of asking the boys to perform sex acts on themselves and to send him pictures of their genitalia.

According to the affidavit, Kimerer acknowledged some of the conversations had taken place and that they had "gone too far."

On Tuesday, February 27, 2018 it was brought to the attention of the Lafayette School Corporation administration that Earhart 4th grade teacher Mr. Joe Kimerer may have been acting in an inappropriate manner with school age children. The Department of Child Services and the Lafayette Police Department were immediately contacted and the teacher was removed from the classroom and school the same day and assigned to his home. Building access was revoked and the teacher has not been back at Earhart since that day.

An investigation was launched by the authorities which has resulted in the arrest of Mr. Kimerer today. Simultaneously, the district began its own investigation and is currently engaged in an employment termination process with the teacher.

We understand that these allegations will be very troubling to anyone who might have an association with Mr. Kimerer. The allegations are of the utmost gravity in that they implicate unprofessional conduct by a teacher towards a student. While this report is alarming, we want every parent and student to know that we will continue to provide a safe and nurturing environment for all students at Earhart Elementary and for all schools within the Lafayette School Corporation.

A Tippecanoe County Judge set Kimerer’s initial bail at $500,000 surety and $50,000 cash. As of Friday afternoon, Kimerer had not yet appeared for an initial hearing.