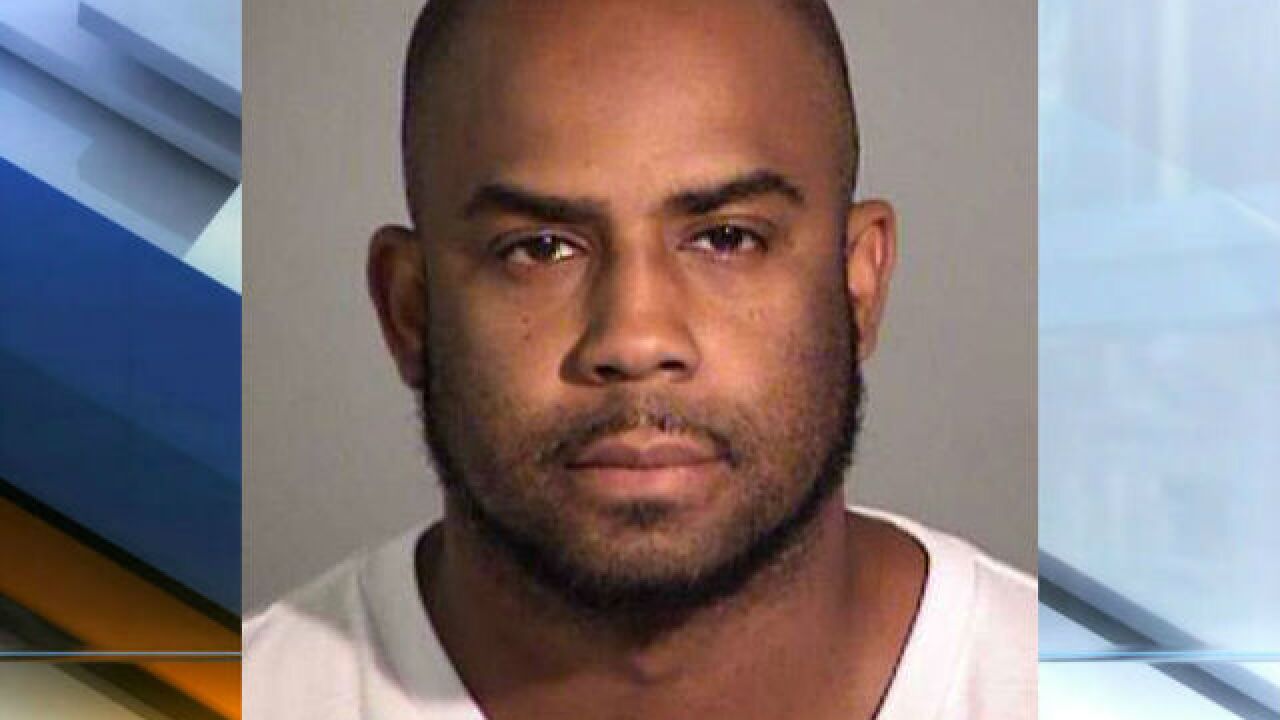 Copyright 2017 Scripps Media, Inc. All rights reserved. This material may not be published, broadcast, rewritten, or redistributed.
<p>Djamil Roberts, 37</p>

INDIANAPOLIS -- A Hendricks County man was indicted on federal charges last week alleging he ran a marijuana and cocaine distribution operation out of Indy’s west side.

Djamil Roberts, 37, was indicted in U.S. District Court last week on charges of possession with intent to distribute 500 grams or more of cocaine and marijuana, and of possession of a firearm as a previously convicted felon.

According to a probable cause affidavit filed in the case, a Plainfield police detective working as a member of the Metropolitan Drug Task Force received a tip from a confidential source about an alleged cocaine and marijuana trafficker in Indianapolis.

The tip led police to surveil two address: one in the block of 4300 Dunsany Circle, on the northwest side of Indianapolis, and a second in the 10000 block of Morning Sun Court in Avon. Police determined the Avon address was Roberts’ home, and the Dunsany Circle address was allegedly the site of a marijuana grow operation.

Investigators eventually served a search warrant on both properties on Aug. 30.

Inside the Dunsany Circle residence, police reportedly found a marijuana grow operation spanning the living room, master bedroom and a second bedroom. In all, 46 mature marijuana plants were recovered from the house.

A search of the Avon residence turned up eight guns, two digital scales with cocaine residue and more than $310,000 in cash, which was also stored in a gun safe.

As a result of the investigation at the two original addresses, investigators applied for and received a third search warrant for three storage units at A Westside Storage, located at 2255 South Raceway Road in Indianapolis. Records showed Roberts was the sole renter of one of the units since 2014, and the other two since 2016.

Police also found a 1966 Cadillac Deville, a search of which turned up another 1,000 grams of marijuana and 279 grams of cocaine.

In all, police seized an estimated $77,000-worth of cocaine and more than $1.3 million-worth of processed marijuana, in addition to the 46 mature plants.

Roberts was taken into custody the same day on preliminary charges. He was formally indicted last week in federal court.

Court records show the arrest isn’t the first time Roberts has been accused of dealing drugs in Central Indiana.

In August 2008, Roberts and another man, 50-year-old Jeffrey Smith, of Indianapolis, were arrested in Carmel when a traffic stop on Spring Mill Road turned up $12,000-worth of marijuana and $10,000 in cash.

Marion County Jail records show Roberts was also arrested in February 2013 and March 2007 on charges of possession and dealing in marijuana.

Roberts originally faced charges stemming from the August investigation of dealing and possession of cocaine and marijuana in Marion County. The local case was dismissed last week when Roberts was indicted at the federal level.