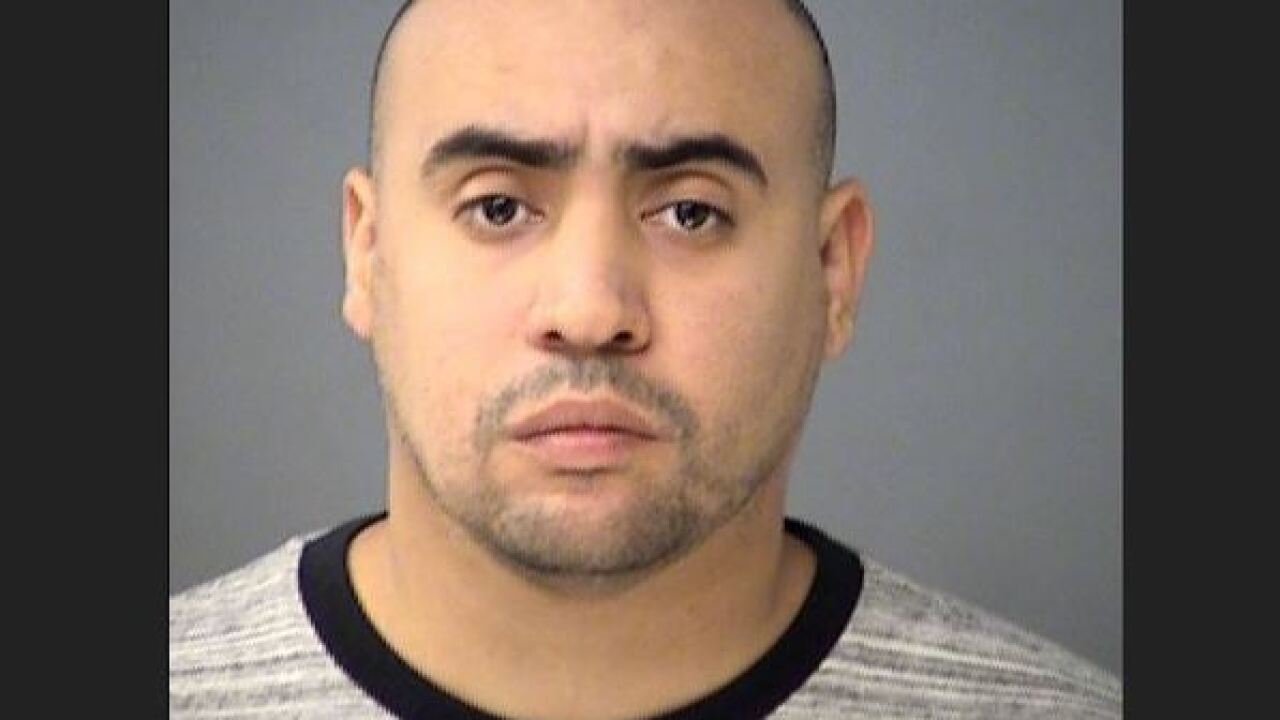 Juan Baez III, 30, faces a felony charge of counterfeiting and misdemeanor charges of theft and false informing stemming from a theft report he filed on Aug. 10 with the Greenwood Police Department.

According to a probable cause affidavit filed in the case, Baez – at the time a probationary officer with IMPD – filed a burglary report claiming that a number of items had been stolen from his apartment, including his wife’s wedding rings, a necklace, watch and video games and controllers.

While investigating the case, a Greenwood police detective reportedly determined the items had actually been pawned by Baez at the First Cash Pawn located at 2372 E. Stop 11 Road. The video games reported stolen had allegedly been sold by Baez to a GameStop on U.S. 31 in Greenwood.

Additionally, the detective also determined Baez had pawned his IMPD-issued ballistic vest and helmet. The vest and helmet were also recovered from the pawn shop.

According to the affidavit, after the detective confronted Baez with paperwork from the pawn shop, Baez admitted to pawning the equipment. He reportedly told police he’d filed the false report to hide the fact that he’d sold the items from his wife.

As a result of the charges, IMPD Chief Bryan Roach announced Thursday that he had terminated Baez’s employment with the department. Baez had been with the department for a year and was most recently assigned to Southeast District late shift. Because he was still a probationary officer, his termination will not require approval by the Police Merit Board.

“IMPD officers are held to the highest standards, not only by the department but by the Indianapolis community,” IMPD said in a statement Thursday. “The actions of one does not reflect the outstanding work and sacrifice that over 1600 men and women of the IMPD do each and every day in serving their community.”

A warrant for Baez’s arrest was issued Thursday morning. An initial hearing in the case had not yet been set.