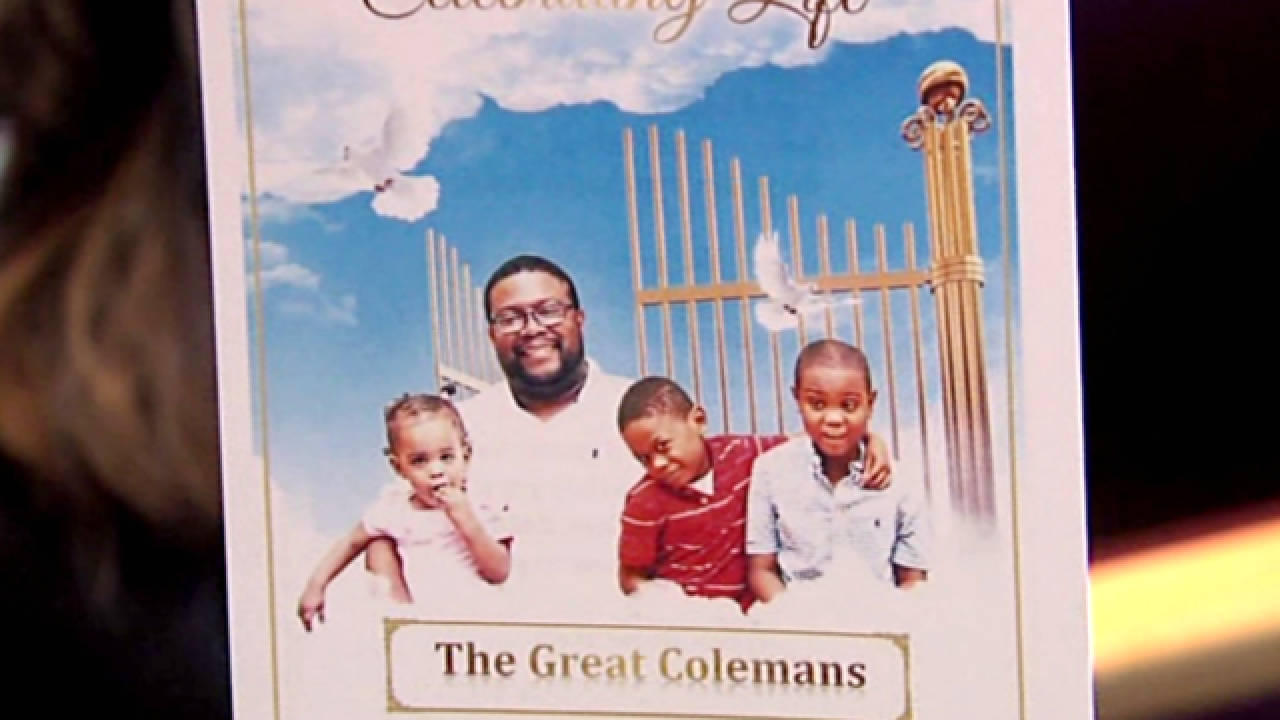 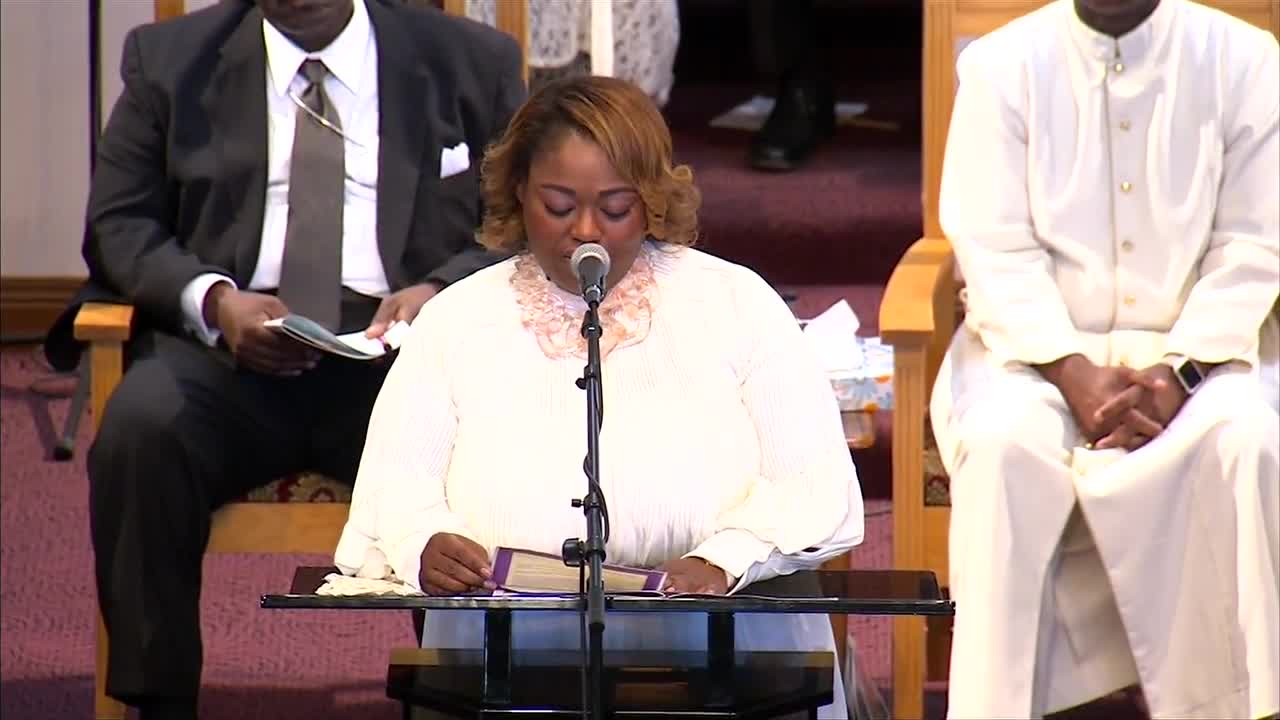 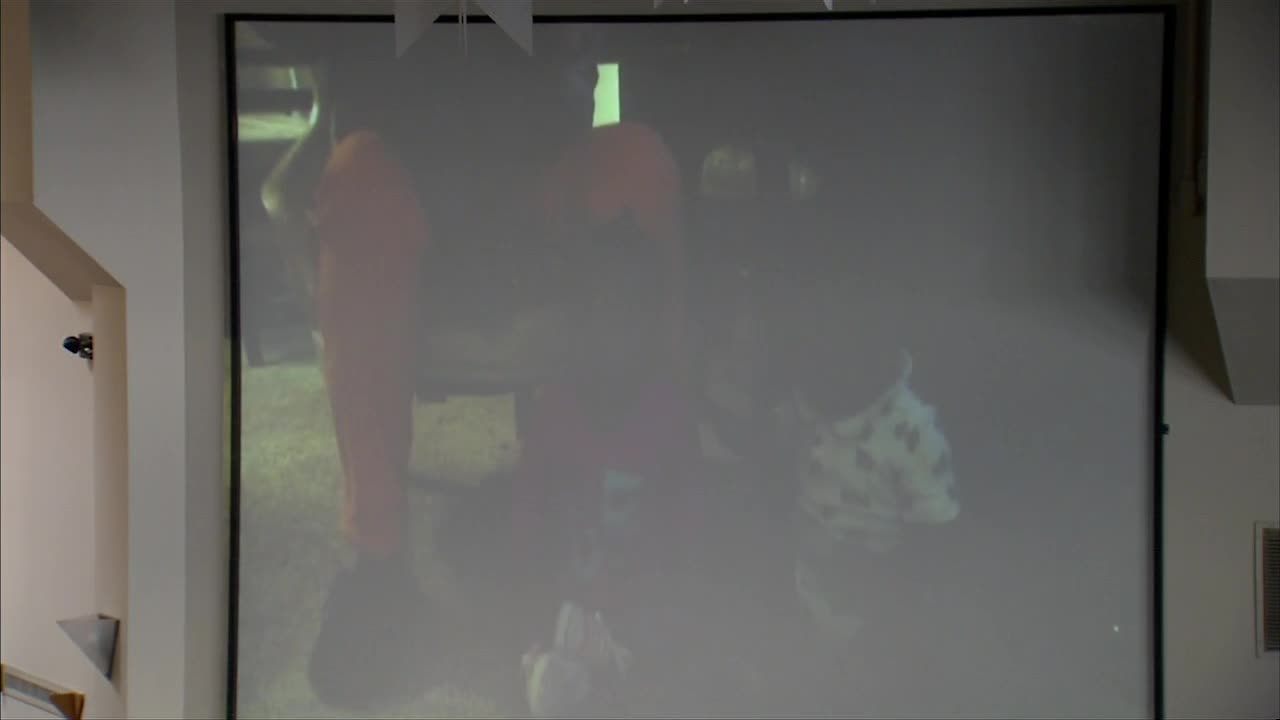 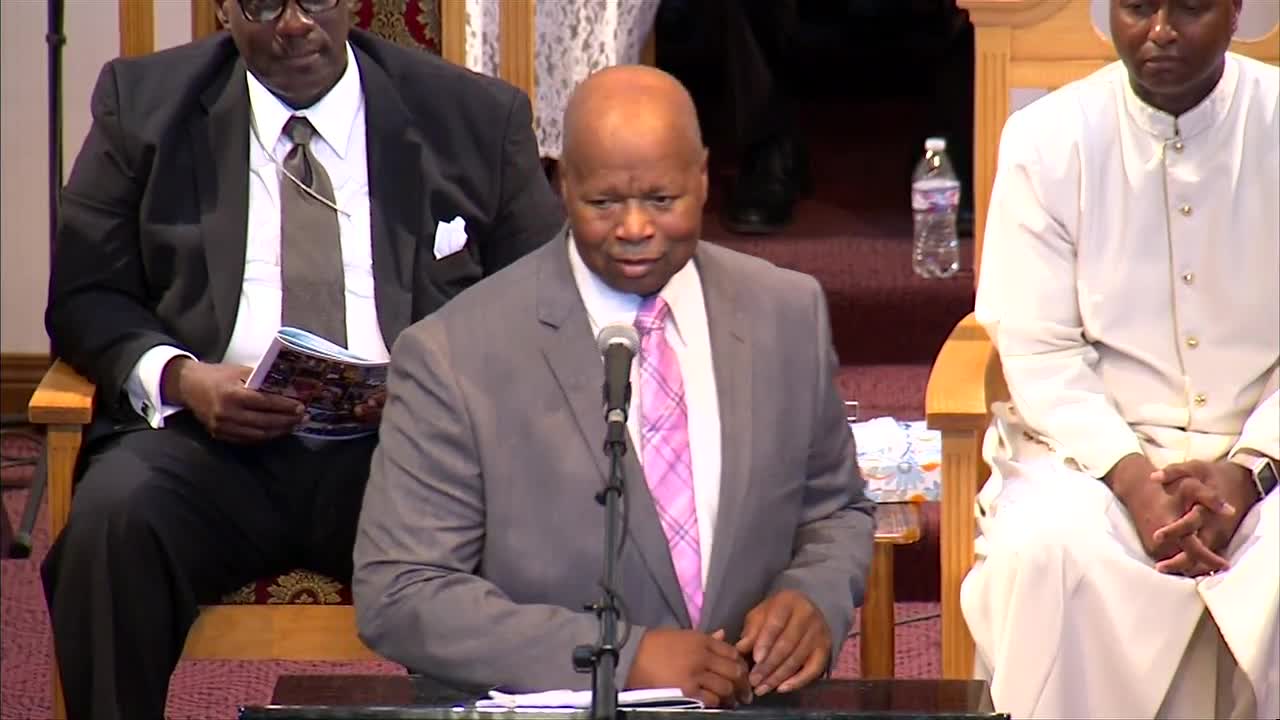 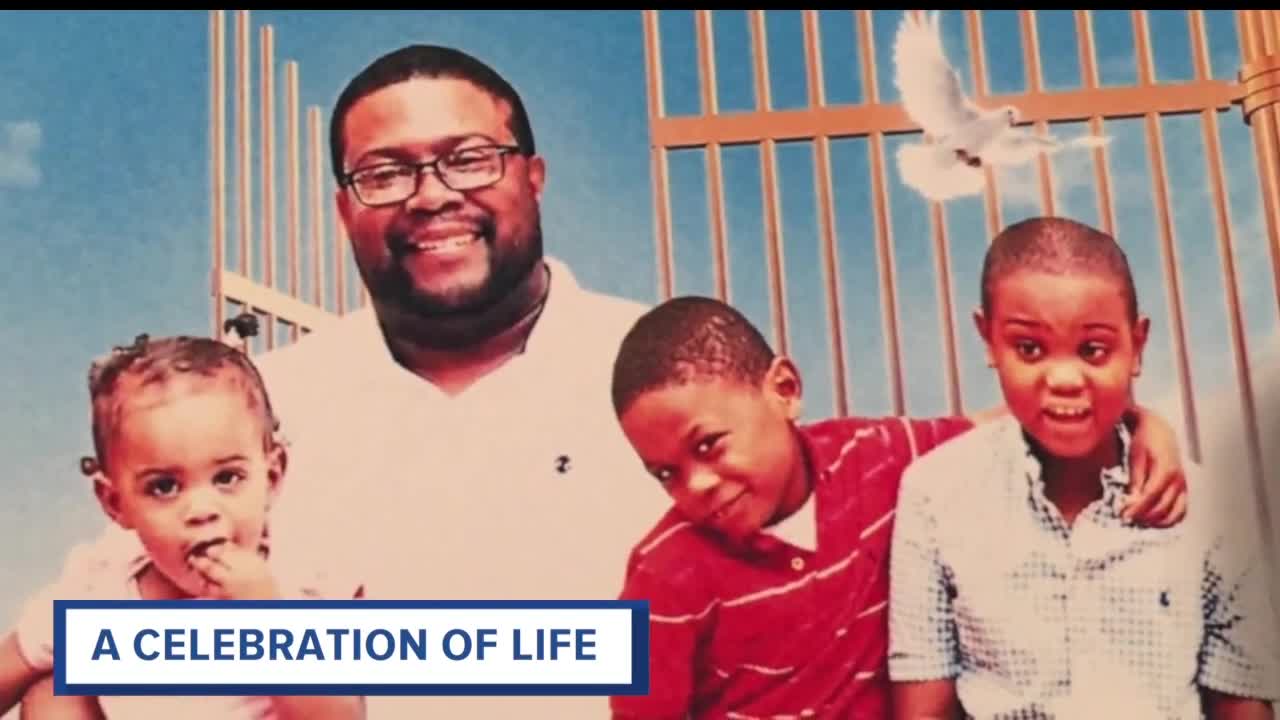 INDIANAPOLIS -- In the front pew, dressed all in white, Tia Coleman held up her hand and sang along as the choir belted out “God is a good God, yes he is.” When the music picked up, she danced. And when it came time, with tears in her eyes, she said goodbye to her husband Glenn, and her three young children, Reece, Evan and Arya.

Coleman and 10 members of her family were on vacation in Missouri earlier this month when a storm capsized their sightseeing duck boat tour. Coleman and her 13-year-old nephew, Donovan, were the only members of their family to survive. In all, 17 people died as a result of the sinking. On Friday, hundreds of people filled the pews at the Grace Apostolic Church in Indianapolis to pay their respects to Coleman’s husband Glenn, 40, her two sons Reece, 9, and Evan, 7, and her daughter, 1-year-old Arya.

Dressed in matching, all-white suits donated by Carmel’s DC Tux – with Arya in a white dress – the Colemans lay in caskets inscribed with “The GREAT Colemans.” Banners with the same inscription – the family’s initials spell out G.R.E.A.T. – adorned the halls of the church and the day’s program.

“All the kids were special to me,” Starks said, “but Tia shined like no other. She had a special dance.”

Addressing Coleman directly, Starks offered a message of hope that ran throughout the day.

“Tia, I cannot promise you where, or when, but you will dance again,” Starks said. 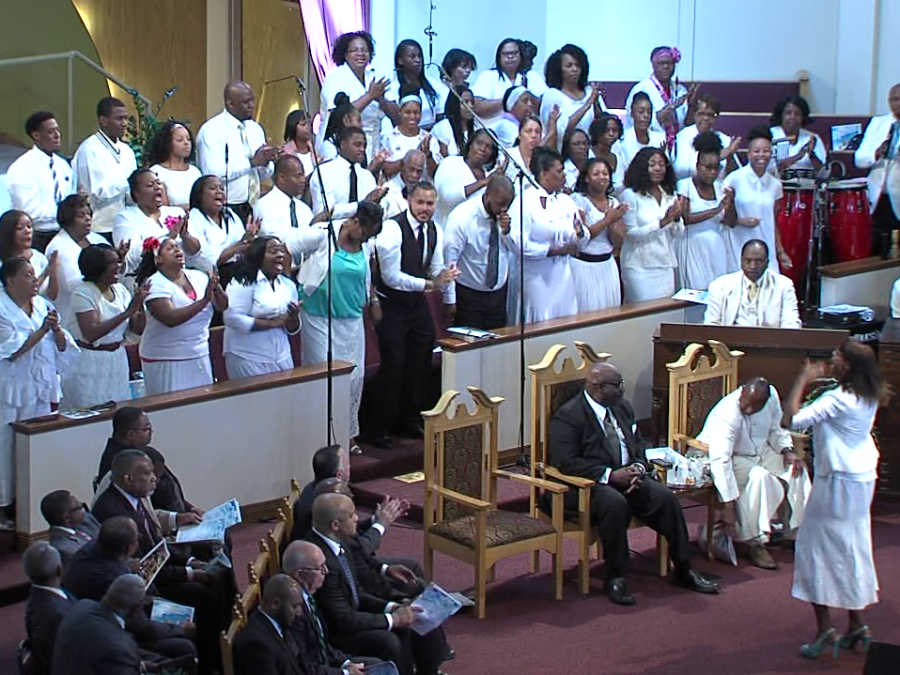 The Agape Apostolic Faith Choir performs at the funeral of Glenn, Reece, Evan and Arya Coleman on July 27, 2018.

At the height of “All in His Hands,” a performance by the Agape Apostolic Faith Choir that brought the hundreds assembled to their feet, clapping and filling the sanctuary with song, you could almost forget – almost – what brought everyone to the church Friday afternoon.

It was a brief moment of catharsis for a family preparing to bury four loved ones – and who would do it all again the next day, when the remaining five Colemans were set to be laid to rest.

Starks, the master of ceremonies, let the moment go on for as long as it could.

“I got specific instructions that if the spirit of the Lord came into this place, not to quench it,” she said.

The choir from Agape Apostolic Church has people on their feet. Tia Coleman is up front dancing and singing. pic.twitter.com/9cG7GCPWN7 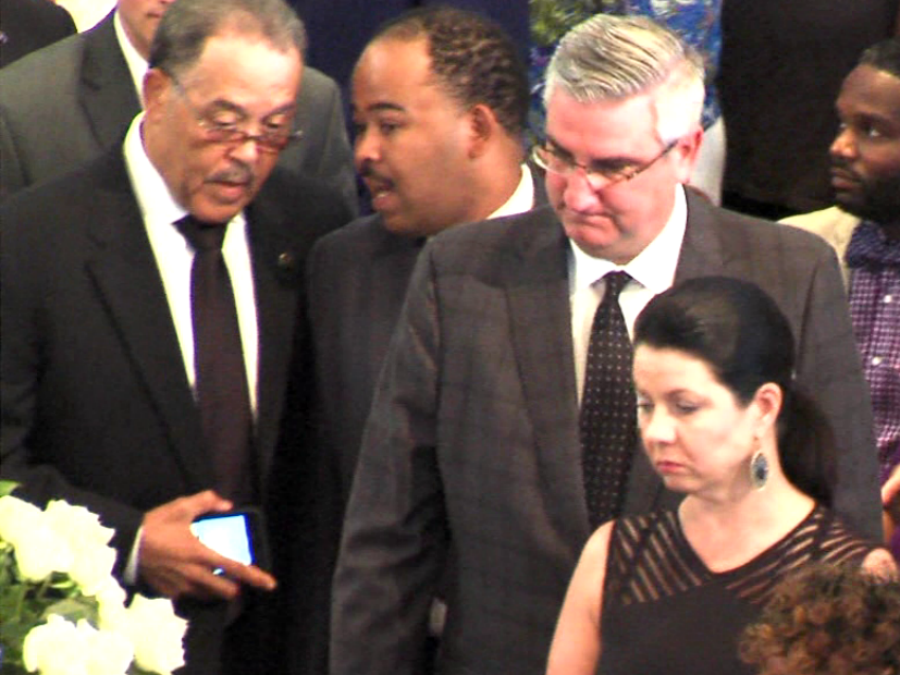 Gov. Eric Holcomb and his wife Janet pay their respects to the Coleman family. Behind them, former Indianapolis Deputy Mayor Olgen Wiliams.

Bishop Gary L. Burt, founder and pastor of the Agape Apostolic Faith Assembly, was first to speak. He told Coleman he say in her a Biblical parallel.

“When I first heard about this I said, ‘This is a Job test,’” Burt said, referencing the story of Job who, in a test of his faith, had his family, his wealth and his physical health taken from him.

“Sister, there’s an end to this,” Burt continued. “Somehow God’s gonna do the God thing.”

It was a message each of the pastors had for Coleman, and one the choir, returning before the eulogy, echoed in the first line of their medley, “I’ve got a feeling everything is going to be alright.” In the refrain, that feeling was replaced with “assurance.”

In his eulogy – at times breathless in its grandiose fervor, but also soft, emphatic and punctuated throughout without assertions that God loved the Coleman family and that he had a plan, however inscrutable, for Coleman – Coleman’s pastor, Suffragan Bishop G. Victor Morrisey Jr., spoke of the man Glenn had been.

“I believe that Glenn could have got away himself. I believe he could have saved himself,” Morrisey said. “But he saw his family. He wasn’t going to leave his family.”

In his obituary printed in the funeral’s program, family members noted that Glenn doted upon his children. He coached in “Dad’s Club Football League” and worked with his kids using “Black Millionaires of Tomorrow” children’s flashcards. The program noted that Arya, the couple’s youngest child and only girl, held Glenn’s heart particularly in her hand.

The obituaries are now being read. Here they are for Glenn and the children. According to hers, Baby Arya was a "diva in the making." pic.twitter.com/lTiuIetHQ4

Arya, her obituary said, was a “diva in the making” and would fuss and coo at her brothers.

Reece, the oldest, was a 4th grader at Brookview Elementary School with a “carefree soul.” Like his mother, he loved to dance.

Morrisey described Evan, the middle child, as the smart one – the responsible little brother.

Prior to the eulogy, a video played of moments from the Colemans’ lives: Arya, sitting in an infant’s toy chair, head bobbing back and forth as she struggled to stay awake; one of the boys singing happy birthday to an aunt; Glenn making faces to amuse Arya.

After the obituaries are pages of pictures of the Coleman family: Glenn, Reece, Evan, Arya and Tia. pic.twitter.com/rIqtEL44pG

At the request of the family, the service ended with an altar call from Morrisey. Although no one came forward, it prompted Morrisey to reflect upon how Reece and Evan would always be the first to the altar, every Sunday.

“Now Reece and Evan aren’t here to lead us,” Morrisey said. “Now you’ve got to want to love God for yourself.”

The sanctuary then emptied out into the field behind the church for a balloon release in the Colemans’ honor while pall bearers loaded the family into the hearses that would take them Floral Park Cemetery for interment.

The last of the balloons were still barely visible, floating off into the afternoon sky, as the procession took off, bearing its precious cargo and a woman asked to bear an unbelievable burden.

“We talk about who is the most gifted person we know. And that is up for debate,” Morrisey said as he closed his eulogy. “But I will tell you something that’s not up for debate: the strongest person we know? That’s Sister Tia Coleman.”