A Thanksgiving to last a lifetime: Veteran of war finds life and love 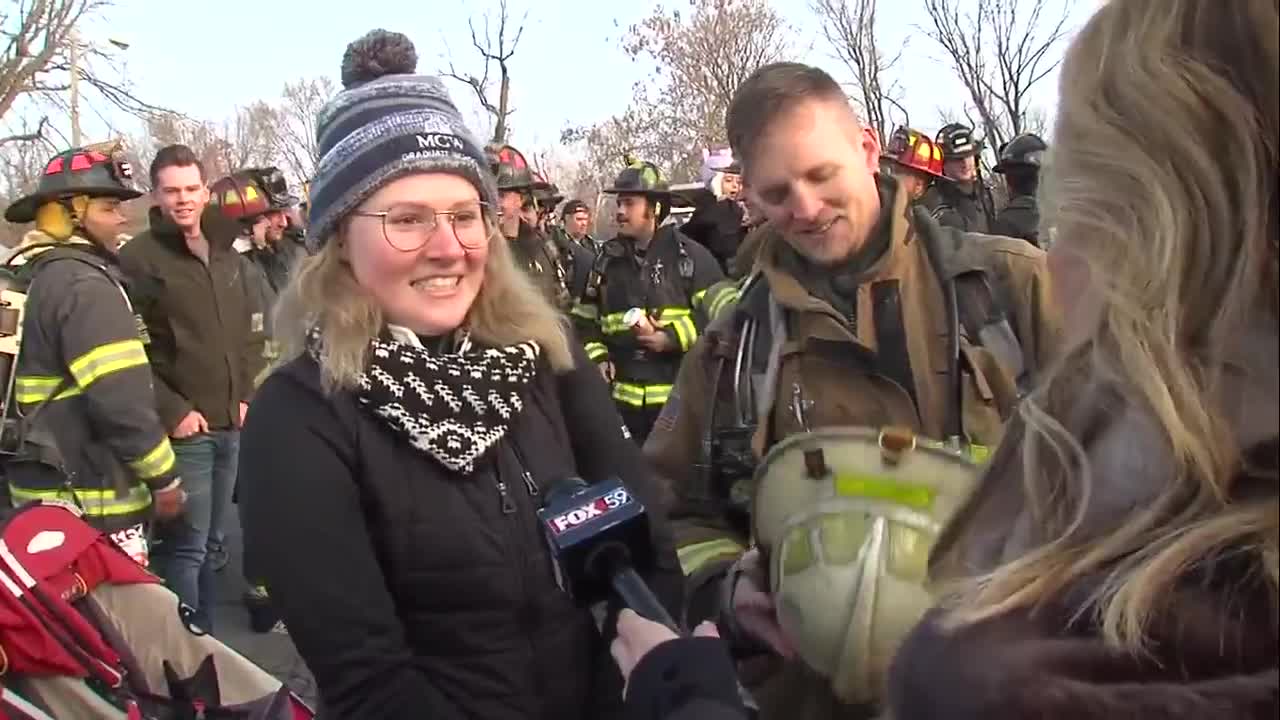 A woman got engaged Thursday in a surprise proposal at the Drumstick Dash. 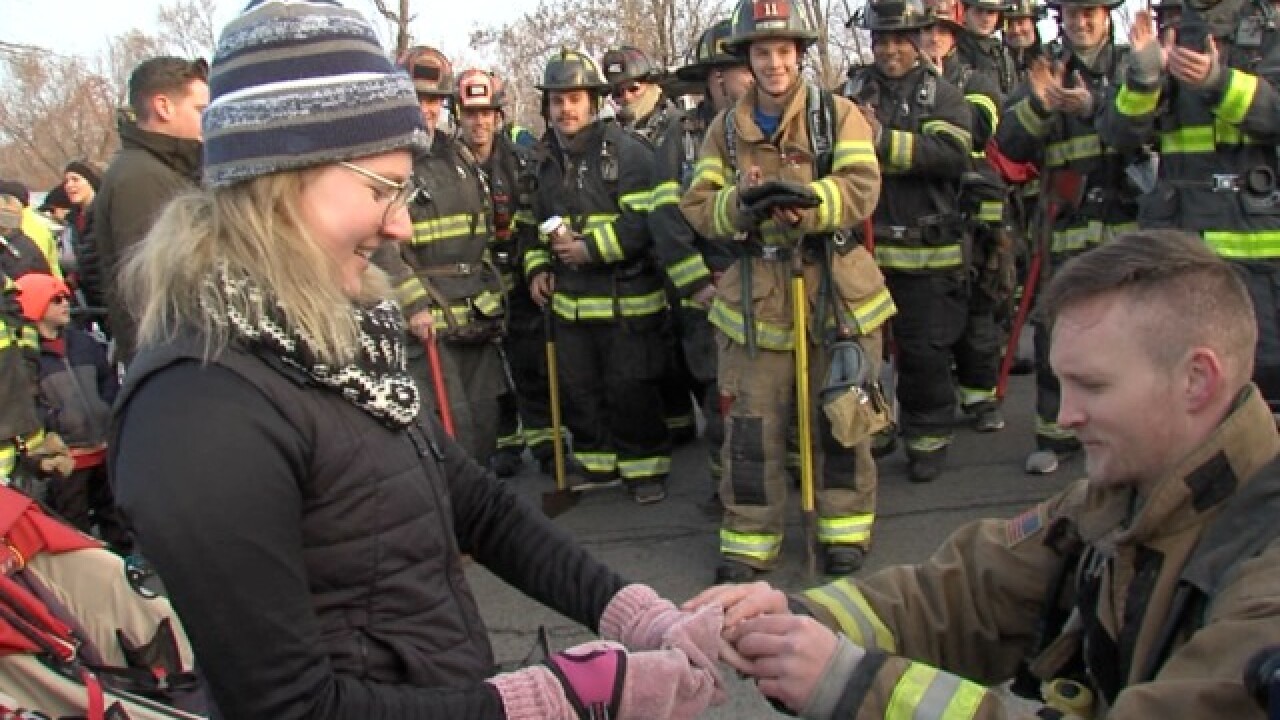 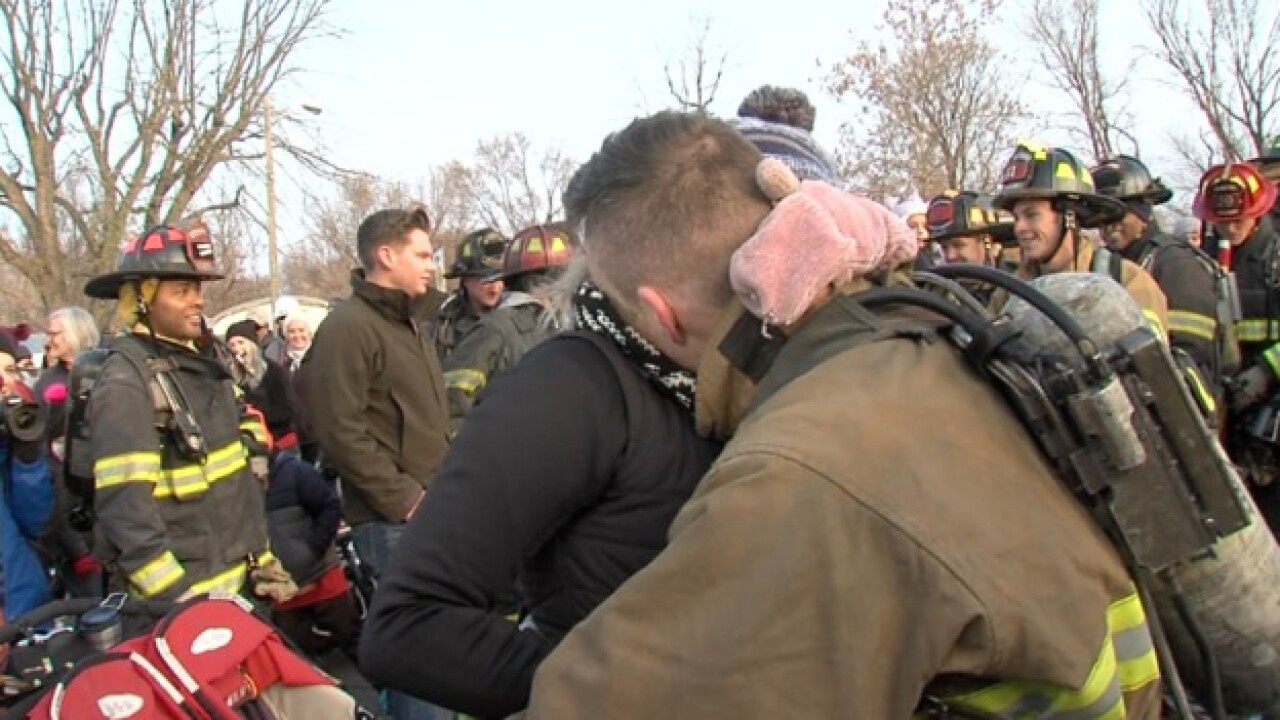 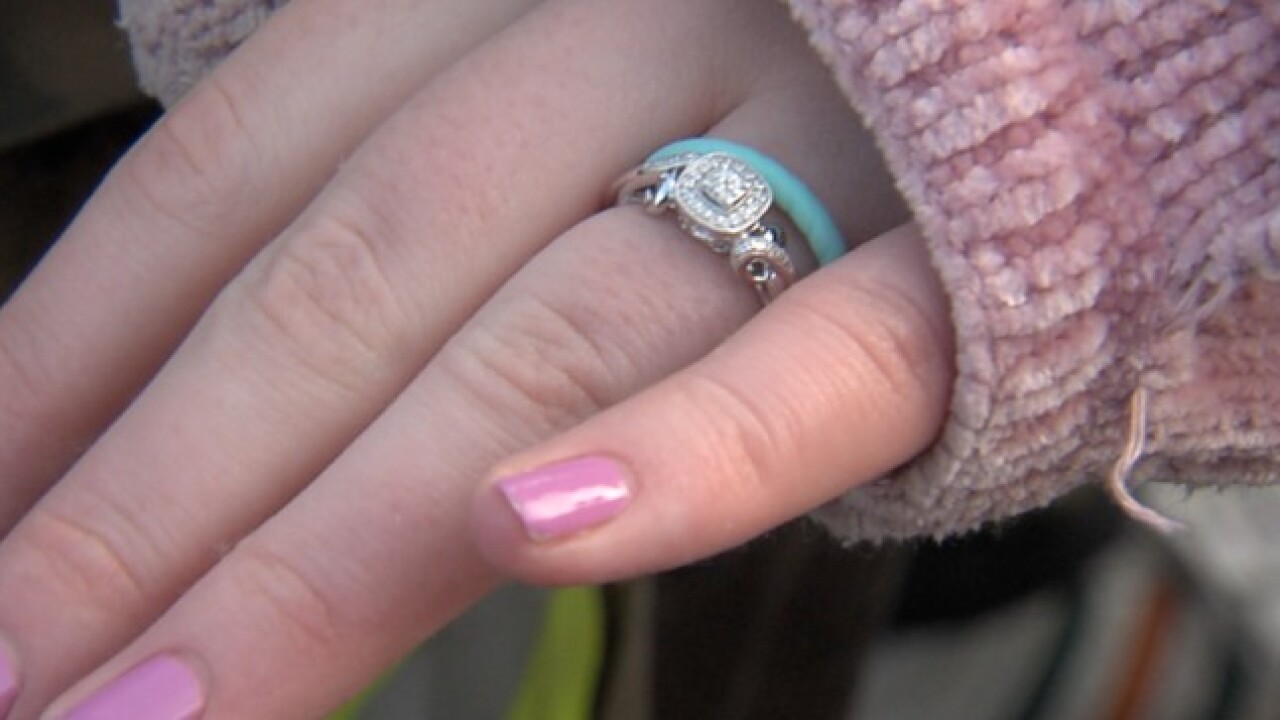 BROAD RIPPLE — Thanksgiving is a day to give thanks and spend time with loved ones. And, here in Indianapolis, it’s also the day of the Drumstick Dash.

One veteran, Braden Hood, who suffers from post-traumatic stress disorder did both this year. He tied his annual tradition of honoring a fallen friend by running the Drumstick Dash in full firefighter gear (he is now a firefighter reserve), and celebrated the holiday with the love of his life.

However, though he is celebrating life and is happier than ever, Hood said there was a time he didn't think he’d make it out alive.

Hood said the transition to the real world from deployment isn’t an easy one.

Though war is a hard-fought battle, the battle Hood had with himself became his hardest. Remembering friends who died in combat and thinking back on artillery strikes and sniper fire triggered multiple suicide attempts.

“I was self-medicating with alcohol, didn't realize it," he said. "I thought I was just having fun, going out with the boys, blowing some steam. And then had an incident and that was the first suicide attempt.

“About 4 years down the road, 4-5 years, I was a raging alcoholic. That lead to a second suicide attempt and I saw how it affected my community and my family and just all the overwhelming support through it.”

Determined to turn his life around, he sought help through various sorts of treatment.

“I’ve been through various sorts of treatments, civilian, military, the VA," Hood said. "The strong support system, the family I have, and just the overwhelming love I’ve been shown since then. It’s just and people reaching out to me."

“I met the love of my life in May and it's been a long and a hard road since that last incident, but here we are, and I can't be more thankful,” he said.

"Ever since he met her, is the first time that he's been home, stateside, that he doesn't shake," his father said. "That he's at peace, that he's calm."

His mother is happy to have her son back.

"He made a comment the other day that he finally feels like he's home, and it's time," Karen Hood said.

Time for Hood to make permanent, what keeps him going.

“There's something here for you to live for, we're here for a reason.”

At the starting line, dressed in full gear, Hood dropped down to one knee and proposed to his saving grace, Erika Shaw. His buddies dressed in their firefighter gear cheered.

"You just gotta keep pressing on and I promise you, it'll get better like it did for me," said Hood.

Knowing more than anyone else, to never, ever give up the fight.

“We’re trained to never quit to never give up, and that goes for life,” Hood said.