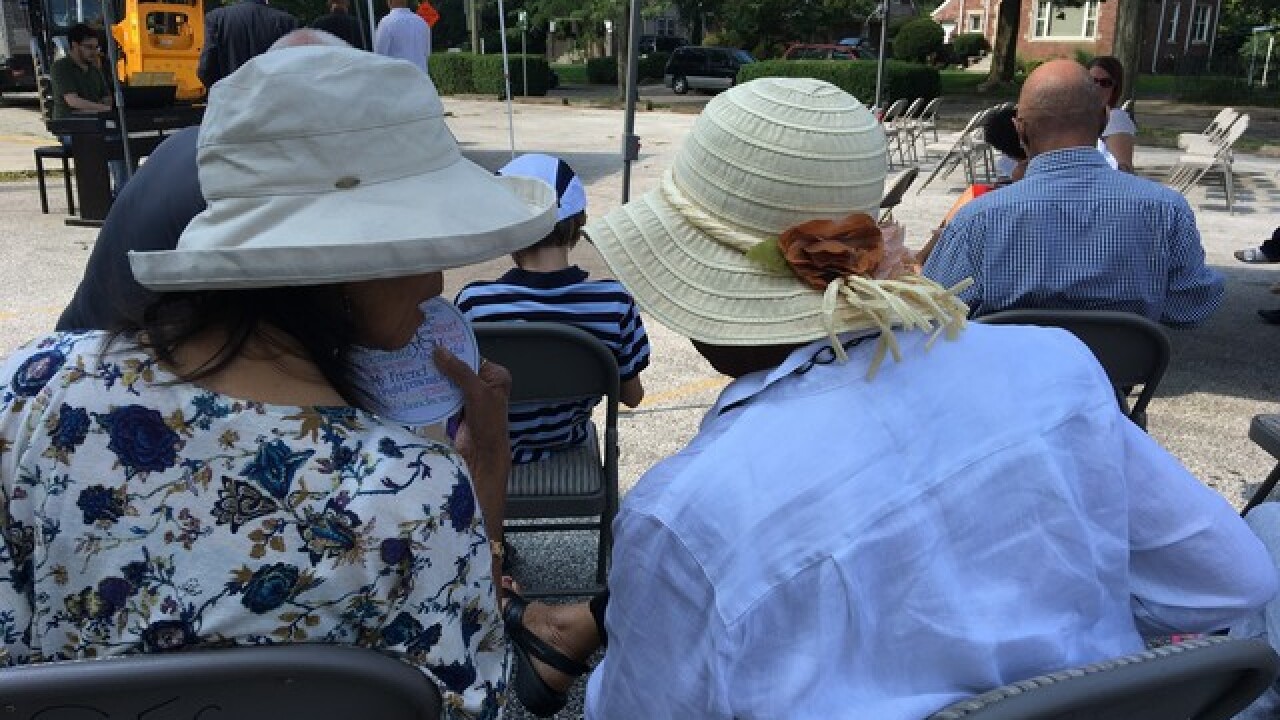 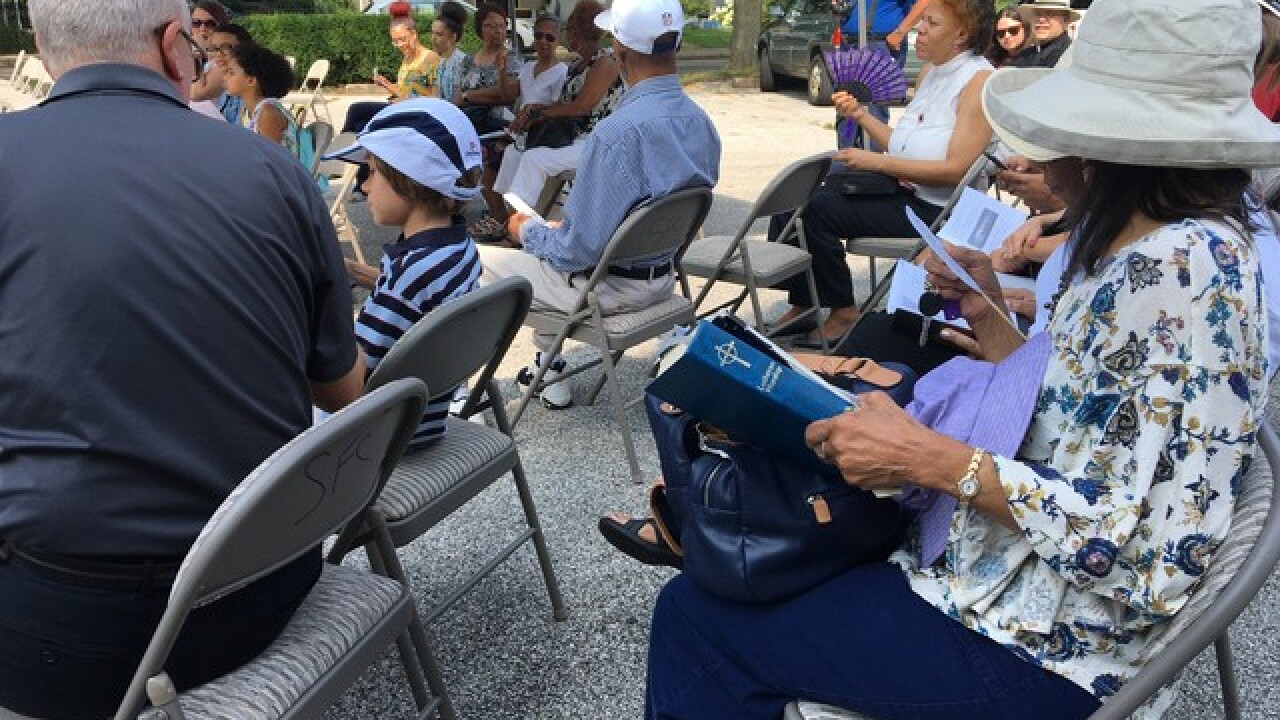 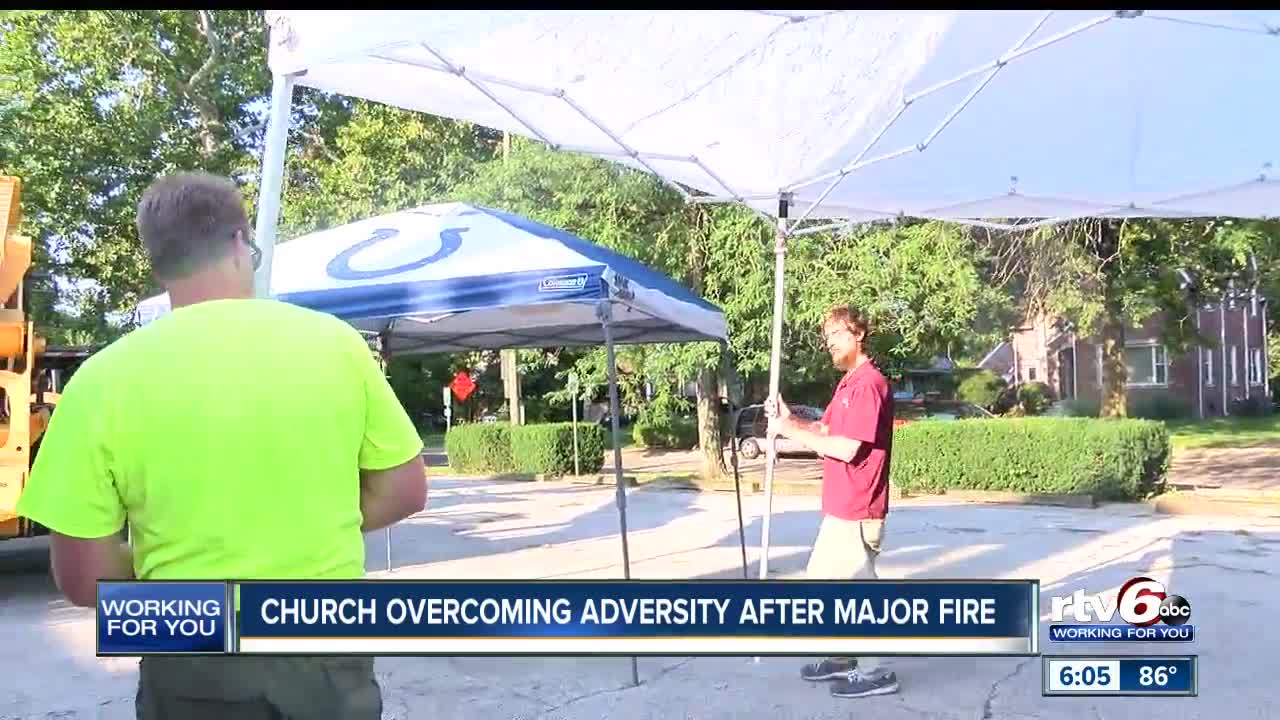 INDIANAPOLIS -- Community members from around the state have stepped in to help a historic Indianapolis church after it caught on fire Tuesday.

The fire found in the basement of Our Savior Lutheran Church caused about $1 million in damage.

Anthony Williamson is a firefighter with Indianapolis Fire Department. He says he was listening as other crews battled the blaze.

Williamson was just one of the volunteers who helped the church set up service outside.

"We just wanted to help," Williamson said. "As a Christian and as a man of faith, to see another congregation in distress, we just wanted to respond in any way that we could."

Roger Davis is from Kokomo and he, as well as other members from his church, made the hour drive to Indianapolis to come help set up the church.

The church is working with Service Master ESI is helping to clean the church, restore it, and get rid of the smoke smell to open the church again.