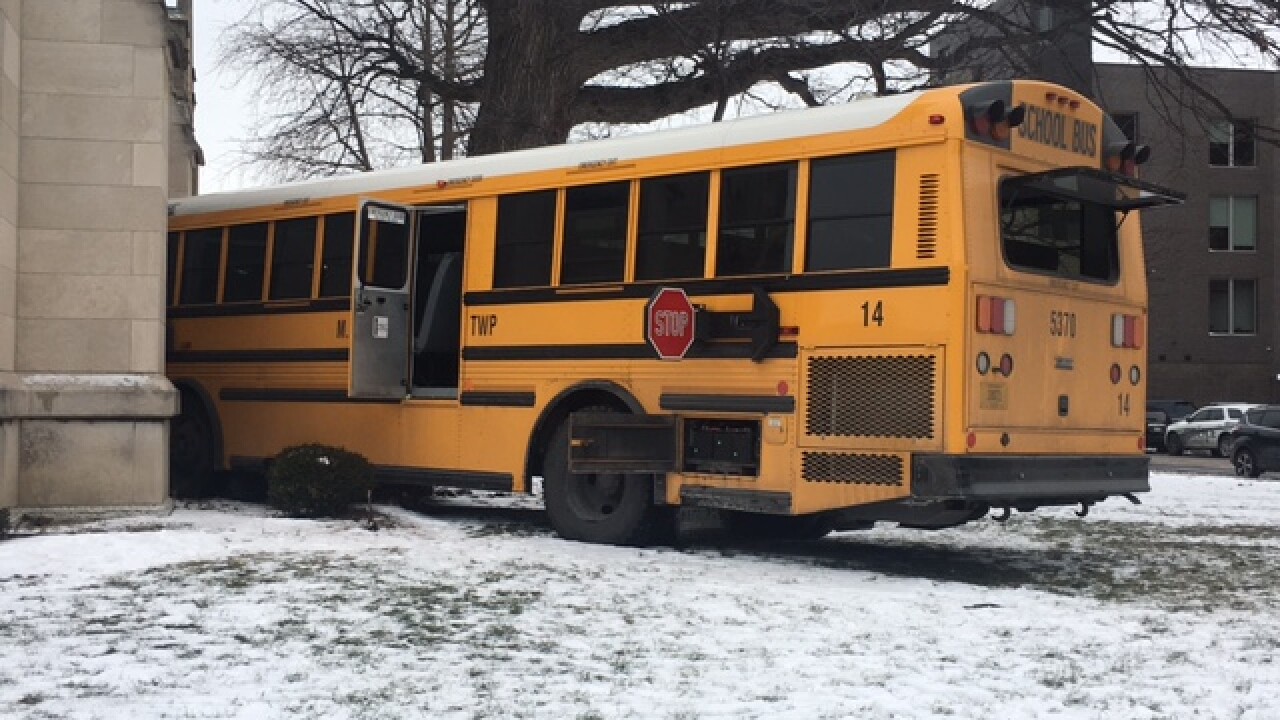 Shea Goodpaster/RTV6
A school bus was involved in a crash near downtown on Tuesday, Jan. 22, 2019. 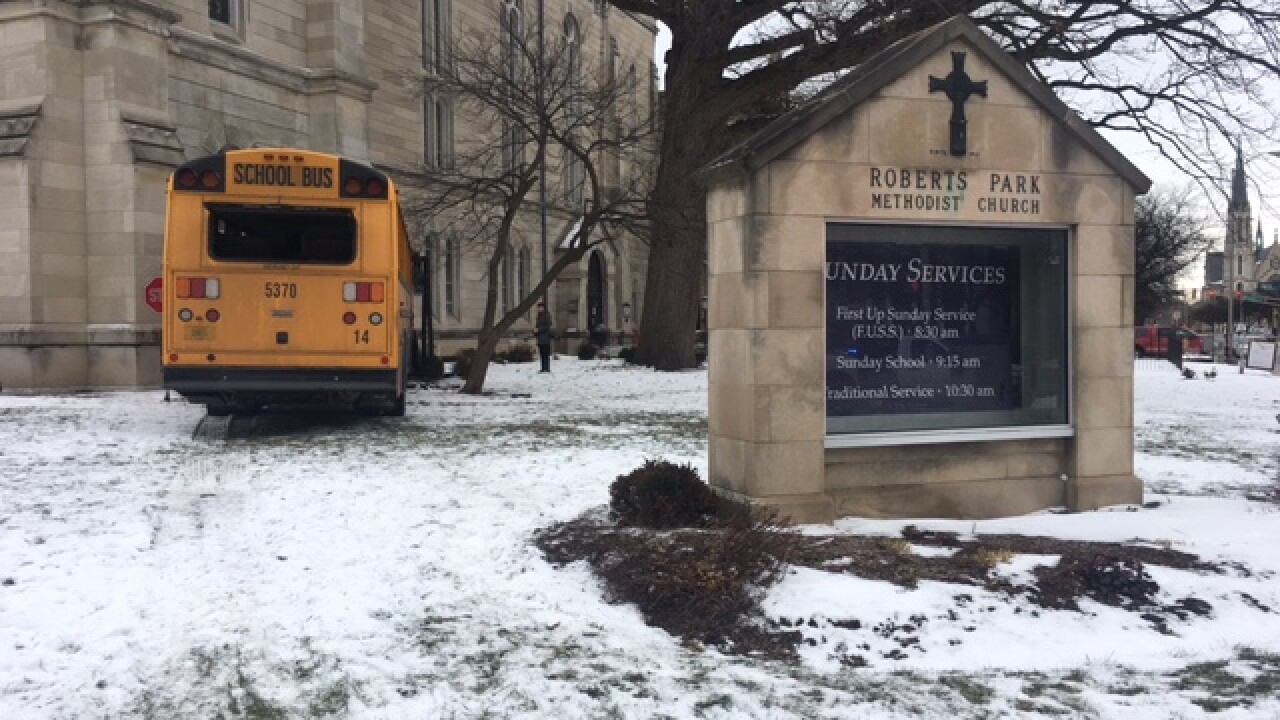 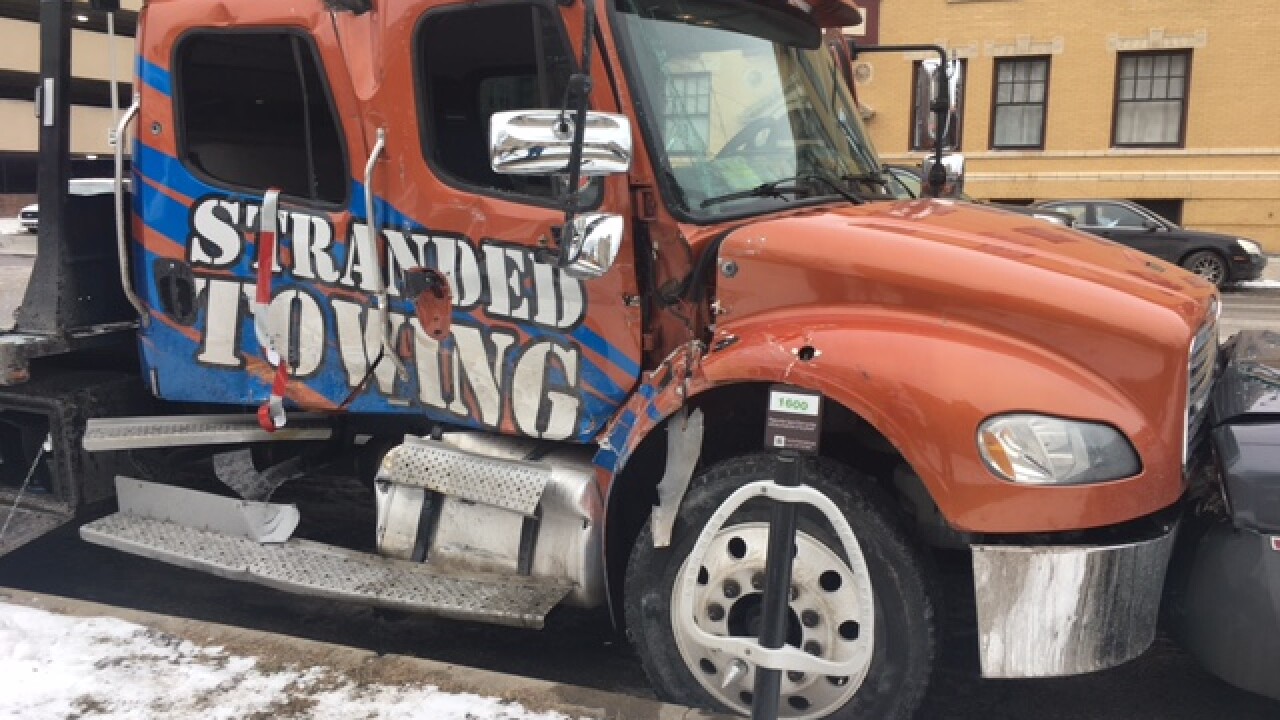 INDIANAPOLIS — A Washington Township school bus was involved in a crash and struck a church in downtown Indianapolis on Tuesday.

It happened near North Delaware and East Vermont streets shortly before 1 p.m. with the bus ending up against the side of Roberts Park Methodist Church.

According to Rita Reith, a spokeswoman for the Indianapolis Fire Department, the school bus collided with a tow truck and then struck the church. After the collision, the tow truck collided with three parked cars.

Reith said there were 37 people on the bus at the time of the crash. Two adults and five children were taken to area hospitals for treatment of minor injuries, Reith said. The tow truck driver was also taken to the hospital to be checked out, she said.

According to a statement from the Metropolitan School District of Washington Township, two buses from Greenbriar Elementary School were on a field trip. One of the buses was involved in the crash, resulting in five students, one teacher and one bus driver being transported to the hospital for treatment.

"All emergency personnel were swift to support students and staff, acting with care," Superintendent Dr. Nikki Woodson said in the statement.

Read the full statement from the school district:

Today Jan. 22, in the early afternoon two Washington Township buses from Greenbriar Elementary were on a field trip. During the field trip transportation, one of those buses was involved in an accident resulting in five students, one teacher and one bus driver being transported to the hospital. Superintendent Dr. Nikki Woodson thanks paramedics and emergency first responders for their quick response to this situation. "All emergency personnel were swift to support students and staff, acting with care." The entire Washington Township crisis team was on site to lend support including Chief Clouse, Principal Alexander, Superintendent Woodson, and multiple transportation personnel. As safety is our top priority, all Washington Township safety plans and protocols were followed. The students did an excellent job following the directions of teachers and emergency personnel.