East side woman wants road that is filled with potholes, repaved 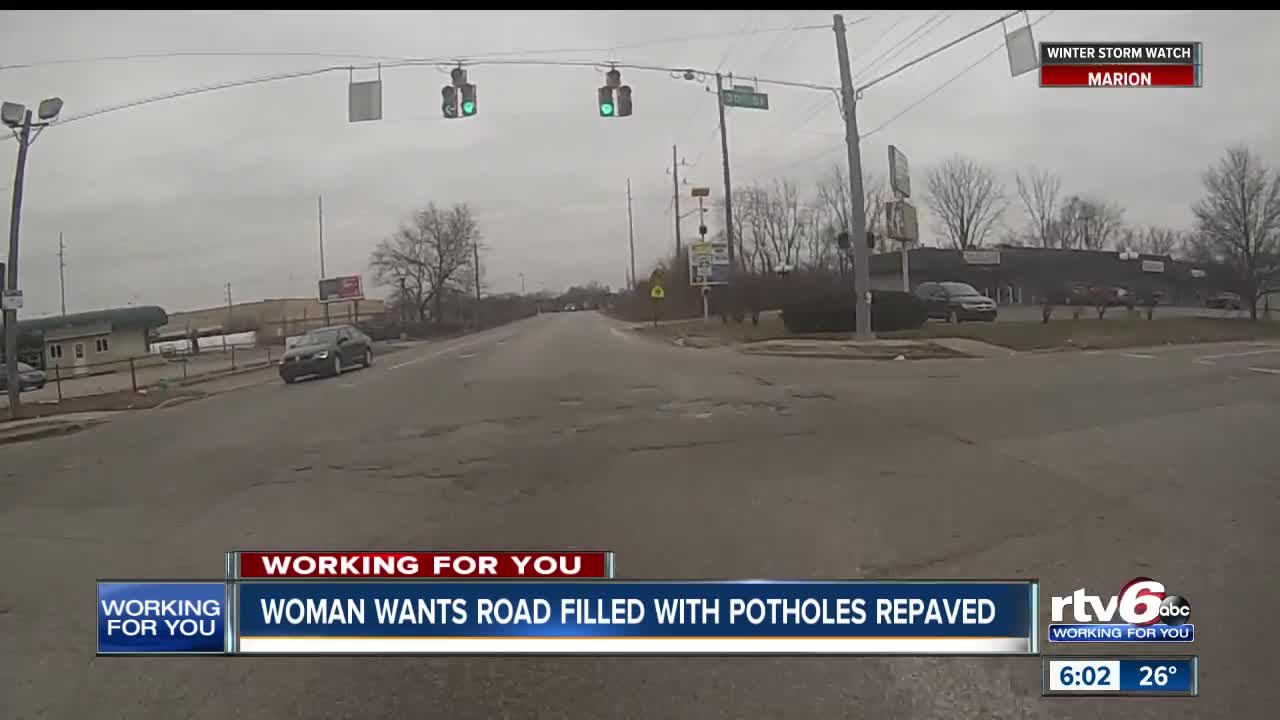 INDIANAPOLIS — A woman reached out to RTV6 after she tried to contact the city several times, to fix a northeast side road.

In the video above, you can see what it's like driving down Franklin Road near 30th Street.

Franklin Road is uneven, filled with potholes — some still open, others patched up over time.

Garwood has lived on the northeast side for 35 years. She has filed complaints with the Mayor's Action Center, but doesn't think temporary fixes will work anymore. She wants to see the road repaved.

A spokesperson with the Department of Public Works says a street maintenance team, which addresses residential and secondary streets like Franklin and 30th, could consider this area for strip patching.

DPW say it would take the operations team to determine areas that will be serviced.

30th and Franklin is part of the Capital Improvement Plan, which includes projects the department plans to do over the next few years.

If you have a problem and feel like you have no where else to turn, connect with RTV6 at workingforyou@rtv6.com.