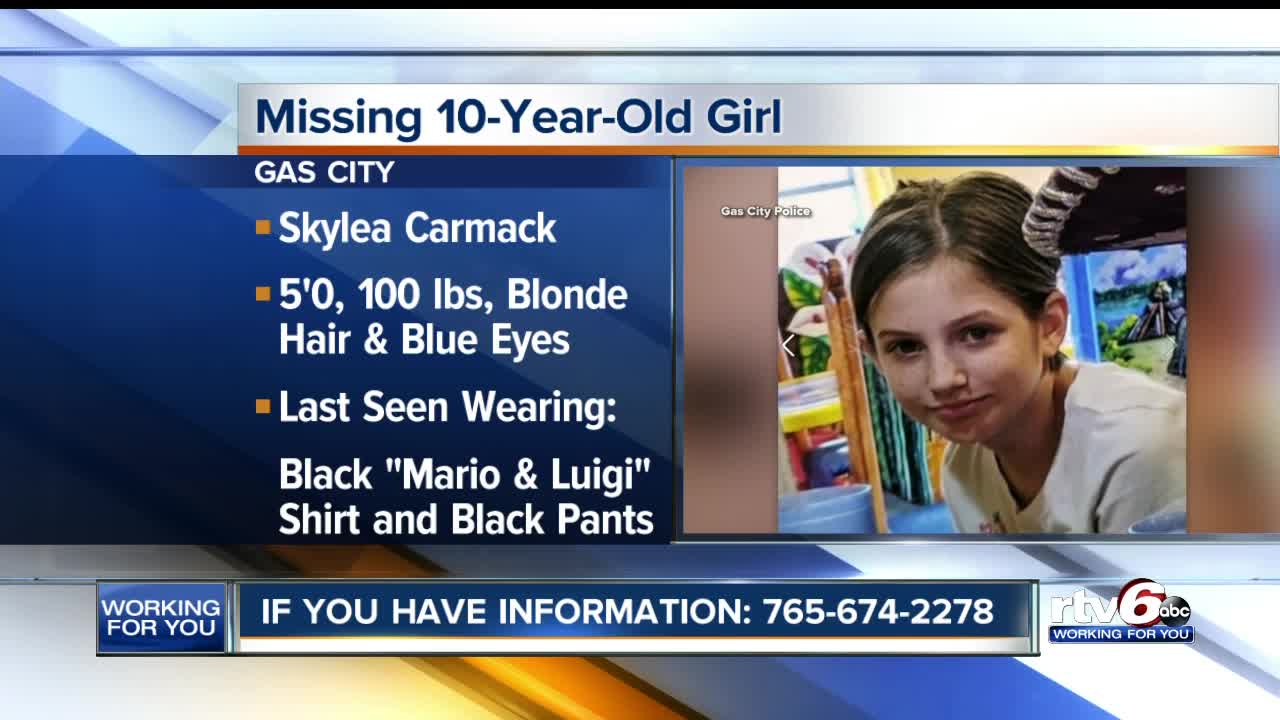 GAS CITY — The search for a missing 10-year-old girl in Northern Indiana is headed into a third day.

Authorities are looking for Skylea Rayn Carmack, who is 5-feet-tall, weighs 100 pounds and was last seen wearing a black Mario and Luigi shirt and black pants. Indiana State Police said Skylea was wearing teal Converse high-top tennis shoes and blue and silver finger nail polish, and might be carrying a pink backpack, blanket with puzzle pieces on it and a pillow.

Dozens of volunteers went door-to-door Monday passing out flyers with Skylea's picture and asking for information. Her father, Kevin Carmack, said his daughter disappeared without a trace.

"We haven't been able to find any tracks," he said. "None of her belongings laid around anywhere, so right now, we're just really in a panic because we can't find anything."

In a Facebook post Monday afternoon, the Gas City Police Department expressed its appreciation for people who have volunteered to pass out flyers and said it is working with Indiana State Police, the Grant County Sheriff's Office and officers from other agencies.

"We will let the public know if there is anything else you can do to help," the post read.

Skylea was last seen around 4 p.m. Saturday in the 200 block of South D Street in Gas City, and a Silver Alert was issued for her Sunday night.