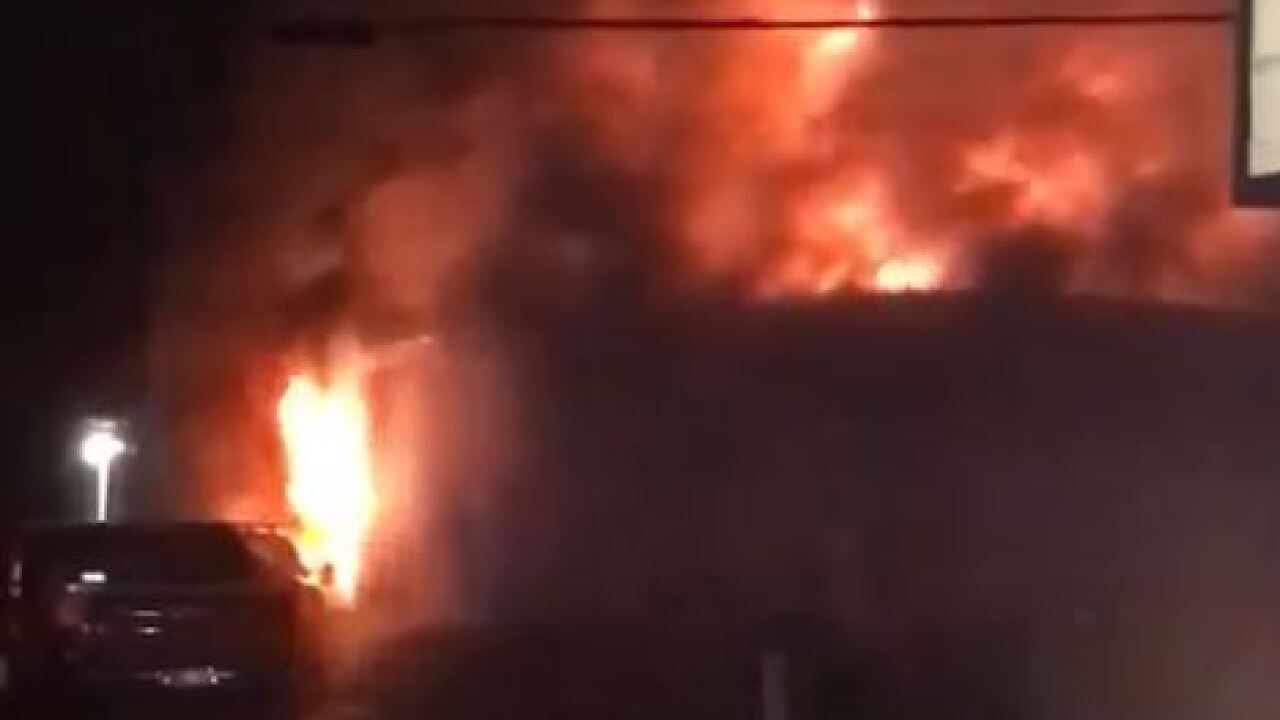 The fire broke out at the Red Diamond Diesel on National Road West around 6:30 p.m.

According to the Paladium Item, no one was in the building when it caught fire.

Witnesses captured video that shows large flames and at least one explosion at the scene. Firefighters believe the explosions were caused by vehicle fluids and chemicals that were kept inside the building.

The cause of the fire remains under investigation. The exact damage is still unknown at this time.