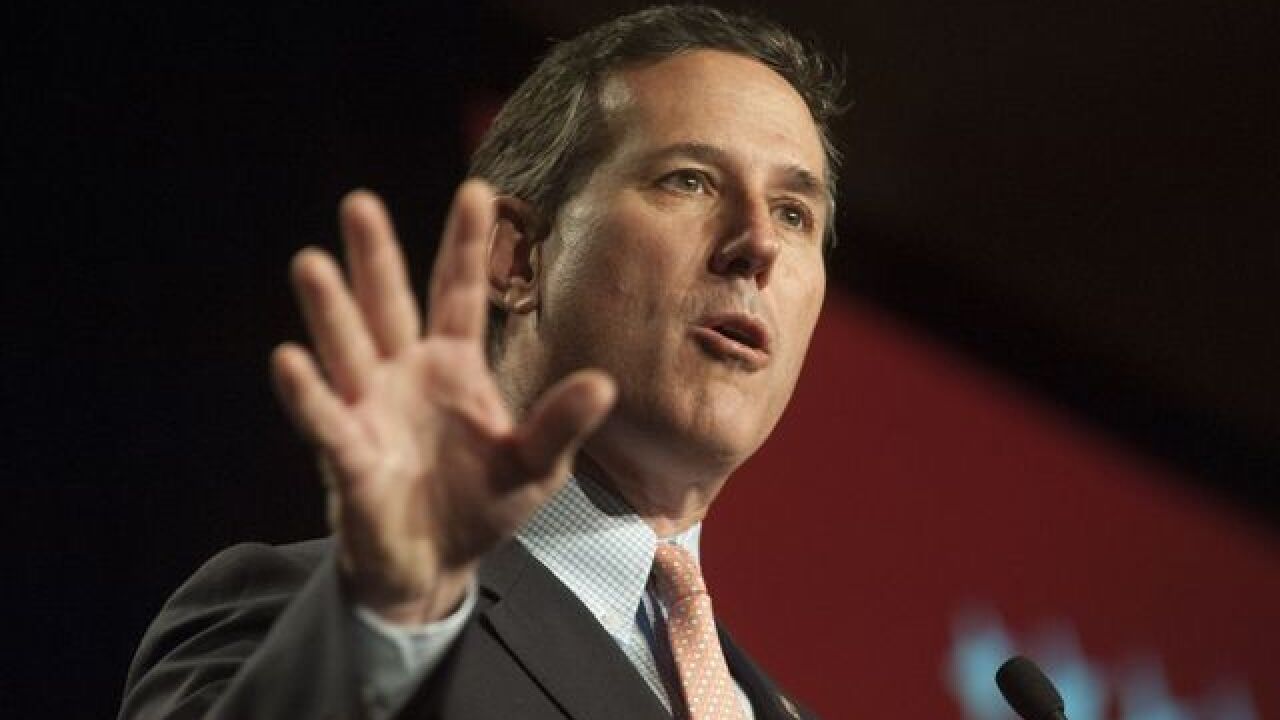 In Tuesday's debate featuring the four lowest-ranked candidates among the 13 Republicans vying for the presidency, presidential hopefuls attacked President Barack Obama for his handling of the Islamic State group and the admission of Syrian refugees.

The four candidates had to sit out the prime time debate featuring front-runner Donald Trump as their poll numbers were sitting at 1 percent.

Get the latest updates from Tuesday's debate here

Former Pennsylvania Sen. Rick Santorum says there is no way to safely bring Syrian refugees to the United States.

Santorum said at the GOP undercard presidential debate that it's "impossible" to check out the backgrounds of refugees coming from war-torn nations to ensure they are not planning to commit act of terrors once they arrive.

Santorum also argues that moving moderate Muslims and religious minorities out of Middle East will hurt the ability of Syria and Iraq to evolve into stable states once the Islamic State is defeated.

He says if refugees come to America, they're not going to go back to the Middle East. Instead, Santorum says people fleeing from Islamic State militants should be resettled in refugee camps in the region.

Santorum says the way to beat the Islamic State is to "take their land." But he says that should involve U.S. forces training fighters in Syria.

That's earning him a rebuke from South Carolina Sen. Lindsey Graham, who says: "You're not going to win it that way, Rick. ... There is nobody left to train."

Graham wants to send 10,000 U.S. troops into Iraq and 10,000 troops into Syria to fight as part of a coalition made up mostly of troops from Arab nations in the Middle East. He says: "There must be American boots on the ground in order to win. If you don't understand that, you're not ready to be commander in chief."

Former New York Gov. George Pataki says the U.S. should send troops, but should work with partners in the region such as Saudi Arabia.

Asked how many troops he would send to the region, former Arkansas Gov. Mike Huckabee says it would be a strategic mistake to announce such a detail on stage. He says "we're going to do whatever it takes."

That, too, wins a rebuke from Graham. He defends the specificity of his plan, saying, "I don't just make this up."

Santorum says Islam is not just a religion, but a political governing structure and legal system. He says, "The fact of the matter is Islam is different."

Graham says at least 3,500 American Muslims are currently serving in the U.S. armed services and deserve to be thanked.

"Your religion is not the enemy," he says.

He says Muslim-Americans are the solution to radicals.

Graham adds: "Leave the faith alone. Go after the radicals that kill us all."