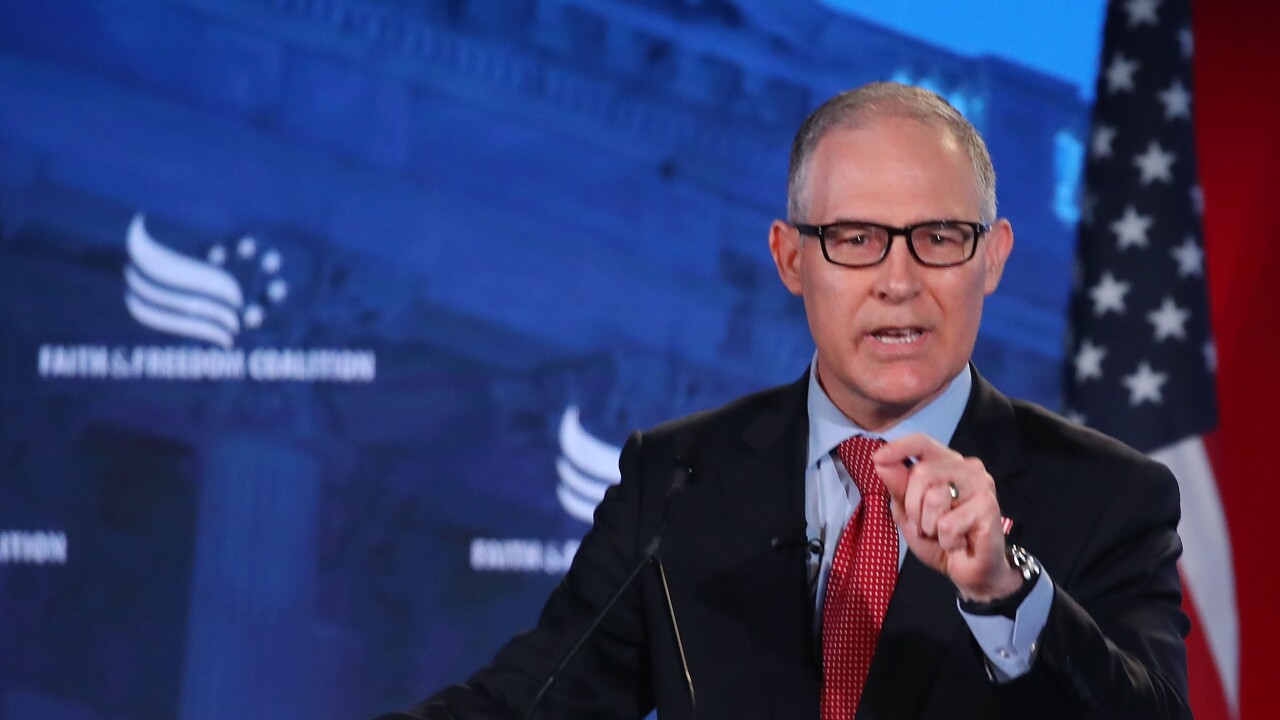 According to a press release from Hallador Energy, Pruitt is trying to “protect the ratepayers of Indiana from Vectren and NIPSCO rate increases.”

Vectren has requested approval from the Indiana Utility Regulatory Commission to build and operate a new natural gas-fired station and upgrade a coal station to comply with federal regulations. Vectren is requesting a rate increase to recover costs from those two projects.

NIPSCO is seeking IURC approval for three new wind energy projects across Indiana, with the cost recovery through a rate increase.

The IURC is an agency that oversees the rates of utility companies. It is not an advocate of the public nor the utilities, but instead attempts to make sure the companies provide service at reasonable rates.

Hallador Energy is specifically asking for a two-year moratorium on projects like what Vectren and NIPSCO are proposing. The company has asked the Indiana Chamber of Commerce for help in asking for the moratorium. But that didn’t work.

This week, the Indiana Chamber of Commerce released a statement about Hallador Energy’s efforts, refusing to follow along.

“Not one person we’ve talked to or heard from — except for Scott Pruitt and Rail Point — thinks the moratorium will benefit ratepayers,” Indiana Chamber President and CEO Kevin Brinegar said in a release. “The new language and explanation provided by Pruitt did not sway our energy policy committee (comprised of representatives of member companies from around the state) or our thinking that the moratorium is simply a bad idea.”

Both proposed energy projects are under consideration by the IURC. The OUCC, an Indiana agency that does operate on behalf of the consumer, is recommending that Vectren’s proposal be denied.