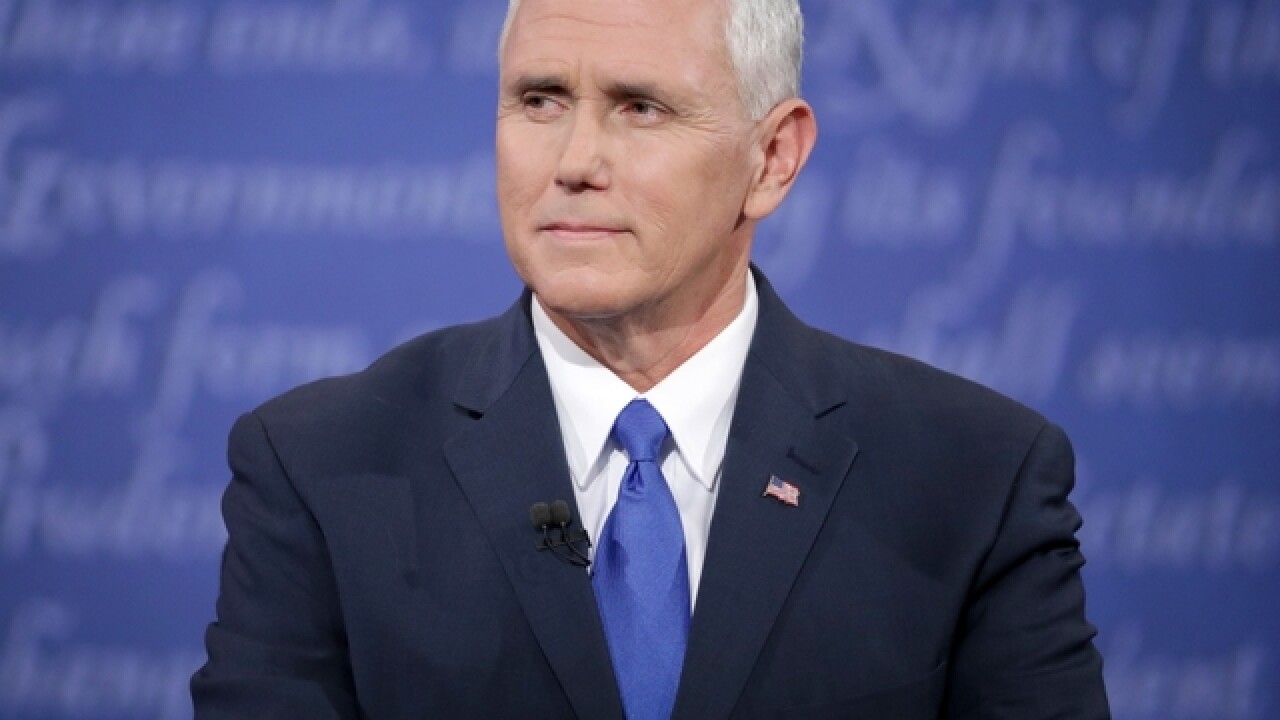 The filing, part of the regular financial disclosures required of all political action committees by the FEC, comes as Pence is refuting a New York Times story that he is considering a run for president in 2020.

Pence has pushed back strongly against the Times’ story, calling it “disgraceful and offensive.”

The latest filing to the FEC covers the period from Jan. 1 through June 30, although Pence didn’t file the paperwork to form the Great America Committee leadership PAC until mid-May.

At the time, Nick Ayers, the Trump-Pence advisor tabbed to run the PAC, told Bloomberg News that the vice president formed the PAC to “support House and Senate members who are helping pass the president’s agenda.”

Since then, according to FEC data, the Great America Committee has raised more than $540,000 in just two months, with those donations coming in large part from donors who identified themselves as presidents, vice presidents or executives of companies. FEC data shows the vast majority of the PAC’s donors contributed the maximum $5,000 allowed by campaign law – and, also, that the committee has had to return $20,000 in donations to donors who exceeded that amount.

Leadership PACs are commonly used by members of Congress to raise money and to donate funds to other politicians’ campaigns. Of the money Pence raised through his Win Back America PAC, $300,000 was paid out to support the campaigns of fellow Republicans running for Congress, including Sen. Todd Young (who, at the time, was running for the U.S. House of Representatives) and former Rep. Marlin Stutzman.

But unlike his Congressional PAC, Pence has donated almost nothing from the Great America Committee so far to other politicians – save for a $5,400 contribution to the Donald J. Trump for President committee. MO Strategies Inc. was formed in February by Marty Obst and Craig Kunkle.

Kunkle, a former director of e-commerce marketing and operations for Angie’s List, was the operations and finance director for the Bush-Cheney 2004 campaign in Indiana. He also served as the treasurer for Rep. Luke Messer’s 2014 congressional campaign.

Obst has been a long-time associate of Pence, serving in multiple roles in Pence’s gubernatorial campaigns, among them finance director, campaign manager and executive director. Obst was the director of vice-presidential operations for the Trump-Pence campaign, and also served as the deputy CEO of Trump’s presidential inaugural committee.

In addition, Obst was one of a group of Trump-Pence campaign staffers to form the pro-Trump America First Policies group following the election to continue advocating for the president’s agenda.

In a filing with the secretary of state’s office, MO Strategies lists its address as a PO Box in Westfield.

Ayers, who served as a senior advisor to then President-elect Trump’s transition team, is also, along with Obst, one of the members of America First Policies.

Ayers, as noted above, also runs the Great America Committee PAC itself.

The FEC filing lists the MO Strategies and C5 Creative expenses as “financial and political consulting.” Calls to Obst and Kunkle seeking comment on their role as consultants for the PAC were not immediately returned.