Fatal crash a reminder to slow down in construction zones 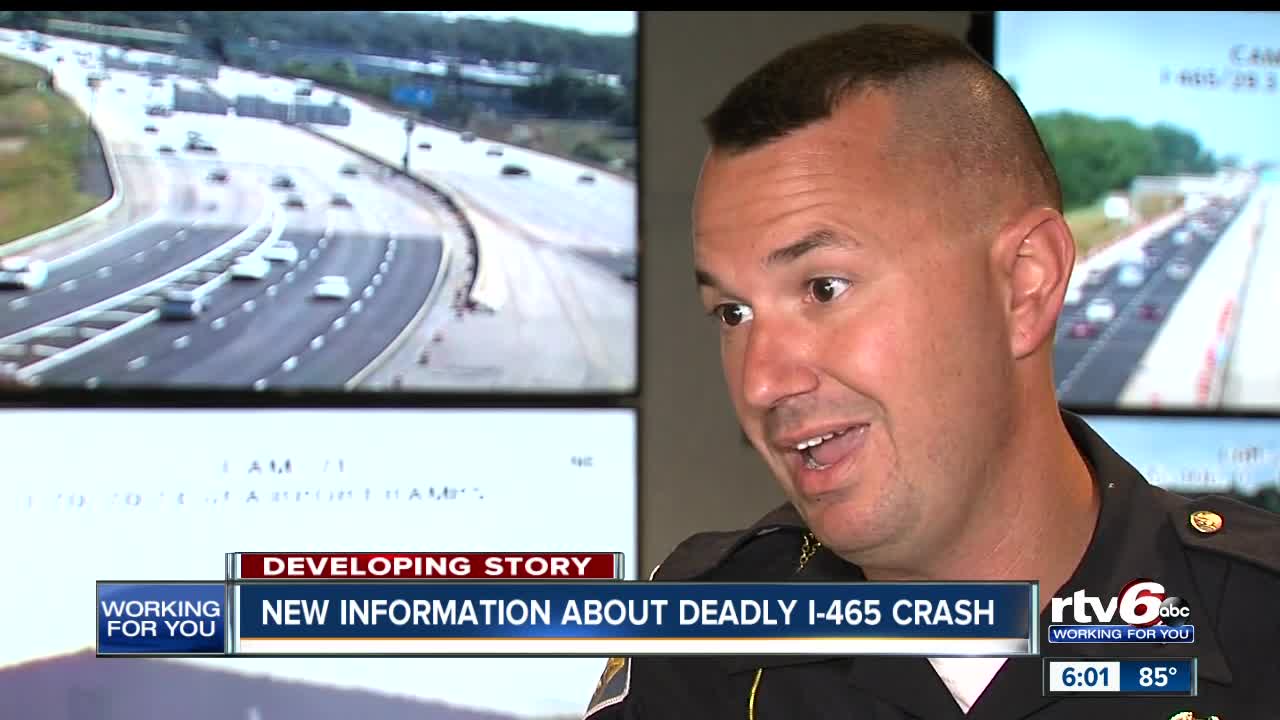 More information is being learned about the semi driver who was arrested following Sunday's crash that killed a woman and her two 18-month old twin daughters.

INDIANAPOLIS — New information is coming to light about Sunday's deadly multi-vehicle crash that took the lives of a mother and her two young children and injured seven others.

Indiana State Police say the truck driver, Bruce Pollard, was going too fast likely leading to the fatal crash on I-465 near Keystone Avenue. As several construction projects are underway right now along the interstates, this serves as a horrific reminder to slow down in construction zones.

"You know it's real unfortunate. And what I see every day is examples of selfish driving. People only worry about themselves and getting to their destinations," Indiana State Police Sergeant John Perrine said.

Pollard was behind the wheel of a semi truck when he allegedly barreled into stopped traffic, first hitting a car with that killed 29-year-old Alanna Norman Koons and her two 18-month-old twin daughters, Ruby and June.

"Right now, preliminarily, we think this driver was just going too fast," Perrine said. "Maybe lack of attention or something happened. Causing him to run into the back of that traffic at a very high rate of speed."

That set off a chain reaction, hitting six other cars, as well. Of those, two people were critically injured and six others were sent to the hospital.

Pollard has been preliminarily charged with reckless homicide and criminal recklessness causing injury.

There are several construction projects underway now with the I-65 closures and other lane restrictions for road repaving and bridge repairs causing confusion. There were lane restrictions on the north side near this crash.

"This is the most we've had in Marion County in a long time," INDOT media director Mallory Duncan said.

"As soon as you start seeing those orange signs, the barrels, the flashing lights, message boards, whatever it may be, you need to heighten your attention," Duncan said. "Need to be prepared for lane shifts, for congested traffic, lane closures, shoulder closures, emergency vehicles, the list goes on and on."

Since this crash, two other people have been killed along the interstates, as well. A car ran off the road and hit a concrete wall on I70 near the north split. Police believe alcohol was involved. And Monday morning, a passenger on a motorcycle died on I-65 near Lafayette Road.

Both were also in construction zones.