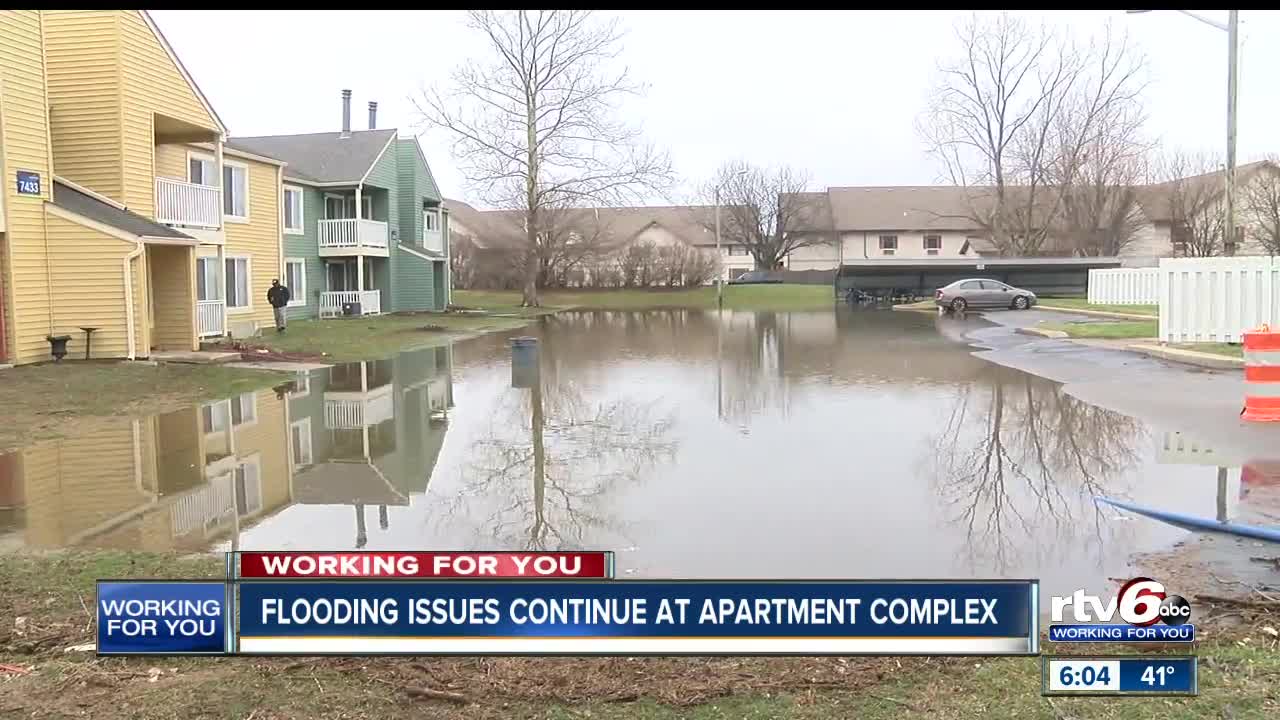 Frustration is mounting among residents at a Castleton apartment complex after a retention pond overflowed during last weekend's heavy rain and flooded the parking lot. 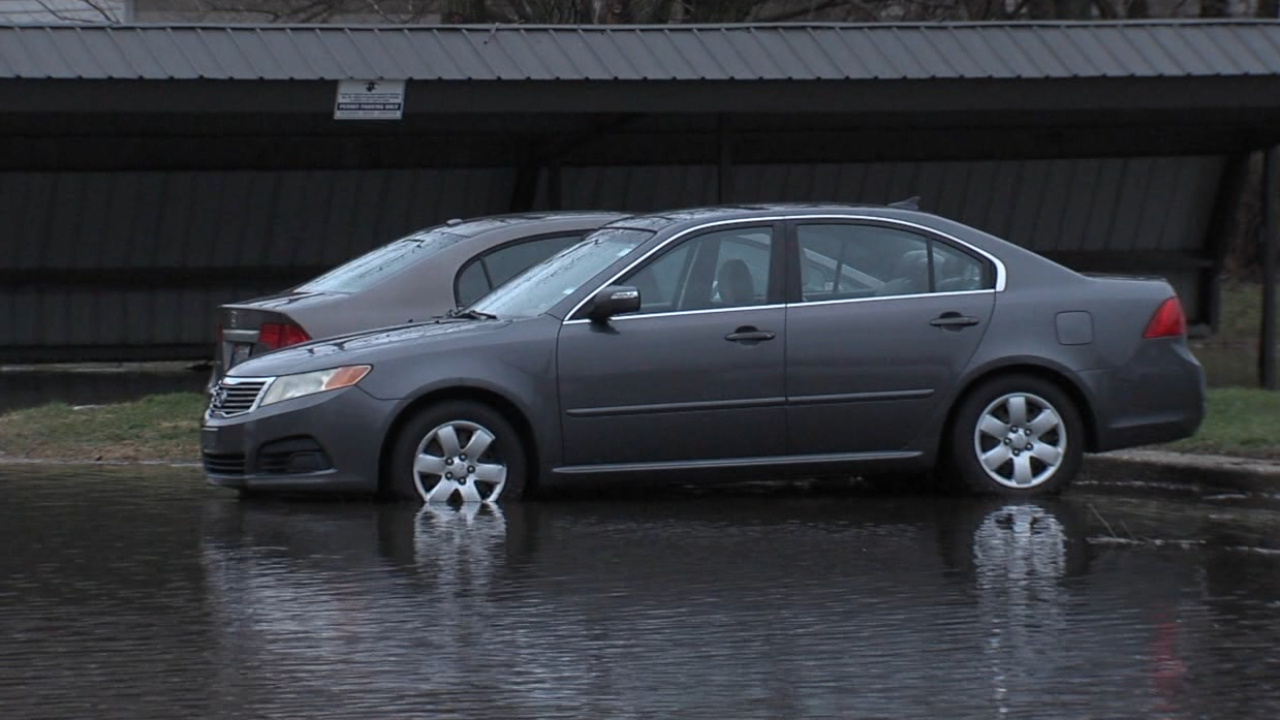 INDIANAPOLIS — Frustrations are mounting at a Castleton apartment complex where a flooded parking lot has left cars ruined and apartment access blocked.

Residents said they have never seen flooding to this extent two days after a retention pond overflowed at the Waterside of Castleton apartments. They said they are having a difficult time getting any answers from management.

"It's extremely frustrating," Dwight Washington Jr. said. "No one knows anything. No one can give any direction. No one knows what next steps are going to be taken."

A manager at the leasing office directed RTV6 to her boss at Musing Management's corporate office. We tried calling and stopping by, but they declined to comment on what happened and what is being done to help residents.

"We are good paying customers. We pay every month on time, a pretty significant amount, some of us, so I don't think communication is a lot to ask for," Washington Jr. said.

Those who have heard from management aren't happy with the message residents are getting.

"They have no idea why it happened and they can't control Mother Nature," Travis Lantz said he was told.

The complex sits next to a retention pond that has a drainage pipe leading to land owned by the Indiana Department of Transportation. An INDOT representative said they sent a crew out to make sure there wasn't a blockage on their end.

Residents said they hope something is done before the next rainfall.

"The immediate concern is that we will get slammed again before a solve has come into place and before this water has had time to dissipate," Washington Jr. said.