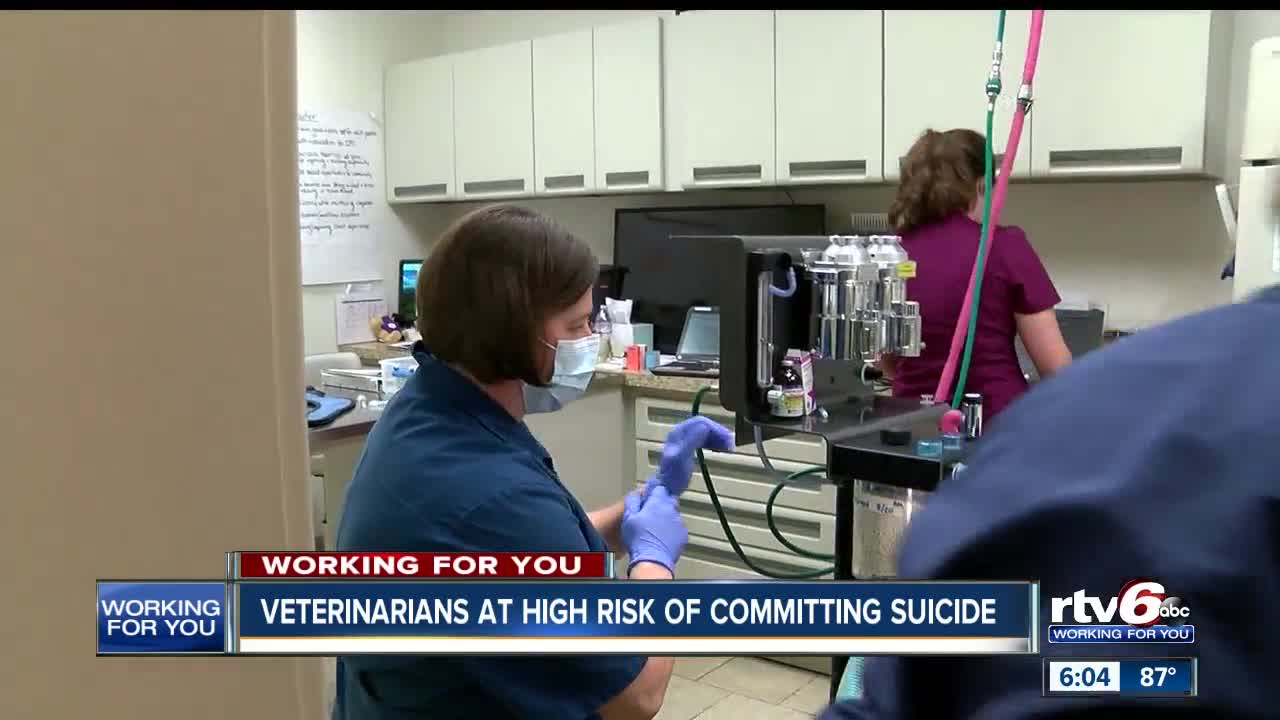 Veterinarians are taking their own lives in alarming numbers. Vets are two to three times more likely to die by suicide than the general population. 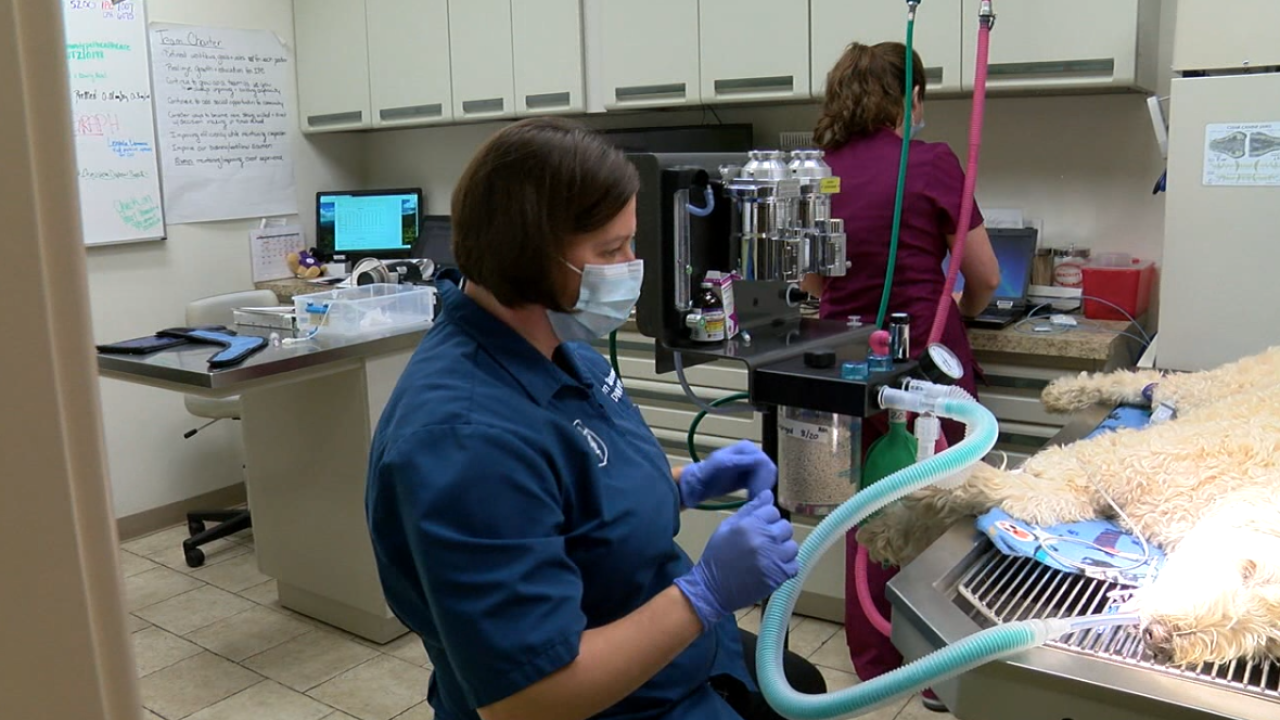 INDIANAPOLIS — Veterinarians are taking their own lives in alarming numbers.

Vets are two to three times more likely to die by suicide than the general population.

"We are the only medical profession that physically advises towards euthanasia or death and we actually physically deliver it," Dr. Jennifer Quammen, veterinarian, said.

There's a lot of stress that comes with being a veterinarian.

"Burn out, compassion, fatigue, moral fatigue — those are all things that we deal with on a daily basis," Dr. Quammen said.

While some might get into the profession because they love animals, they're harshly woken to a reality.

"I might go from an exam room working with a puppy or kitten to walking next-door and doing euthanasia," Dr. Quammen said. "And that's a huge mental swing."

Dr. Quammen has known many people in her profession who have taken their own life.

"I knew people even when I was a technician; I knew people within the profession that had died by suicide," Dr. Quammen said.

"One in six. So, this idea that one in six practicing veterinarians, or veterinarian students, or even technicians, have contemplated suicide within the last year," Dr. Quammen said. "And I looked around, and I thought, 'well there's six associates in this practice, and it's not me, so, oh my gosh, it could be one of them.'"

The Centers for Disease Control and Prevention found male vets are 2.1 times as likely, and females are 3.5 times as likely to die by suicide compared with the general population. This is especially concerning as more than 60 percent of vets are women.

"We talk about euthanasia, we guide people toward it, we physically deliver it and so at one point when you're in a down place yourself, why would you not naturally think, 'oh if I'm counseling a client that that's an OK thing, that I can see this as a way out as well?'" Dr. Quammen explained.

Things like pricey medical school debt but getting paid less than half of a typical physician or surgeon — and a tendency to isolate — makes veterinary one of the top professions at risk for suicide.

Dr. Quammen says this issue is widely being talked about in vet schools. Many have employed social workers and mental health providers.

If you suspect someone is struggling, reach out. Do not be afraid to ask how they're doing.

Here are signs to watch for:

"Just think of the flipside of that," Dr. Quammen said. "If I don't ask and this person happens to harm themselves, I don't think I could live with that."

Experts say your role is not to be a mental health professional, but you should find out if something is going on. Ask how they are doing, and then refer them to the suicide helpline.