After 20 years, Bob Knight returns to cheers at Assembly Hall 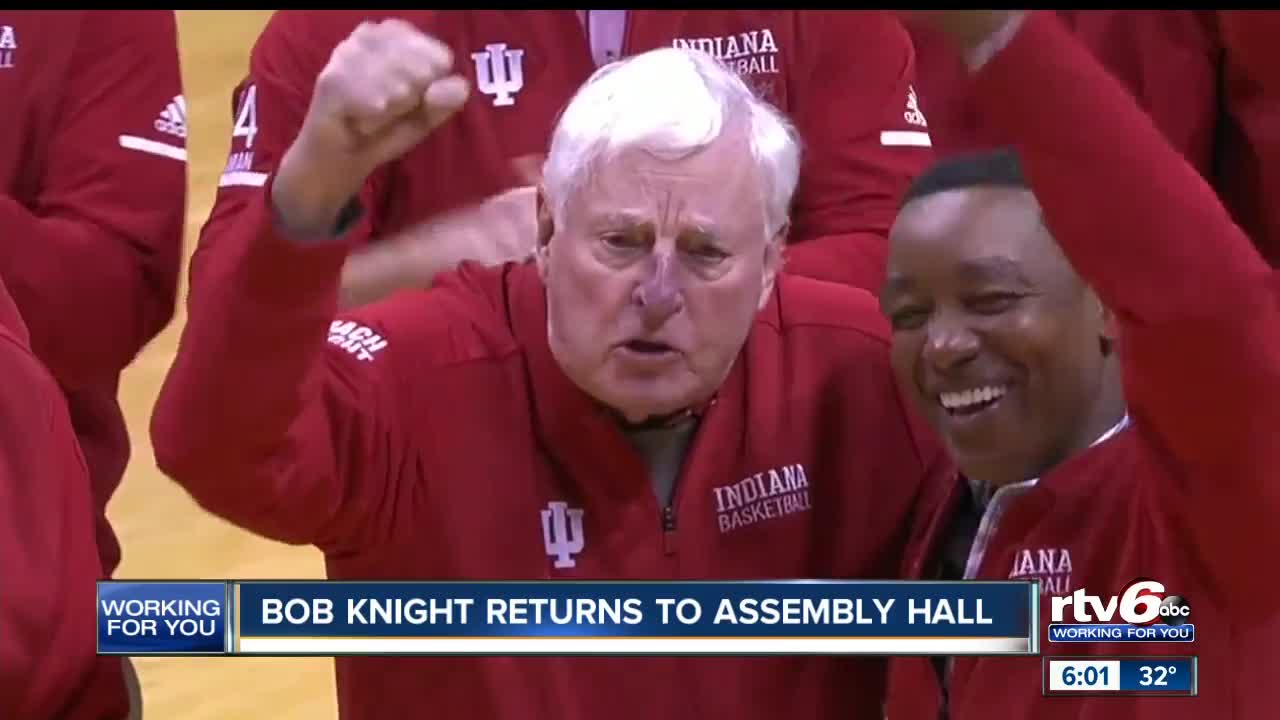 Legendary IU basketball coach Bob Knight returned to Assembly Hall for the first time since his controversial firing in September 2000. 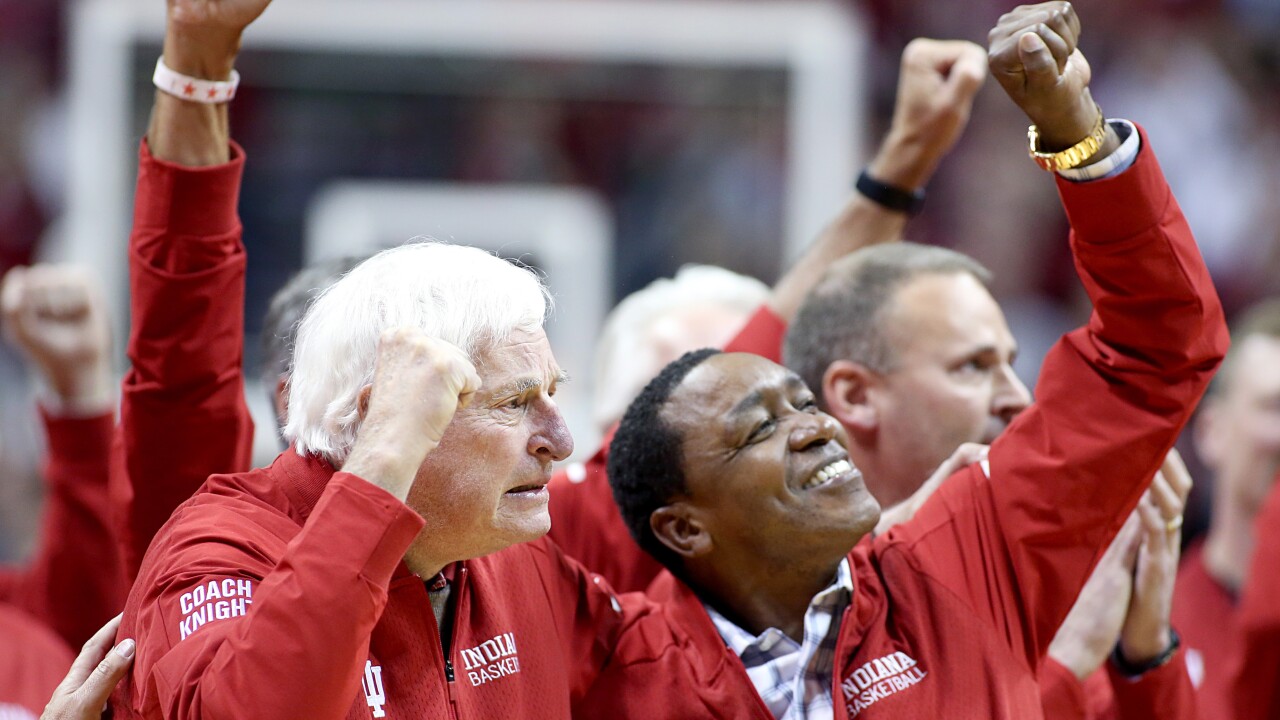 It ended his 20-year journey back to Hoosiers basketball.

Surrounded by dozens of former players and thousands of Indiana fans chanting "Bob-by, Bob-by," the 79-year-old Knight finally returned to his home court Saturday to a rousing welcome on a day when the Hoosiers lost 74-62 to Purdue.

“We love you, Bobby,” one fan shouted from the crowd.

Hoosiers fans spent years waiting and hoping they could give the once combustible coach the proper reward for everything he did in 29 seasons in Bloomington — three NCAA championships, a school-record 662 victories, 11 Big Ten titles and five Final Four appearances.

But the firing on Sept. 10, 2000 created a bitter split between Knight and the university. He declined opportunity after opportunity to reunite when his championship teams were honored. He even declined to come back for his induction into the school's athletic Hall of Fame in 2009 because he didn't want to detract from the other class members.

And then, suddenly, it was all over.

With the Hoosiers playing their biggest rival, Purdue, with longtime friend and rival Gene Keady in the arena and his 1980 Big Ten championship team being honored, Knight put aside his grudge and walked to midcourt with his son, Pat, and former players Quinn Buckner and Scott May.

He led the crowd in a chant of "de-fense" and when his former players gathered round, he hugged some of them. Among them was Hall of Famer Isiah Thomas, who led the Hoosiers to the 1981 national title. He even playfully messed around with television announcer Dick Vitale.

No, he wasn't dressed in his trademark red sweater. Instead, he wore a red Indiana basketball warmup jacket.

And he wasn't as loud or fiery as he was all those years ago. He needed help as he shuffled back to the court and he had to stop a couple of times on his way. He seemed to enjoy the moment every bit as much as those inside Assembly Hall.

It took years to mend the relationship.

Athletic director Fred Glass stayed in touch with Knight, hoping one day the icy relationship would thaw. Then last spring, Knight surprised everyone by showing up for an Indiana baseball game.

He also moved back to Bloomington last year and there was speculation for weeks he might soon return to Assembly Hall.

Knight made public appearances around the city and state, making speeches, signing autographs and attending games and practices.

Some thought he would come back to watch his alma mater, Ohio State, when the Buckeyes visited Assembly Hall on Jan. 11. Instead, he went to Marian, an NAIA school in Indianapolis, where one of his former players, Steve Downing, is the athletic director.

Knight hadn't been back to Assembly Hall since he was fired after a student accused Knight of grabbing him in the hallway of Assembly Hall. The university had initiated a zero-tolerance policy for Knight earlier that year following an investigation that he choked a former player, the late Neil Reed.

Knight finished his career at Texas Tech, retiring in 2008 with a then-record 902 victories.

“Nowhere was basketball more appreciated than in the state of Indiana.” pic.twitter.com/mjnbUCCeJV

Bob Knight will watch the game with members of the 1980 team, among other former #IUBB players, in Cook Hall.

He’ll be introduced with the 1980 team, in Assembly Hall, at halftime.

Oh, and he’s looking for a game program. Can’t make this up.