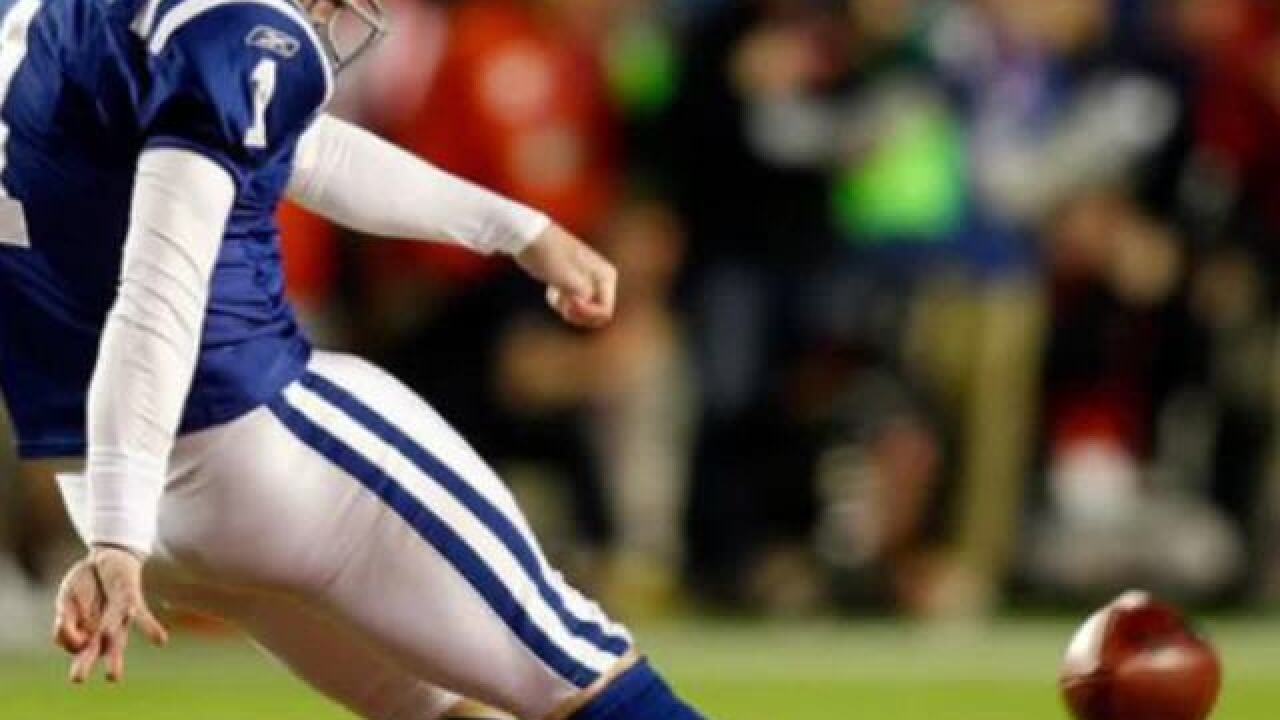 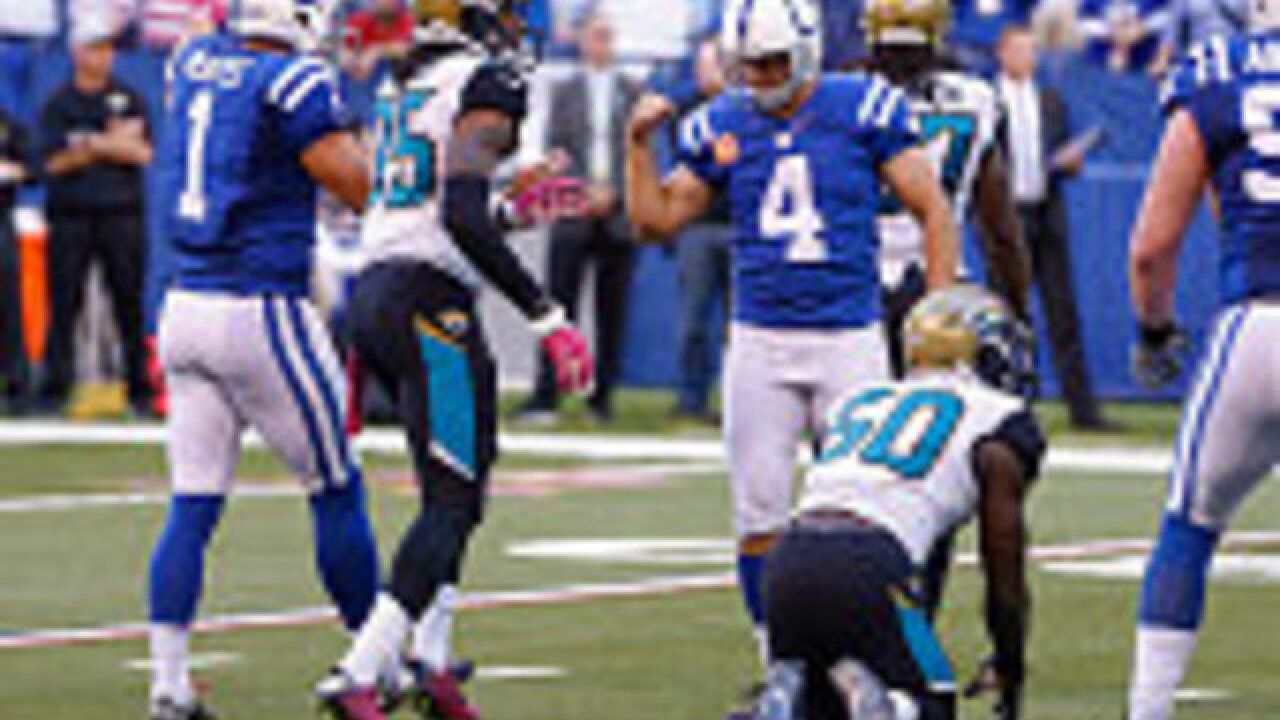 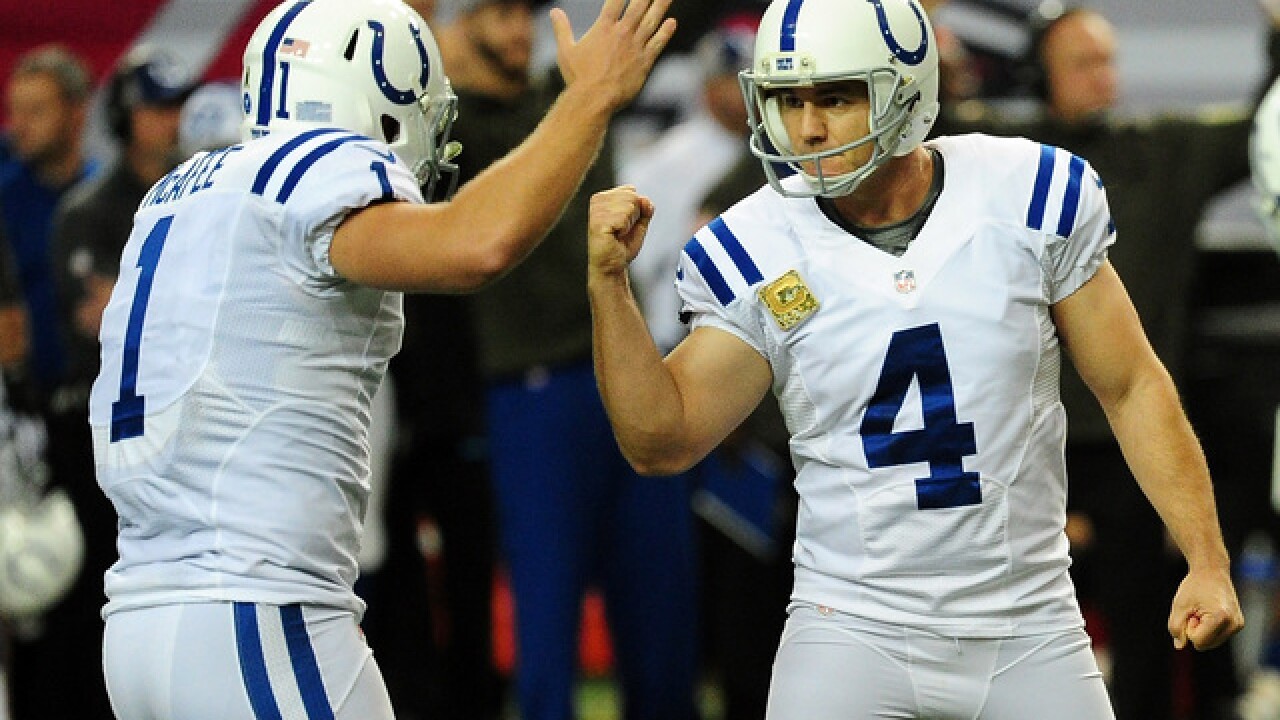 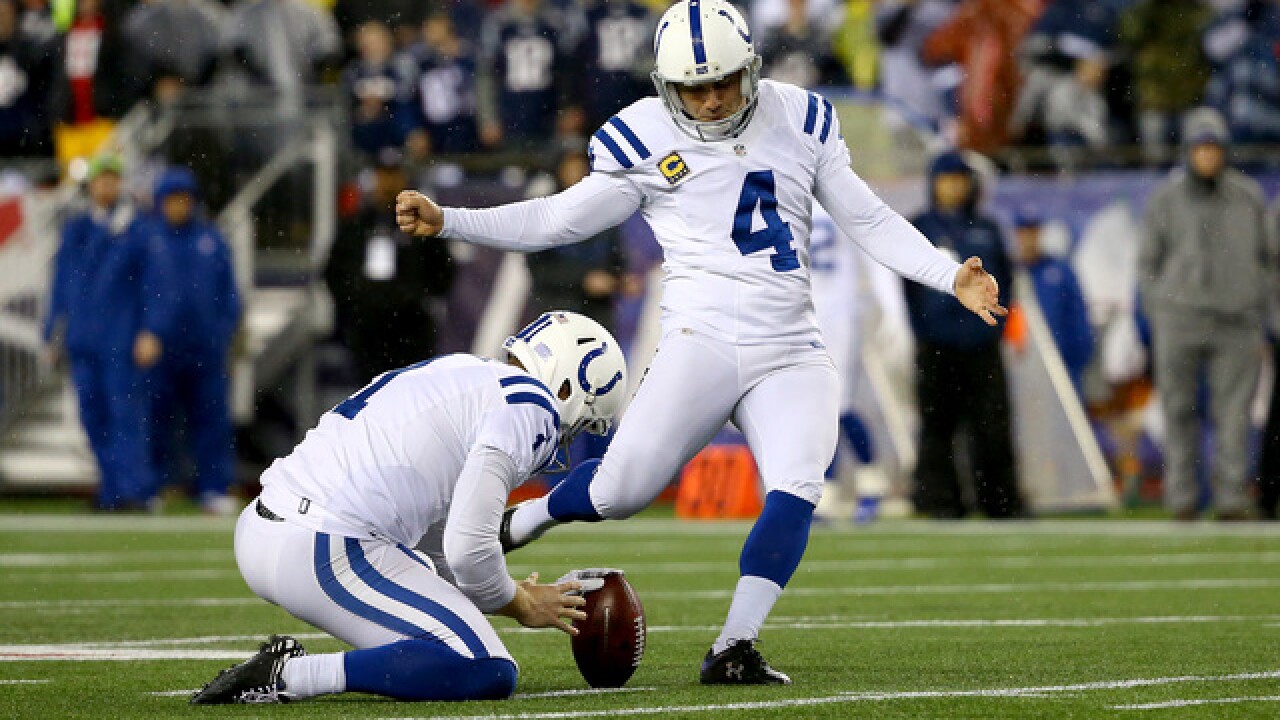 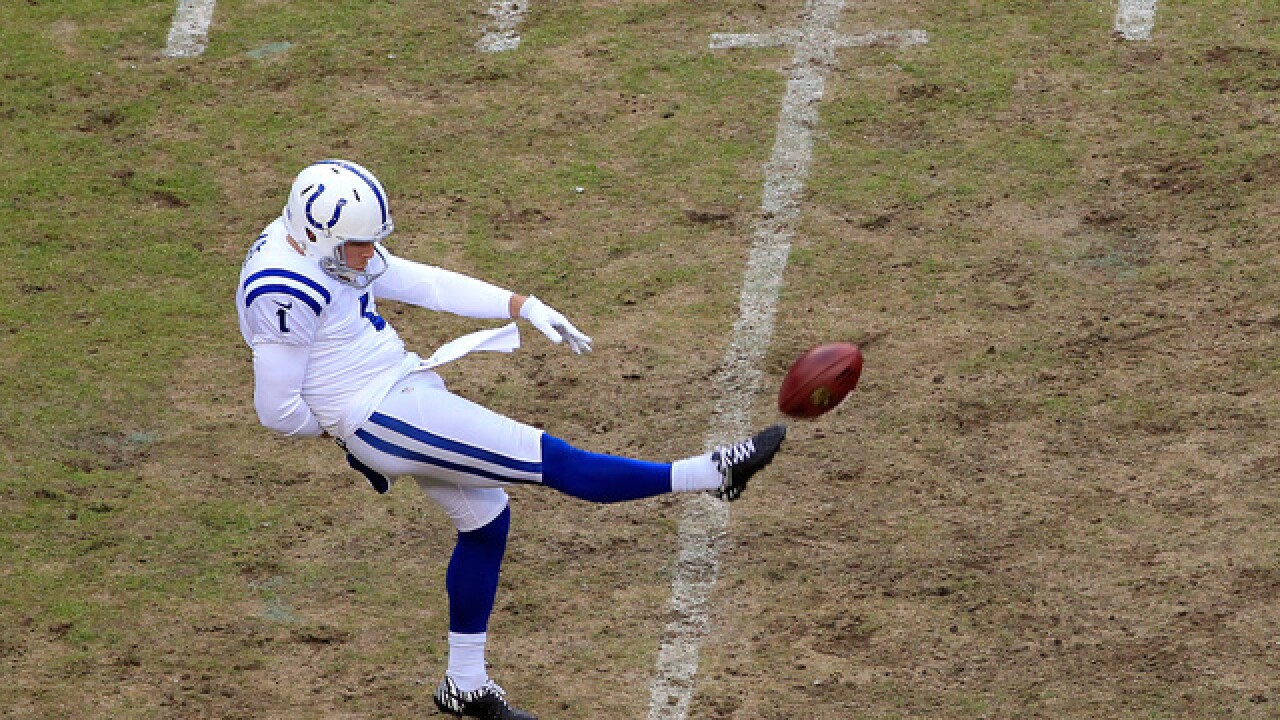 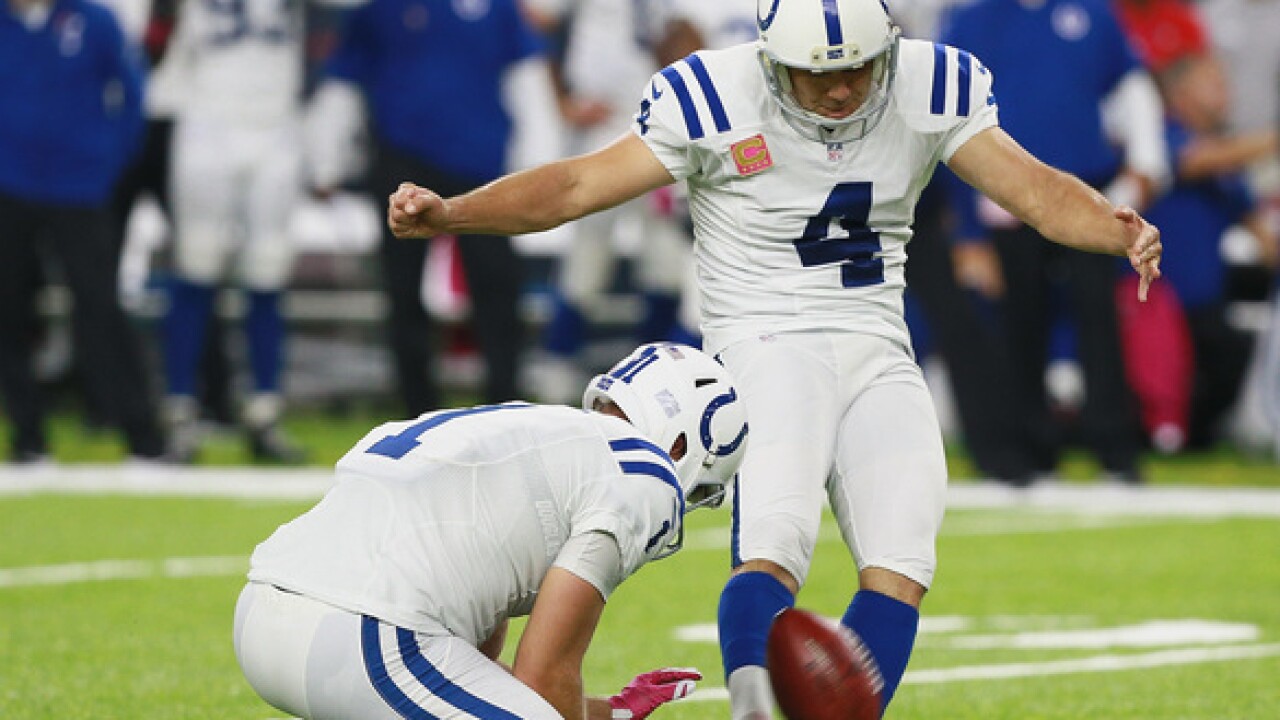 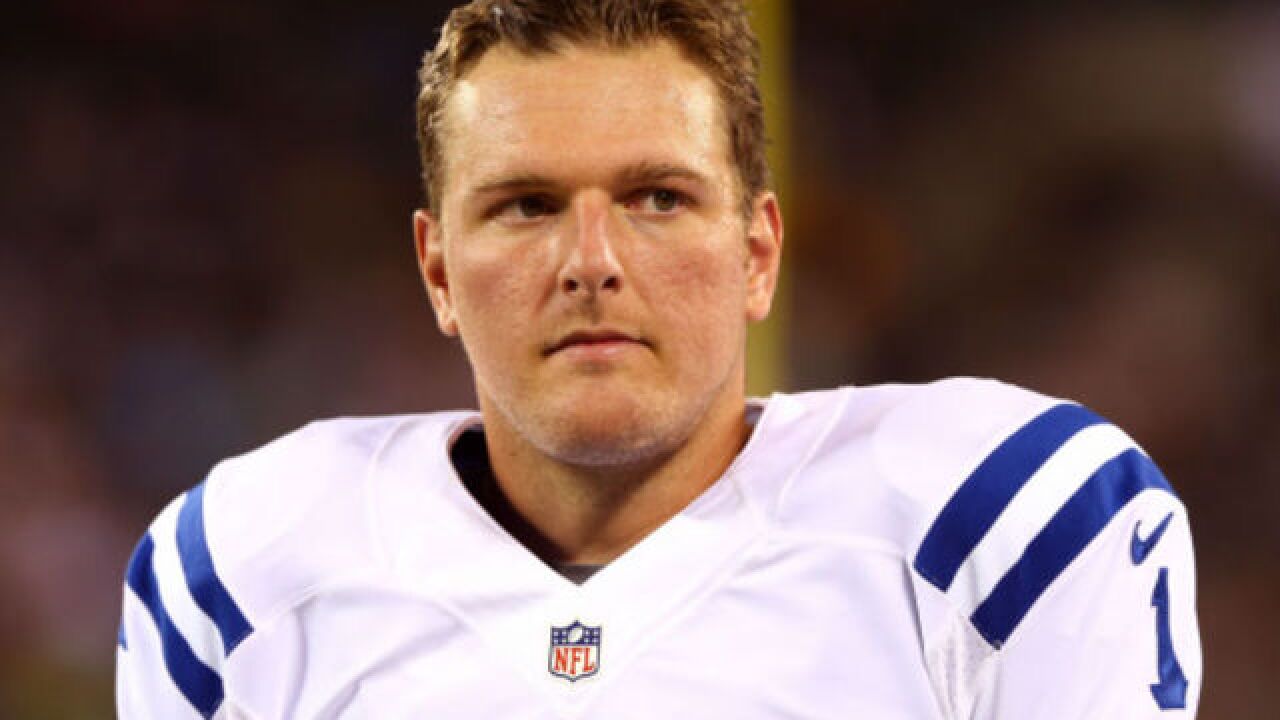 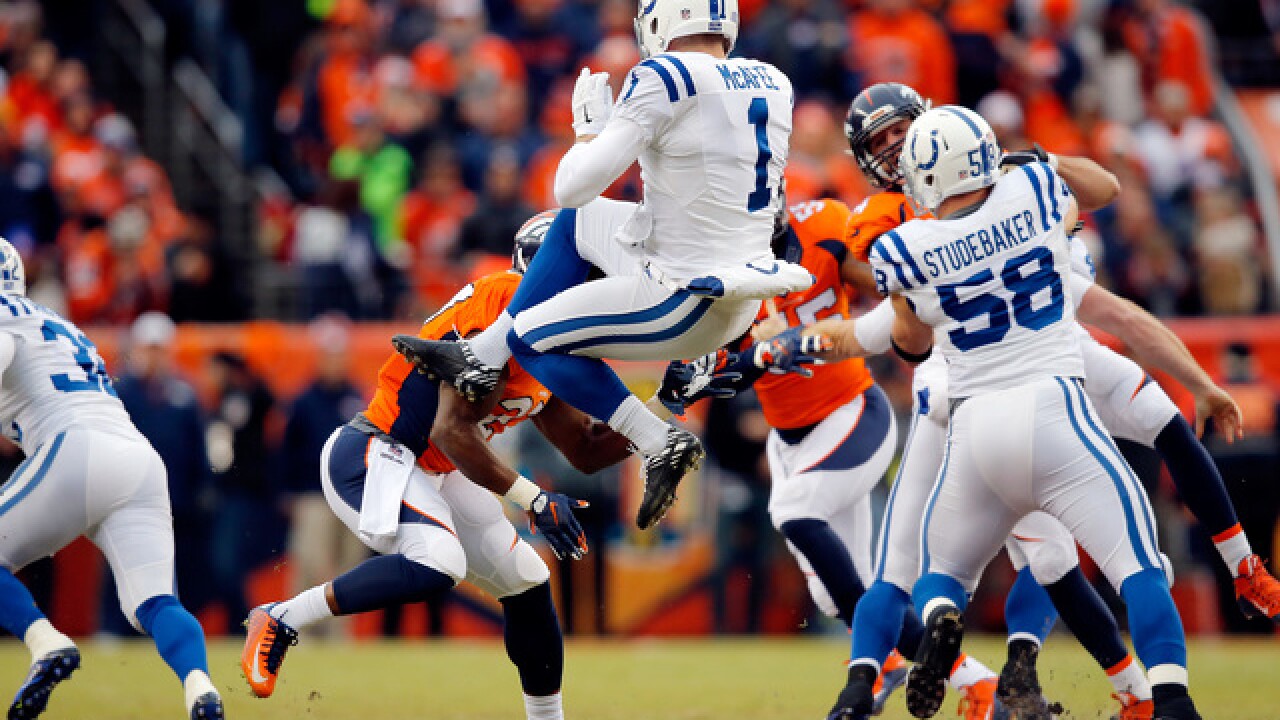 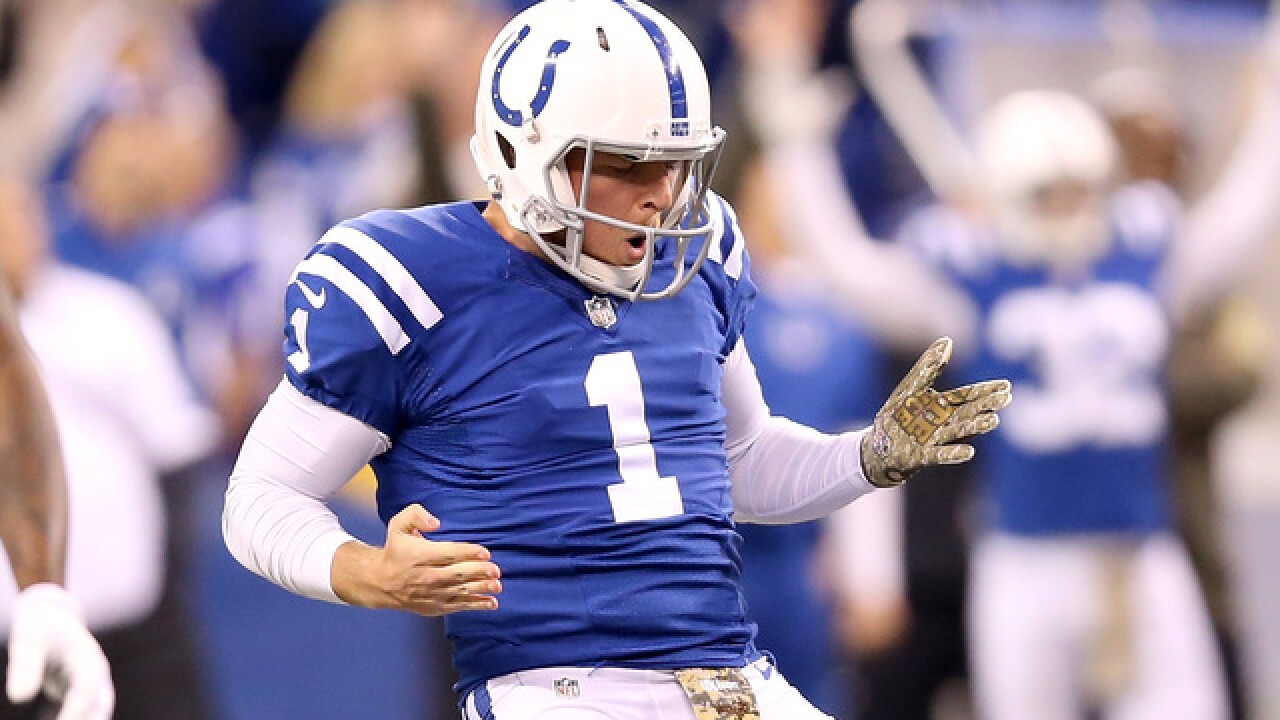 The 29-year-old first announced his retirement at an "Emergency Press Conference" on Comedy Central's "Barstool Rundown" just before 12:30 a.m. Thursday.

“As of today, I am officially retiring from the NFL. Although I love Jim Irsay and the Indianapolis Colts organization, I want to turn my focus to making the world a happier place, with more laughs as opposed to just kicking the ball on fourth downs every once in a while,” McAfee said during the comedic segment.

McAfee also wrote a letter to his fans in Indiana that he shared on his Twitter page. In it, he described his career, the ups and downs and why he was leaving.

"Staring down my 3rd knee surgery in 4 years, with more surgeries certain for the future, I started listening to their offer," he wrote.

McAfee said the company wanted him to re-locate to New York, but he told them he could never leave Indianapolis. He decided to join Barstool Sports after they offered to give him his own headquarters in downtown.

"Could I have played a couple more years? I think so, but I know that to be great in the NFL, which is what my teammates and Colts Nation deserves, I have to focus completely on kicking balls. I'm at the point now, where I want to shift my obsessive like focus, to making the world a happier and hopefully, a better place. I love Indiana, and I'm excited to show the world why. Thank you so much for everything. I will continue to repay you for the rest of my life. Cheers," he wrote.

The Plum, Pennsylvania native joined the Indianapolis Colts in 2009 as a seventh-round draft pick from West Virginia University.

The two-time Pro Bowl punter is also known for his stand-up comedy and has made a name for himself in Indiana through his philanthropy, especially since his arrest in 2010 for public intoxication.

He was suspended for one game for that arrest and later apologized to fans for the incident.

"It won't happen again. I know that for a fact," McAfee said at the time. "I will never put my team or my family through the embarrassment that has happened."

And he's been clean-cut since. McAfee made his stand-up comedy debut in 2015 when recorded the show "Pat McAfee: Uncaged."

Last September, McAfee raised over $150,000 for Kokomo tornado victims through his comedy show, "Cracking up for Kokomo."

And in November, he raised money for homeless Indianapolis veterans as part of "Salute to Service" month. He's been nominated for the NFL's Salute to Service Award for the past two years in a row.

Through McAfee's foundation, he has provided more than $250,000 in scholarships to the children of military personnel. And he's given Colts tickets and meal vouchers to several military families during each game.